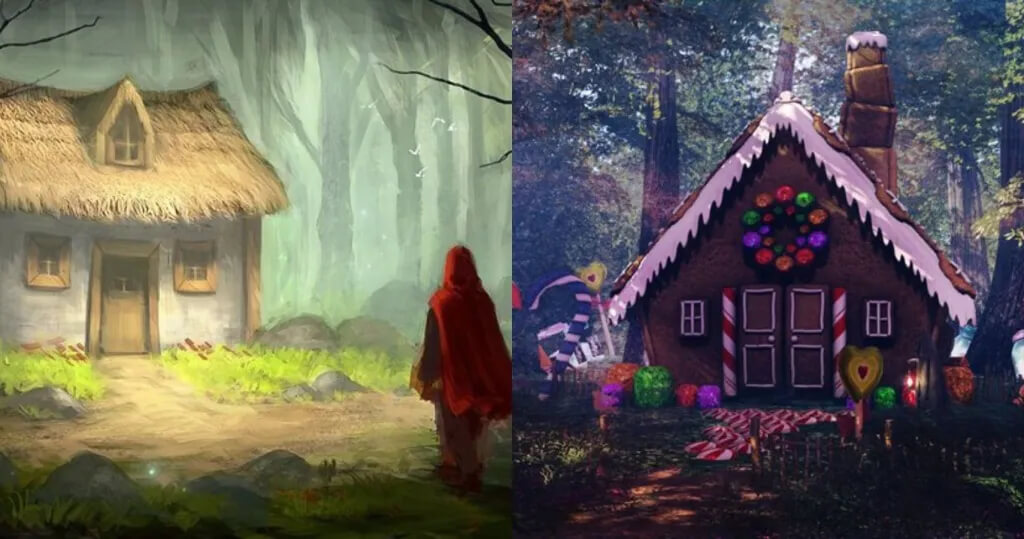 All over Ireland, farmers still leave untouched tracts of their land, where very ancient ruins, the so-called “ring forts”, are located. It is believed that these are the houses of the fairies.

If you think that fairies are just a relic of Ireland’s mythological past, you are greatly mistaken.

Just two generations ago, the Irish would shout loudly as a warning before pouring dirty water out the street door to warn the fairies not to hurt them.

The first glass of a freshly brewed batch of potina (a traditional Irish strong alcoholic beverage) was always displayed for the fairies, just to keep them there.

The first President of Ireland, Douglas Hyde, who held this post until 1945, sincerely believed in fairies, as did the famous Irish Nobel laureates, the poet William Yates and the writer Samuel Beckett.

For a very long time, the Irish have followed a special set of rules, passed down from generation to generation, with the sole purpose of not annoying fairies. In the Irish tradition, fairies were not even called fairies proper, as this was considered rude, instead it was customary to call them “good people” or “little people”.

Although modern Irish people for the most part no longer brew potion at home and warn fairies about pouring dirty water, they still adhere to one big fairy-tale superstition – they refuse to “invade” the “land of the fairies”.

All over Ireland, farmers still leave untouched tracts of their land, where very ancient ruins, the so-called “ring forts”, are located. It is believed that these are the houses of fairies, and although they are heavily overgrown with bushes and it is often said that this is a waste of fertile land, they are still not touched – they are not plowed up, they do not create pastures for sheep here, and they do not build up.

Farmers in Ireland today are extremely superstitious and would rather have these lands idle than risk the wrath of the fairies, which can lead to anything from the death of farmers to crop failure.

In 1999, the local council in County Clare was forced to change the plan for a new freeway to avoid damaging the fairy tree after it came under pressure from Irish folklorist Eddie Lenihan. The latter expressed concern that if the “fairy tree” is destroyed, the curse of the fairies will fall on the whole road and there will be frequent accidents in which people will die.

According to Lenihan, this tree and the nearby groves are the meeting place for the fairies of Munster, where they wage battles against their fellow Connaught.

Lenihan wrote a letter to The Irish Times, which was later published even in The New York Times in an article entitled “If you believe in fairies, don’t bulldoze their house.” After changing the highway plan, the fairy tree was safe and everyone breathed a sigh of relief.

The next confrontation between old traditions and modern needs occurred in 2007 when the construction of the M3 motorway through the historic Tara-Skirn valley began. Despite numerous protests over the archaeological importance of the area, work continued, with frequent accidents.

One activist attributed these misfortunes to the curse of the fairies because there were several ancient ring forts next to the highway under construction. The fairies, he said, had a hand in the following incidents – the death of one worker, the serious injury to the chief health and safety inspector from a falling tree, the arrest of the Environment Minister by an armed gang, and the general economic downturn in Ireland at the time.

As recently as 2017, Irish politician Danny Healy Ray wondered if the ongoing technical problems on the Cork-Killarney road were caused by fairies’ sabotage, as the area also has ring forts. Journalists were skeptical and had already begun to ridicule the politician, but Healy Ray stubbornly stood his ground, claiming that centuries-old traditions tell him that these places should never be touched.

Surely the Irish public takes the potential threat of fairies in the form of mischief and curse seriously, but what do the experts on tradition and folklore think? How do they explain such an anxious attitude of even modern residents of the country towards “little people”?

Kriostoir Mac Carthai, director of the National Folklore Collection at University College Dublin, notes that in the past, Ireland was a completely different world and was a much darker place.

The Irish Folklore Commission has recorded thousands of stories from all over Ireland about incidents and events involving fairies.

Mac Carthai notes that there is another dark moment with the Irish fairies and this superstition is one of the most enduring. He’s talking about the changeling phenomenon.

“In Ireland, there is the idea that fairies kidnap children and put a changeling in their place. The changeling could be an old fairy dressed to look like that child. some other wasting disease and because of this he could not develop normally in childhood. People asked themselves why this is so, and one of the popular explanations was “probably a changeling, not a real child.”

As for the ring forts, then Mac Carthai also has an explanation for this.

“One of the factors that has led people to associate ring forts with fairies is that many ring forts have so-called ground passages, which are underground passages that were probably used for storage purposes and for hiding valuables. the passages led a narrow disguised entrance and this gave rise to the idea that the fairy forts are interconnected, that you can walk underground from one to the other. “

Thanks to smartphones these days, everyone has scientific information and explanations for strange phenomena, but McKarthai says that doesn’t necessarily solve the puzzle. And in a country where fear of fairies still affects the physical landscape, the actions of farmers, road engineers and the words of politicians, it is fair to say that “little people” are allowed to play a role in the life of modern Ireland.

McKarthai summarizes his beliefs about this in a short phrase: “Do not go against convention, this is not good – respect the land and respect history.”