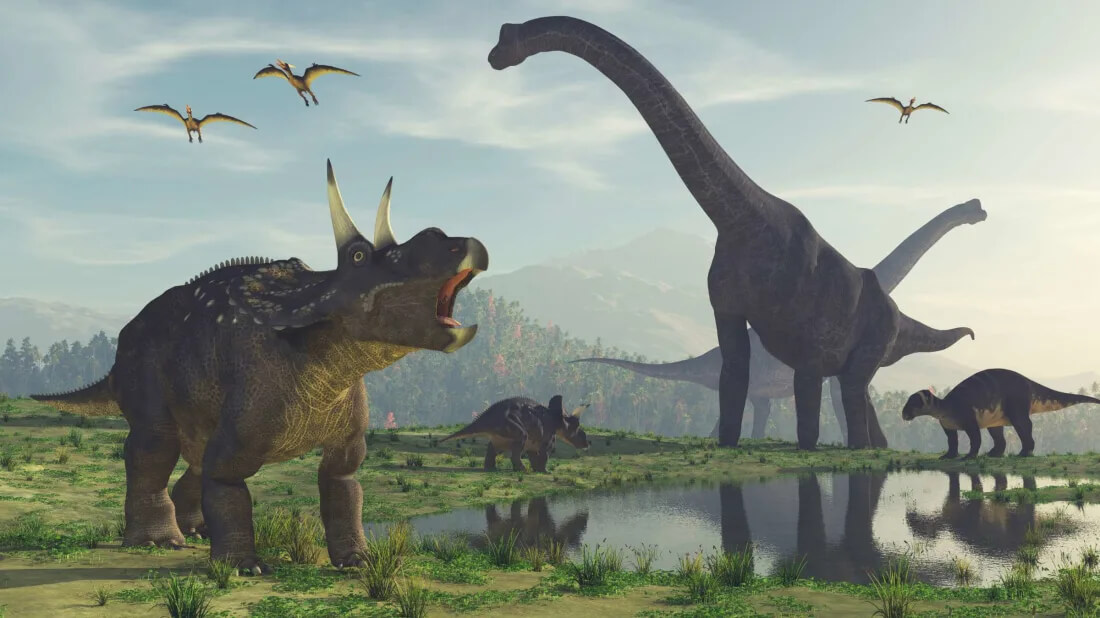 While most of us know that all sorts of prehistoric creatures once inhabited Earth, you might not realize which ones used to wander around your particular city.

Thanks to this interactive map, you can easily find out. Type in your city name, and you’ll see it plotted on the globe, along with a list of species whose fossils have been discovered nearby. If you click on the name of a species, a new webpage will open with details, images, and a map that shows where else that species lived.

Omaha, Nebraska, for example, was once home to the pteranodon, the trinacromerum, and the mosasaurus. Those last two are both marine reptiles, meaning that Nebraska used to be underwater—which the globe will show you, too.

In addition to searching by city, you can also see what Earth looked like during a specific time period by choosing an option from the drop down menu at the top. Choices range from 750 million years ago—the Cryogenian period, when glaciers abounded—to 0 million years ago, which is Earth as we know it today. Using a different drop down menu on the right, you can view Earth during its many notable “firsts,” including “first land plants,” “first dinosaurs,” “first primates,” and more.

As CNN reports, the map was created by California-based paleontologist Ian Webster, who added to an existing model that mapped plate tectonics and used additional data from GPlates, another piece of plate tectonics software.

“It is meant to spark fascination and hopefully respect for the scientists that work every day to better understand our world and its past,” Webster told CNN. “It also contains fun surprises. For example: how the U.S. used to be split by a shallow sea, the Appalachians used to be very tall mountains comparable to the Himalayas, and that Florida used to be submerged.”

You can find other fun surprises by exploring the map yourself here. For the best experience, you’ll want to access the site from a desktop computer or tablet versus a smartphone.