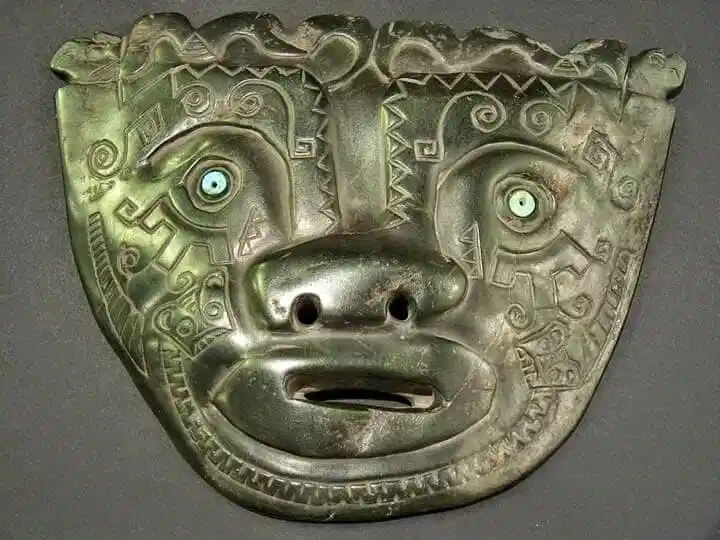 The theory of the existence of giants that roamed on Earth thousands of years ago is a hot topic among the ancient astronaut theorists and conspiracists. The history of humans still has a lot of secrets, but the mainstream media claims that humankind is the result of evolution. Do you really believe it? Well, the ancient artifacts found in the South American continent can change this perspective. Some archaeologists believe that in ancient times, the giants walked on the Earth that belonged to a very advanced civilization.

The ruined ancient city of Tiwanaku which is located in western Bolivia is said to be built by the giants who came across the oceans after surviving the great flood. The mummified head of pre-historic Inca kings can be seen in a private gold museum in Peru. There is a theory that these giants could be Denisovan.

The ruins of Tiwanaku suggest that the city was built by giant humans whose height could reach above 10 feet. A team of archaeologists discovered a rocky area on the plateau of the Altiplano in Bolivia in 1966, that signs the existence of human civilization a long time ago. They found the remnants of destroyed villages which triggered the excavation of the site. Experts concluded that the tragic end of the giants’ civilization that lived there came after a 1,350 square kilometers meteorite fell near Campo de Cielo in Argentina more than 4,000 years ago.

Artifact researcher from Austria named Klaus Dona devoted his life traveling around the world and finding things that could not be explained with the help of modern science. During archaeological findings, he came across some bones found in Ecuador. Experts claim that the bones belonged to a giant human that had a height of more than 20 feet.

According to Klaus, the mask found in Bolivia could belong to real giants. He said:

“I first time got this mask (as shown above) in my hands, I tried to look through the two eyes. At that time I didn’t know that they were belonging to 2.6-meter skeletons, I was just wondering why did they make masks where you can only look out from one eye?

But after knowing that those people were over 2.5 meters, I could imagine that their skull was of course bigger than our skull and that’s why these masks were, for us, oversized.

That’s another mask from Bolivia. Another one [center] with very wonderful encarving, many spirals and many symbols, which we also found in many other cultures.”

The most interesting artifacts excavated from the site including huge masks decorated with turquoise inlays, flutes, pipes, and tablets with mysterious symbols that did not belong to any pre-Columbian culture. These symbols had a close resemblance to the illustration mentioned by James Churchward in his book “The Lost Continent of Mu.” The flutes discovered in the Bolivian ruin ancient city were beautifully decorated and more interestingly, the holes were made accurate to the millimeter with a perfect curvature.

Besides, one of the flutes has a symbol of a descending serpent which used to describe the arrival of gods in South American culture. Right below it, there is a figure that has a similar look to a modern illustration of grey aliens. These flutes must have been played by someone with huge lungs.