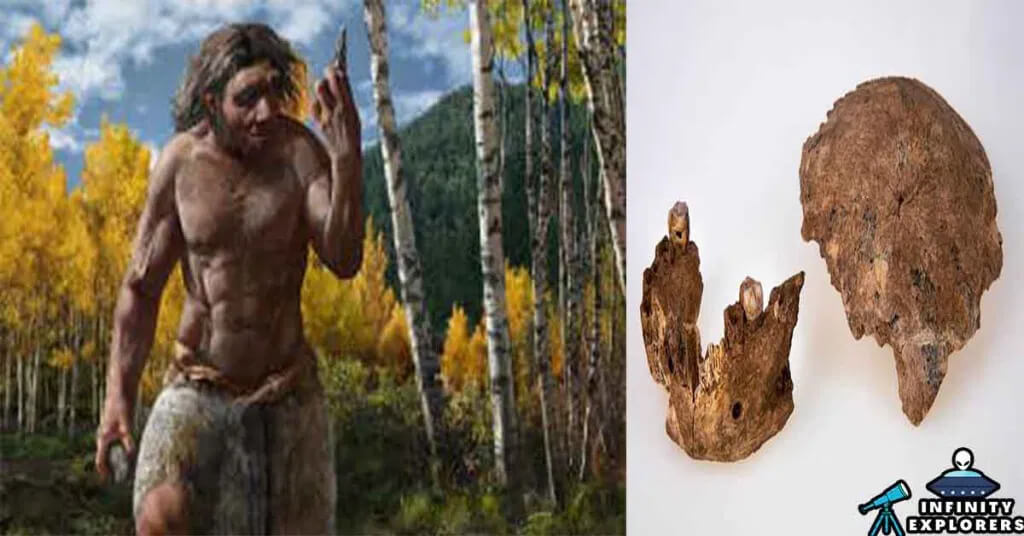 More than 120,000 years ago, in the Levant,  The Homo sapiens lived next to a type of ancient human that we did not know about until now. The newly discovered type of hominin has been termed as the “Nesher Ramla People”

According to the new fossil evidence discovered by archaeologists: Fragments of ancient skull and jawbones, and teeth, some of which are similar to Neanderthals and some are similar to Homo sapiens and some of them match none of the previous Homo family.

This newly discovered type of hominin could be the ancestor of Neanderthal populations in Europe, thus answering the mystery of how these populations infiltrated with H. sapiens DNA  prior to their arrival in those regions. They also appear to be an ancestor of archaic populations in Asia.

Archaeologists have named the new members of the Homo family “Nesher Ramla’s people,” after the archaeological excavation site in Israel where they were discovered.

“The discovery of a new type of Homo is of great scientific importance,” said anthropologist Israel Hershkovitz of Tel Aviv University in Israel, lead author of a paper describing the bones.

“It allows us to give new meaning to previously found human fossils, add another piece to the puzzle of human evolution, and understand human migrations in the old world. Although they lived so long ago, in the late Middle Pleistocene (474,000-130,000 years ago), the people of Nesher Ramla can tell us a fascinating story, which reveals much about the evolution and way of life of their descendants.

The remains were excavated about 8 meters underground, at the Nesher Ramla outdoor site. There, archaeologists found a large cache of fossils, mainly animal bones, but also some stone tools, and some intriguing fragments of ancient human bones.

They consisted of parietal bones, the top and sides of the skull, and a nearly complete jaw, including a complete molar and most of the tooth roots. Researchers dated these remains between 140,000 and 120,000 years ago.

Virtual reconstruction, analysis, and comparison of these bones with other fossilized hominin bones revealed something interesting. The jaw and teeth were more like the jaws and teeth of Neanderthals; but the parietal bones were more like those of archaic Homo .

Also, the reconstructed skull was very different from H. sapiens, with larger teeth, a different skull structure, and no chin. The discovery suggests one of the last surviving populations of Homo from the Middle Pleistocene in the region, around 400,000 years ago.

After the arrival of H. sapiens 200,000 years ago, the two types of humans shared the Levant for about 100,000 years, the researchers said.

“This is an extraordinary discovery,” said archaeologist Yossi Zaidner of the Hebrew University of Jerusalem in Israel, lead author of a second paper describing the cultural context of the ensemble.

“We had never imagined that along with H. sapiens, archaic Homo roamed the area so late in human history. Archaeological finds associated with human fossils show that the Nesher Ramla people possessed advanced stone tool production technologies and most likely interacted with H. sapiens. ‘

The bones did not produce DNA that would allow a more accurate determination of Nesher Ramla’s people, but the researchers believe their discovery has important implications for our understanding of hominin emergence and migration.

Since the Levant connects Asia, Africa, and the Mediterranean, humans migrating between these regions would have passed through there, making it a potential hotspot for intermingling.

“Our findings imply that the famous Western European Neanderthals are just the remnants of a much larger population that lived here in the Levant, and not the other way around,” Hershkovitz said.

The researchers also found similarities to other fossils that had previously puzzled scientists, because they couldn’t perfectly fit into the Neanderthal or Homo categories . Fossils from 160,000-year-old Tabun Cave, 250,000-year-old Zuttiyeh Cave, and 400,000-year-old Qesem Cave may also belong to the Nesher Ramla people.

If that’s the case, the findings could also solve the mystery of a “missing” population of Neanderthals, which had mated with  H. sapiens more than 200,000 years ago, before the latter’s arrival in Europe. Traces of this ancient association in European Neanderthal DNA had puzzled scientists.

‘The oldest fossils showing Neanderthal features are found in Western Europe, so researchers generally believe that Neanderthals originated there. However, migrations of different species from the Middle East to Europe may have provided genetic contributions to the Neanderthal gene pool during the course of their evolution, ”explained anthropologist Rolf Quam of Binghamton University.

“This is a complicated story, but what we are learning is that the interactions between different human species in the past were much more complicated than we had previously appreciated,” he concluded.