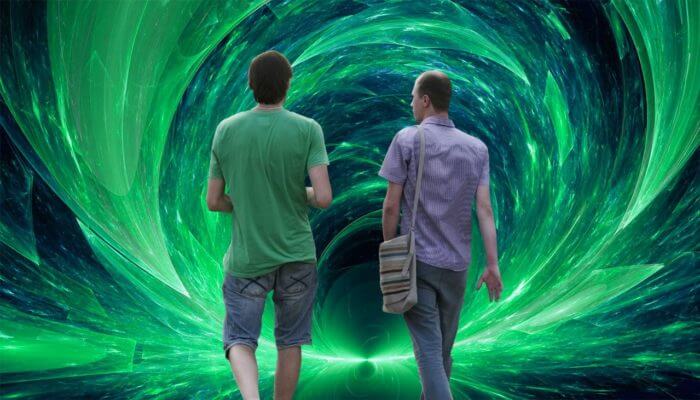 WhatCulture
Well, maybe.The assumption that we would be aware if time-travel was possible due to the fact that someone would have come back to tell us, is a relatively tight argument. The one problem with that argument however, is even when a person claims to have proof, most remain unconvinced. Many people are still not prepared to accept even the possibility that the person may be correct in their claims.

The fact is, many such claims have surfaced over the years.

Perhaps one of the strangest claims of time-travel, but maybe all the more believable because of its bizarreness, is that of Hakan Nordkvist from Sweden. According to Nordkvist, he returned home one evening in August 2006 to discover his kitchen floor covered in water. He quickly went to work under the sink, assuming that a leak was responsible for the mini-flood. 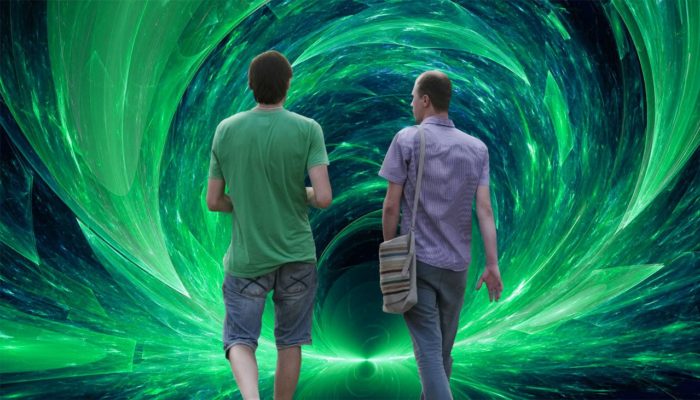 Two people walking into a portal.

He reached in with tools in hand but reaching the piping was proving to be difficult. He then reached in further, and further still, until he was crawling in the cupboard under his sink. Nordkvist continued to move inwards under the sink when he realized that he had crawled much further than the space should allow. Regardless he continued on, now intrigued.

Ahead of him, a light shone. He headed towards it before it engulfed him and he could stand upright. In front of him, once he had gathered himself, was himself, only himself over thirty years older.

According to Nordkvist, he stood in 2042, and his future self was seventy-two years old. He compared tattoos with the man, and even captured the moment on video as proof of his adventure. You can check out the video below and make up your own minds.“We stood there talking, and it was a nice feeling. A really great feeling,” Nordkvist insisted. The pair spoke about things that only Nordkvist would know, convincing him of the authenticity of his experience. He further stated, “I don’t care if people think I am a liar. I know I am not!”