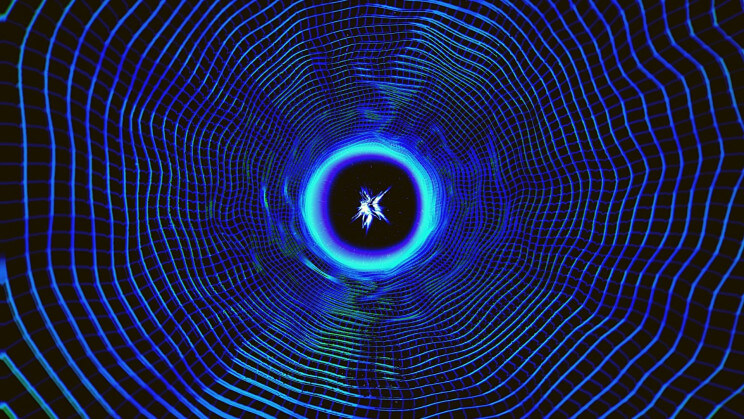 Moving faster than the speed of light might be one way to traverse the universe within a single human lifespan, but we might be able to do it in a single second — traversing unfathomable distances at once through a physical wormhole.

And, it turns out humans might actually survive the journey, according to several recent studies published in the journal Physical Review Letters.

Most science-savvy people have a casual familiarity with wormholes thanks to science fiction — where wormholes connect distant corners of the galaxy through an interdimensional portal that bends the fabric of space-time. But, as you might guess, no one has actually seen one.

Worse still — the hypothetical phenomena face theoretical issues in physics like gravitational collapse. Put simply, if wormholes existed, conventional matter would plug the bottle-neck hole in space — blocking all transit from one aperture to another. Although some theorists think exotic matter could be used to pry such cosmic gates open.

However, according to Jose Blázquez-Salcedo of the Complutense University of Madrid (and colleagues), we might be able to do it without exotic matter. The team of researchers conceive of matter as composed of fermions — the consensus on which holds them as a fundamental unit of matter.

If we can change the charge and mass of fermions, we might create a traversable wormhole, argued Blázquez-Salcedo in his study. But this could only work if the ratio of total charge to total mass inside the wormhole is larger than another (and perhaps more haunting) theoretical limit determined by black holes.

Humans could survive a trip through a wormhole, but there’s a catch

There are drawbacks to this method — namely, such wormholes would be only microscopic, which means even the most hardcore exercise routine wouldn’t make humans thin enough for the trip.

However, Juan Maldecena of the Institute for Advanced Study (in New Jersey) and Alexey Milekhin (of Princeton) might have a way to make it work — which they explained in the second paper — that could enable a human being to traverse the entire Milky Way in less than a second.

Most crucially, the maximum force of acceleration would not exceed 20g (or 20 times Earth’s normal gravity at sea level). Incredibly, the wormhole traveler would only experience roughly a second from one side to the other. But, sadly, anyone not traveling with them would see thousands of years go by. And it’s not like you can just push them in.

This is significant for several reasons, not least of which consists in the ever-expanding intersection of physical threats to human existence. If in late 2019 you knew what was coming in 2020, and had a functioning wormhole, would you really decide to stay through a year of calamity without knowing for certain whether 2021 would be better? What if instead you could jump through a wormhole and leave the planet — and everyone on it — thousands of years and countless light-years behind? It may sound bizarre, but someday in the distant future, it’s not necessarily impossible that humans could use a wormhole to escape great hardship, or even preserve the species against extinction.