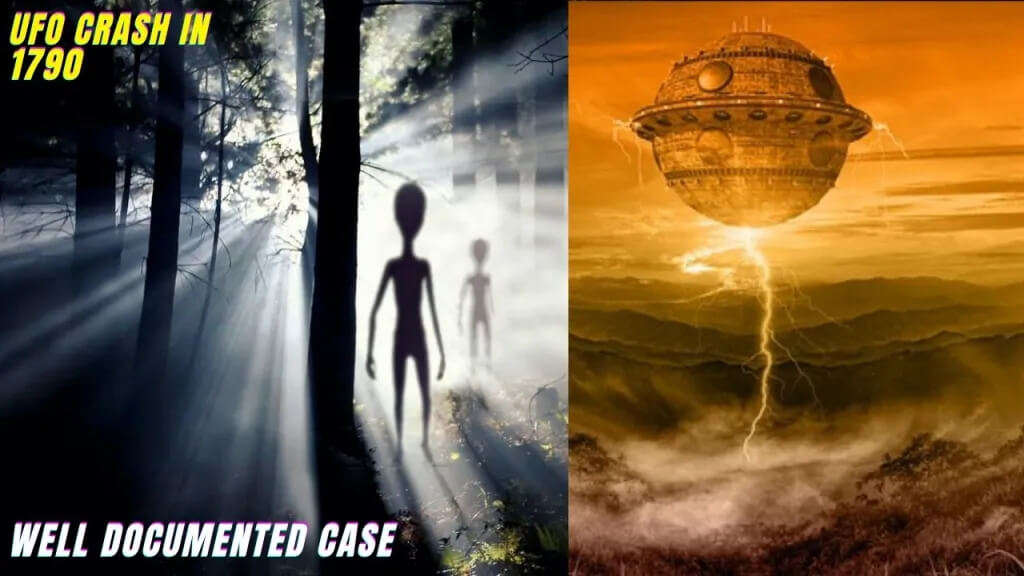 Some people believe that the UFO phenomenon did not begin until the 20th century but some well-preserved evidence suggests that UFOs and aliens have been familiar to humans for hundreds, if not thousands, of years. Apparently, A UFO crash occurred in Alençon in 1970

One such piece of evidence is allegedly kept in the archives of the French Academy of Sciences in Paris.

In 1967, a certain Antonio Fenoglio, a teacher at the University of Bologna (Italy), according to him, a message was discovered in the archive about a UFO crash that occurred in 1790, that is, 231 years ago.

The message was a report by a police inspector named Labeuf, who was sent from Paris to the Alençon area in the summer of 1790 to thoroughly investigate a “dangerous incident” near the city gates, which had many respected witnesses.

When Labeuf reached his destination and interviewed the locals, the following story emerged:

At 5 a.m. on June 12, several farmers saw a huge ball that seemed to be surrounded by flames. At first, they thought that the balloon might have caught fire ( a few years before this incident, the Montgolfier brothers had triumphantly performed the first-ever balloon flight ), but then their attention was attracted by the object’s rapid falling speed and the whistling sound emanating from it.

“The balloon slowed down, made a few twitches and fell on to the top of the hill, uprooting the trees along the slope. The heat emanating from it was so strong that soon the grass and trees caught fire. The peasants managed to contain the fire that could have spread throughout the territory.” …

“In the evening, warmth was still emanating from this sphere, and then something unusual happened. Two mayors, a doctor and three other government officials arrived, dozens of peasants present there were witnesses of this.”

“The sphere, which was large enough to accommodate a carriage, was not affected by this whole fall. The phenomenon sparked such curiosity that people came from all over the area to see it.”

“Then suddenly (in the sphere) a door opened, and, interestingly, a person like us came out of it, but this man was dressed strangely, in a tight-fitting suit and, seeing all this crowd around the sphere, he told them a few incomprehensible words and then fled into the forest. “

“The villagers instinctively stepped aside in fear, and it saved their lives, because soon after, the sphere exploded in complete silence, throwing shards all over the place, and these pieces burned until they turned to powder.”

“Researchers began to find the mysterious man, but he seemed to have completely disappeared.”

If the report, excerpted above, is reliable, it proves that UFOs with crews have been visiting us a long time ago.

The aircraft may have overheated or had other problems, after which it made an emergency landing. And when the pilot saw that a crowd of people gathered around him, he may have decided to destroy his ship so as not to leave such important evidence of his existence to people.

Fortunately, there were no casualties, and feedback from witnesses helped Labeouf to compile a detailed report for the French Academy of Sciences.

Unfortunately, apart from the message of Professor Fenoglio about this archival document, nothing more is known about it.

What do you think about the UFO crash in Alençon? Leave us your comments below