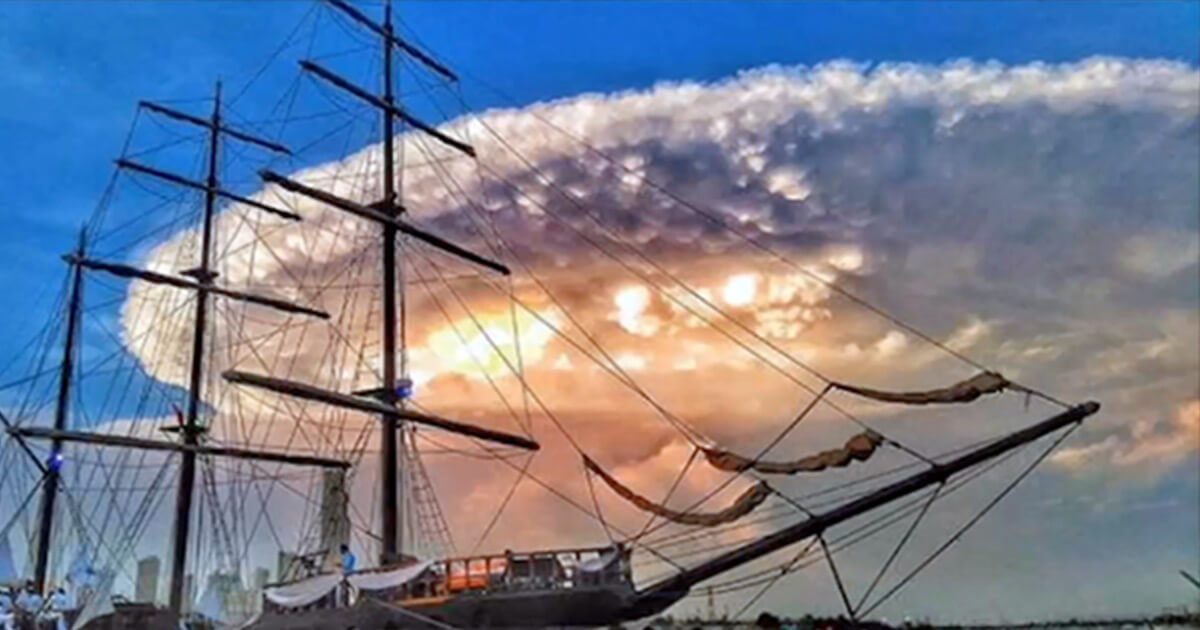 Extranotix Misterio
Impressive cloud was seen moving over high rises in the city of Cartagena Video Phenomenon in the sky that caused euphoria in thousands in Cartagena Colombia the afternoon of June 30 2016, video captured by Cristian David Ramos Martínez Some users of social networking users decide it was a giant UFO mothership type camouflaged among the clouds. Several images were shared in social networks, some thought was photoshop, but later have been published several videos on this spectacular phenomenon in the sky of Cartagena Colombia. Shocked witnesses filmed the phenomenon on their phones in Colombia It is a totally natural Atmospheric phenomenon? This phenomenon is caused by HAARP? It is a giant UFO camouflaged among the clouds?

The following picture was taken a while back, causing the internet to effectively go mad over it, to say the least. As you can tell from it, it appears as though the following UFO was spotted right above Cartagena, Colombia, and not only that, it was spotted by quite a lot of people too. This is a 1-mile long UFO that emerged out of nowhere on the clear sky of Colombia, and right as it did the residents of the site all began calling 911 to get anyone to back them up and save them in case the visitors proved to be hostile.

Many have tried to argue that this is just a massive cloud, but you can clearly see that this is what they wanted to come across as, as part of their camouflaging technology.

The UFO looks a lot like the one that appears in the movie ID4 part 2, which is why many people believe that the movie could have taken some information about aliens from actual sources. It’s also worth noting that this incident happened in broad daylight which doesn’t happen all that often to say the least. Could this be a malfunction with their technology or is this them actually showing themselves to us? What do you think?

Check out the following video if you want to know more about it for yourself.