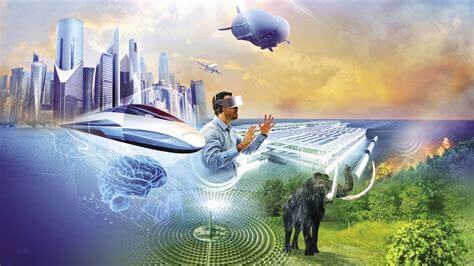 Scientists wrestling with the delicate issue of how to respond should humanity ever be contacted by an alien civilization have hit on a radical idea: a survey that asks what the public would do.

Members of the UK Seti Research Network (UKSRN) are to launch what they believe will be the largest ever survey of public attitudes towards alien contact on Monday at the Royal Society’s summer science exhibition.

The views they gather will help them shape plans for an international protocol that sets the ground rules on how organizations should share news of any signals that are detected; what sense can be made of them; and how, if at all, humans might reply.

“There is absolutely no procedure enshrined in international law on how to respond to a signal from an alien civilization,” said Martin Dominik, an astronomer at the University of St Andrews. “We want to hear people’s views. The consequences affect more people than just scientists.”

We can’t rely on there being a Rosetta stone, or some great decipherment crib, in the signal

Beyond sending probes to other planets in the solar system, the search for alien life has largely focused on listening for complex radio signals from outer space with the world’s most powerful telescopes. Last month, astronomers on the Breakthrough Listen project announced they had heard nothing after eavesdropping on more than 1,000 star systems within 160 light years of Earth.

Dr John Elliott, a reader in intelligence engineering at Leeds Beckett University, said the global Seti community would announce any bona fide alien signal immediately. But in an era of social media that would spark a flood of fake news and conspiracy theories that leave people utterly confused about the truth, he said.

The problem is that while scientists might quickly realize that an intercepted signal was complex enough to be broadcast from an advanced civilization, it might take weeks or months to understand, if it can be deciphered at all. Any signal could easily be electromagnetic noise from equipment or a snippet of a terrestrial broadcast that leaked into space, unintended for such distant ears.

“We can’t rely on there being a Rosetta stone [an ancient Egyptian stone tablet that enabled hieroglyphs to be read], or some great decipherment crib, in the signal. It could be an image or simply junk,” Elliott said. “It will take time to understand and if that work starts to drag out and there is nothing new we can say, the information vacuum will be filled with speculation,” he said. “Conjecture and rumor will take over.”

The survey will help scientists work out how best to provide reliable information but also what should be done if it seems only polite to respond to an interstellar missive. The late Stephen Hawking warned that humans would do well not to alert alien civilisations to life on Earth, but other researchers disagree.

Later this year, an organization called Messaging Extraterrestrial Intelligence (Meti) International plans to beam signals into space containing references to the periodic table of elements. They will not be the first attempts to contact ET. In 1974, scientists at the Arecibo telescope in Puerto Rico sent a radio message about life on Earth to a group of stars 25,000 light years away. Given how baffling the message will be to many humans in the 21st century, it is unclear what any recipient will infer from it.

“It makes sense to create a legally binding framework that is properly rooted in international law,” Dominik said. “I’m completely comfortable with taking the whole thing above the level of scientists. If there are public consequences of replying and sending out messages that is a political decision and not one to be taken by scientists.”

Ian Sample is science editor of the Guardian. Before joining the newspaper in 2003, he was a journalist at New Scientist and worked at the Institute of Physics as a journal editor. He has a PhD in biomedical materials from Queen Mary’s, University of London. Ian also presents the Science Weekly podcast.

Great article I came across while researching. Please remember we all have different opinions, Think Before You Speak or Write Something that is cruel to Others. After all, We are only Humans. Wishing you clear skies and wide eyes. To share your experiences or just leave a comment there is a area below. Read or listen. We are the change the world has been waiting for! Have you witnessed an unidentified flying object? You are not alone. Whether you think UFOs are black projects, extraterrestrial craft, something else altogether, or just don’t know, again: you are not alone! Unconditional love. The road we all get to walk. Unconditional love is like the sun.