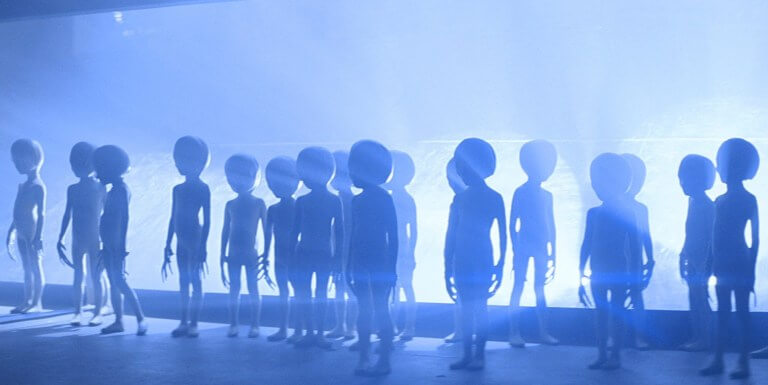 “Our generation could realistically be the one to discover evidence of life beyond Earth. With this privileged potential comes responsibility.”
This statement would not be surprising in a sci-fi movie. What would you say if you learned it came from a NASA report led by the organization’s chief scientist? Is NASA getting us ready for some sort of SETI announcement? Would “Klaatu barada nikto” be an inappropriate greeting?

“Establishing best practices for communicating about life detection can serve to set reasonable expectations on the early stages of a hugely challenging endeavor, attach value to incremental steps along the path, and build public trust by making clear that false starts and dead ends are an expected and potentially productive part of the scientific process.”

In a paper published this week in the journal Nature, NASA Chief Scientist James Green and a group of other NASA scientists seem to be saying it’s not to early to start practicing how the discovery of extraterrestrial life forms should be made. In a sign of the strange times we live in, one objective of the paper is to admit that the announcement of the discovery of and possible encounter with ETs “has a high potential to be sensationalized.” Really? What Green and his team are striving for is proactive approach to approaching extraterrestrial life forms. Most science fiction relies on ETs showing up by surprise, which leaves humans with limited choices, and, at least in the movies, the one selected is usually wrong … sometimes violently wrong.

“History includes many claims of life detection that later proved incorrect or ambiguous when considered in exclusively binary terms. If, instead, we recast the search for life as a progressive endeavor, we convey the value of observations that are contextual or suggestive but not definitive and emphasize that false starts and dead ends are an expected part of a healthy scientific process.”
Science Alert had full access to the report and shows that NASA is considering all of the options for all of the possible types and levels of life forms humans may discover or encounter – especially life forms that may be completely unfamiliar to us. To do this (and to avoid doing something stupid during the first encounter), the team suggests developing what it calls a “confidence of life detection” (CoLD) scale to scientifically determine if something is a life form. Phys.org explains what the scale might look like. The lowest level would be detection of a biosignature, followed by eliminating a false sign, predicting how the signal was generated, ruling out non-biological causes, observing the via other means, eliminating the possibility the biosignature came from earth (like the recent discovery that a signal from Proxima Centauri was actually human-generated from Earth) and finally declaring it to be a life form and studying it as such.

“Establishing best practices for communicating about life detection can serve to set reasonable expectations on the early stages of a hugely challenging endeavor, attach value to incremental steps along the path, and build public trust by making clear that false starts and dead ends are an expected and potentially productive part of the scientific process.”

Again, our strange times forces NASA to be more concerned about the current distrust of science and the sentimentalization of news than it is about the history-changing achievement the discovery of extraterrestrial life will be. Let’s hope Green and his team find the right way to announce it before they show up on our doorstep and wonder why we’re all saying “Klaatu barada nikto.”