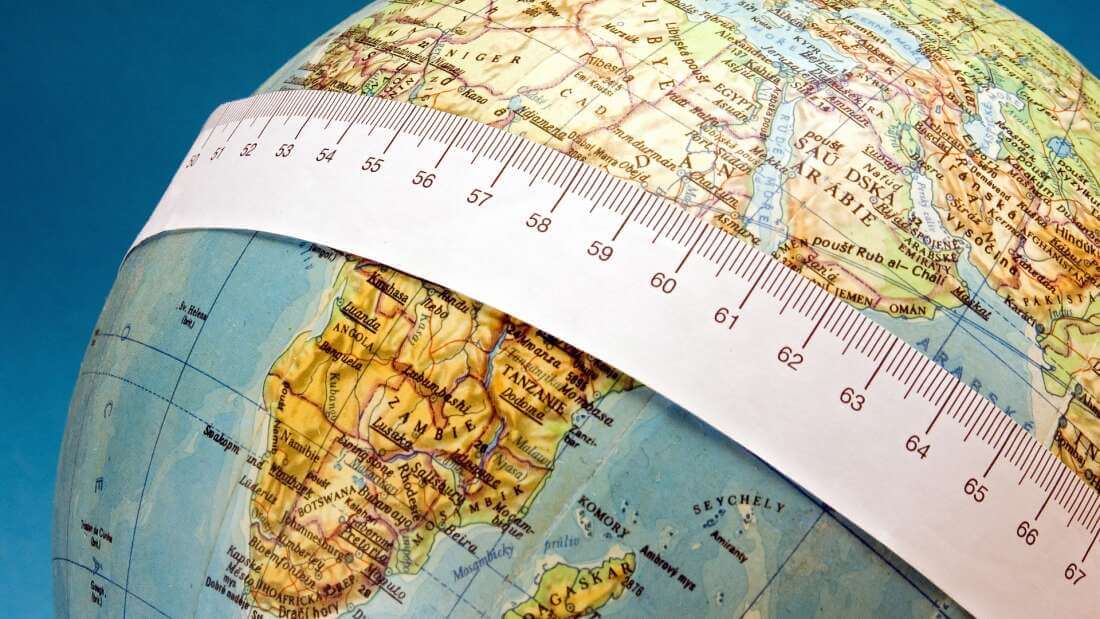 Despite what the flat-earthers across the globe might say, the Earth is round and this knowledge is not a modern discovery. Many ancient cultures were aware of this fact – you don’t need satellites or lasers to demonstrate that our planet is spherical.

Among many, we remember the name Eratosthenes of Cyrene, a Greek polymath and the first person to calculate the circumference of the Earth. He did his calculation in the third century BCE, and it was incredibly accurate for the time.

His exact method is not known, but a simplified version was reported by Greek astronomer Cleomedes. Eratosthenes knew that the distance between the cities of Alexandria and Syene (modern-day Aswan) was 5,000 Egyptian stadia (157.5 meters, or 517 feet). He also assumed that the two cities were on the same meridian (they are not) and that Syene was exactly under the tropic of Cancer (close, but not exactly).

The rest is a bit of geometry and good timing. At noon of the summer solstice in Syene, the Sun is perpendicular to the tropic of Cancer, so a rod planted in the ground would cast no shadow. In Alexandria, the Sun will instead appear slightly angled, so a rod of a certain length will cast a shadow of a length that depends on the inclination of the rays of the Sun.

Eratosthenes measured the angle and worked out it was about 1/50th of a circumference, so knowing that the distance between Alexandria and Syene was 5,000 stadia, the full circumference of the Earth must be 50 times that: 250,000 stadia. This is accurate to 1.4 percent of the real number.

If you fancy a more visually compelling explanation, you can check the great Carl Sagan talking about it in the clip below: