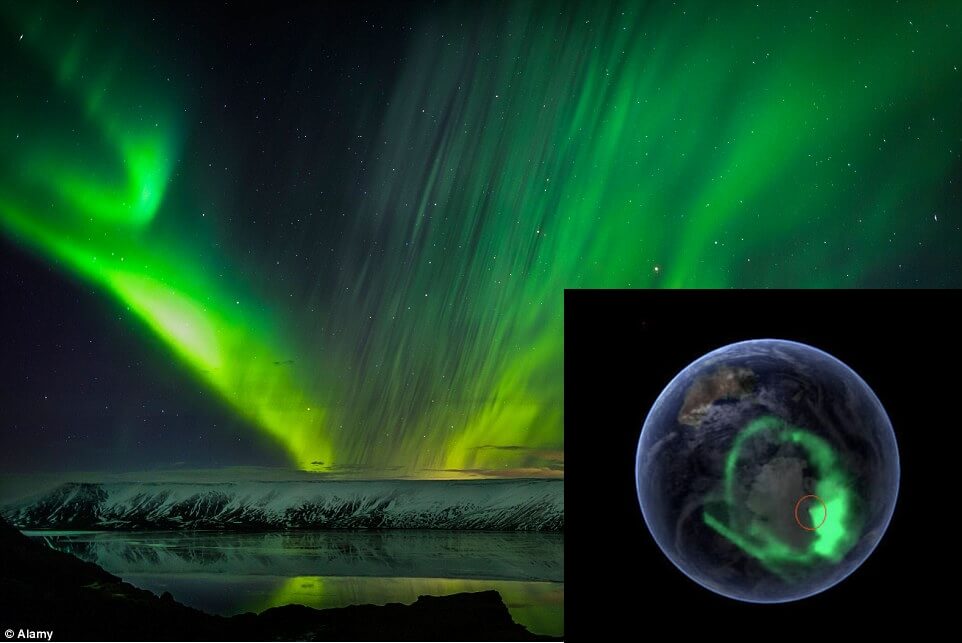 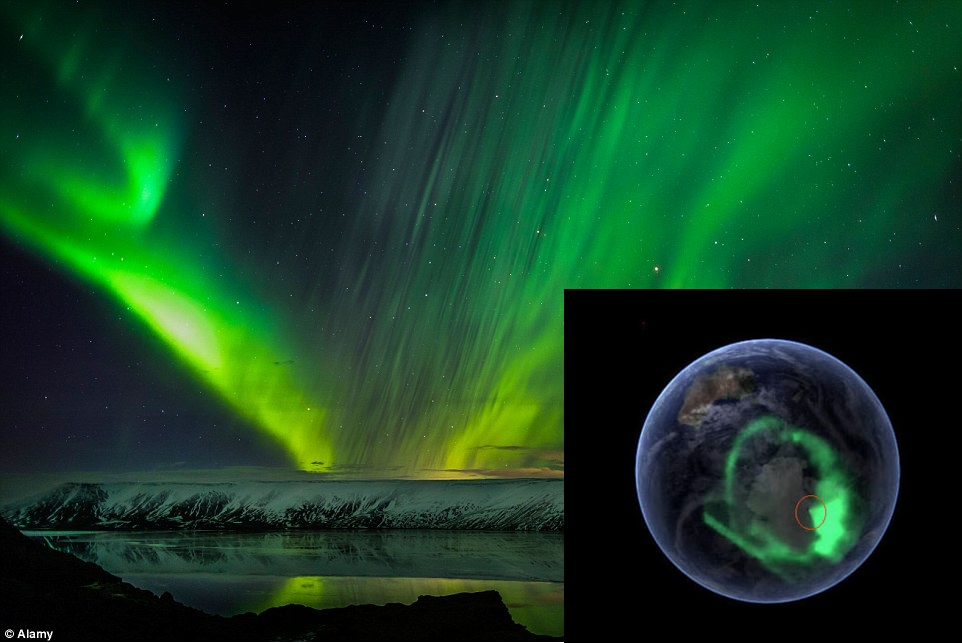 The following is a sped-up NASA film clip of the aurora australis. One thing that is unique about this clip is that it shows the aurora emanating from an orifice in the continent of Antarctica. This observation flies in the face of the accepted theory that the aurora is directly caused by the solar winds. We suggest that radiations from the Sun, including the solar winds, well up within the hollow portion of the Earth and are expelled at times, causing the auroral display at a certain altitude of friction. ​