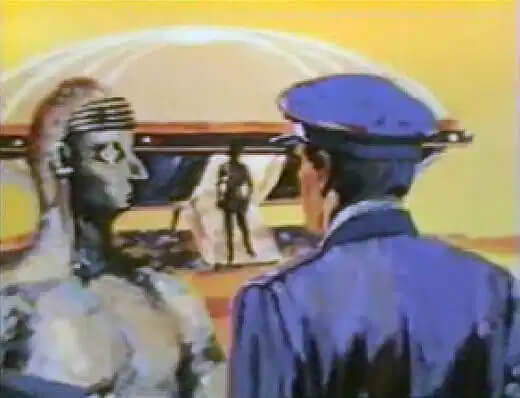 There has been a long debate on the missing video footages of the UFO captured by the military aircrafts’ gun cameras on encounter, reported by pilots. Not a single media house has ever written about it. Where did all gun camera footage disappear? There is a rumor about the US government granting actual UFO landing footage to the filmmaker Robert Emenegger for his documentary on the years of the UFO phenomenon.

It all began in 1971 when the author/filmmaker Robert Emenegger and producer/director Allan Sandler were invited by the US intelligence (either the United States Air Force or Department of Defense) to Norton Air Force Base in California to discuss the major UFO phenomenon that had happened before and create a documentary film on it. There is no official record of the reason why the US government allowed to give secret UFO footage for a documentary film. It is believed that the administration of President Nixon did it to look strong in the science field for the upcoming 1972 re-election campaign.

Emenegger said that he was promised by the USAF officials to get the authentic UFO landing footage that happened at Holloman Air Force Base in New Mexico in 1964. It showed the alien visitors emerging out of the craft that met with the US military. Even though Emenegger was skeptical about it, the Air Force assured him that the footage was authentic.

One of the military’s officials named Paul Shartle, who was in charge of the audio-video department said in a 1988 national television broadcast that he had watched the 16mm film of three disc-shaped craft. One of them landed and others flew away.

He described the film, saying three human-sized beings came out of the door of the landed vehicle.

“They had an odd, grey complexion and a pronounced nose. They wore tight-fitting jumpsuits, [and] thin headdresses that appeared to be communication devices, and in their hands, they held a ‘translator.’ A Holloman base commander and ot her Air Force officers went out to meet them.”

According to Emenegger, he even visited the landing site and checked the place where the alien vehicle was kept. The alien visitors and the US army personnel had meetings for several days.

Emenegger and his production team were provided access to top-secret files into DOD facilities and were even allowed to take help from the military officials who had been into the UFO matters, including Col. William Coleman from Project Blue Book and Col. George Weinbrenner, who was the head of Foreign Technology at Wright Patterson Air Force Base.

Emenegger said that the landing took place at 6 a.m. The alien visitors had eyes with a vertical slit, and their mouths were thin and slit like, with no chins. He was promised by the USAF to get 3200 feet film of UFO landing but at the last moment, they refused to use it due to the “Watergate Scandal.” Despite it, Emenegger and Sandler were asked to describe the Holloman episode as something hypothetical, which might happen in the future.

After months of research and film production, Emenegger felt cheated after the permission of using real footage was withdrawn. Anyway, he released his Golden Globe-nominated documentary, “UFOs: Past, Present, and Future” in 1974. It turned out to be groundbreaking due to the information provided by the DOD. The USAF forced Emenegger to add the animated footage of the alleged Holloman UFO landing.

As per Emenegger, the alleged real landing footage was not fully missing from the frames. He said some frames from the original footage were used in the reconstruction during the editing stage, which was authorized by the USAF. The viewers spotted a genuine bright disc coming down slowly in the distance against the backdrop of Holloman’s surrounding landscape.

The film was re-released in 1979 after adding more UFO sightings and new information that included cattle mutilations. Jacques Vallée added 30 minutes of new narration into the film, talking about ancient astronaut theory.