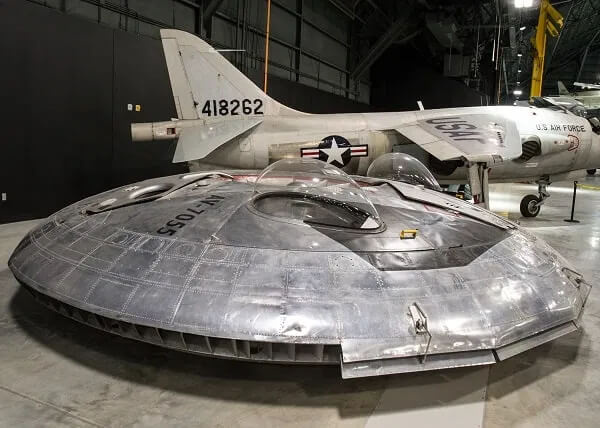 Not many inventors were lucky enough to change the world with their outstanding ideas and intelligence. When the world was at war, the Third Reich needed someone who could develop flying machines that levitate and fly at an incredibly high speed with no sound. It seems to be impossible but there was a genius whose skills, ideas, and abilities caught the attention of Hitler’s regime and forced him to create or die. Viktor Schauberger, an Austrian forester born in 1885, made perhaps the most fundamental discoveries of the 20th century and, with his vortex technique, opened up completely new sources of energy for mankind including anti-gravity technology.

In 1938, Julius Streicher, a Nazi party member ordered Schauberger to build a flying machine for a sum of 10 million Reichsmarks. With the help of his son Walter who studied at the Dresden University of Technology, Schauberger came to the conclusion that it was possible to create a fundamentally new type of engine using vortex fluid flow. He wanted to develop something based on implosion, “a technology one reaches the realm of antimatter and thus the cancellation of gravity.”

In 1940, he created the first prototype of his engine known as “Repulsine A,” or a flying saucer. Soon, the basic design of the engine was transferred to Prof. Ernst Heinkel, a famous German aircraft designer by order of Nazi aviation (RLM). In 1941, Schauberger was forced to work on the engine’s liquid vortex cooling systems at the Messerschmitt company.

However, he did not stop working with his Repulsine A engine. The main idea used in this engine was to combine the compressor and turbine wheel into a single unit. The engine model was 1.5 m in diameter and weighed over 130 kg. In the engine housing, there was a rotor with spiral blades, an electric starter was fixed above the housing. The starter set in motion a rotor that formed a mini-tornado. In this case, the liquid, being thrown by the centrifugal force to the periphery, passed through the “corkscrews” of the rotor and began to rotate along the axis of each of the blades. Schauberger believed that under certain conditions, the vortex became self-sustaining, like a natural tornado.

The first test of the engine was unsuccessful: it flew through the roof of the laboratory and collapsed. According to some reports, after this incident, Schauberger was imprisoned in a concentration camp at Mauthausen. There, he came under the control of Heinrich Himmler, who forced him into research to develop a new secret weapon in 1943. He was working on the creation of a miniature low-noise submarine for sabotage purposes, the so-called “bio-submarine.” He was allocated the workforce of prison engineers. The submarine was supposed to be called “Forelle” (“Trout”). When it moved in the water around it, a vortex flow was created with the help of an engine to reduce drag.

In 1944, “Schauberger drafted into the SS and ordered (on pain of death) to develop an improved Repulsine and a submarine engine for Germany’s war effort, at the Mauthausen concentration camp. All prototypes and working models of the Repulsine subsequently ordered by Field Marshall Keitel to be destroyed on the collapse of the German armies.”

At the end of the war, Schauberger was visited by the Russians, Americans, and AVRO Canada. He was imprisoned for six months by the US army and interrogated. When was released, he was forbidden to continue working on “flying discs.” He had worked on a variety of civilian vortex technology projects including generators, water treatment, and air purification.

Having learned about the work of AVRO Canada in the field of creating disk devices, he turned to the company with offers of cooperation but got a refusal. In 1957, Schauberger and his son Walter were offered to move to the USA and carry out work on the military disc designs. After their contract ended, Schauberger returned to his home in Austria on September 25, 1958, but died five days after his return. He died as a broken man who had been robbed for all those years.