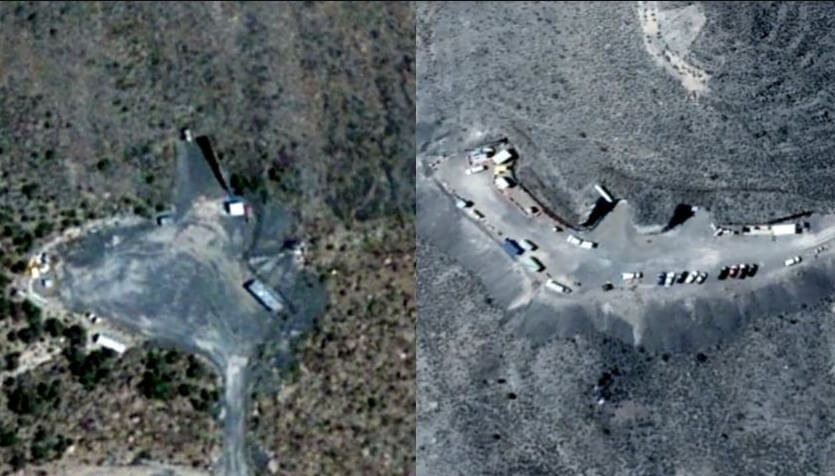 Underground Entrance to Area 51 Found by a Google Earth User Articles Another virtual archeologist stumbled upon a pretty big discovery recently through Google Earth. He discovered what appears to be a secret entrance on a mountain slope that apparently leads to the world’s most notorious military base, Area 51. In order to validate his claims he also shared a bunch of pictures from 1998 of the same place, showcasing the fact that this was not naturally there to begin with, but that it was actually made by humankind or alien life forms presumably as an entrance to Area 51. A YouTube channel called FindingUFO has been posting about this for a while now, including a video in which you can see two parking lots that lead to the foothills of the mountain there. According to them, one of those parking lots is placed next to an entrance to a tunnel that’s carved directly into the hill. Ever since he’s discovered this, the user has been claiming vehemently that this is an entrance to the secret US Air Force base known as Area 51. Bob Lazar supports this claim since in 1989 he himself stated that he worked at Area 51’s “Sector Four) which was supposedly located somewhere underground inside of the Papoose Range near the Papoose Lake. If what he says is true then this is definitely an entrance to Area 51.