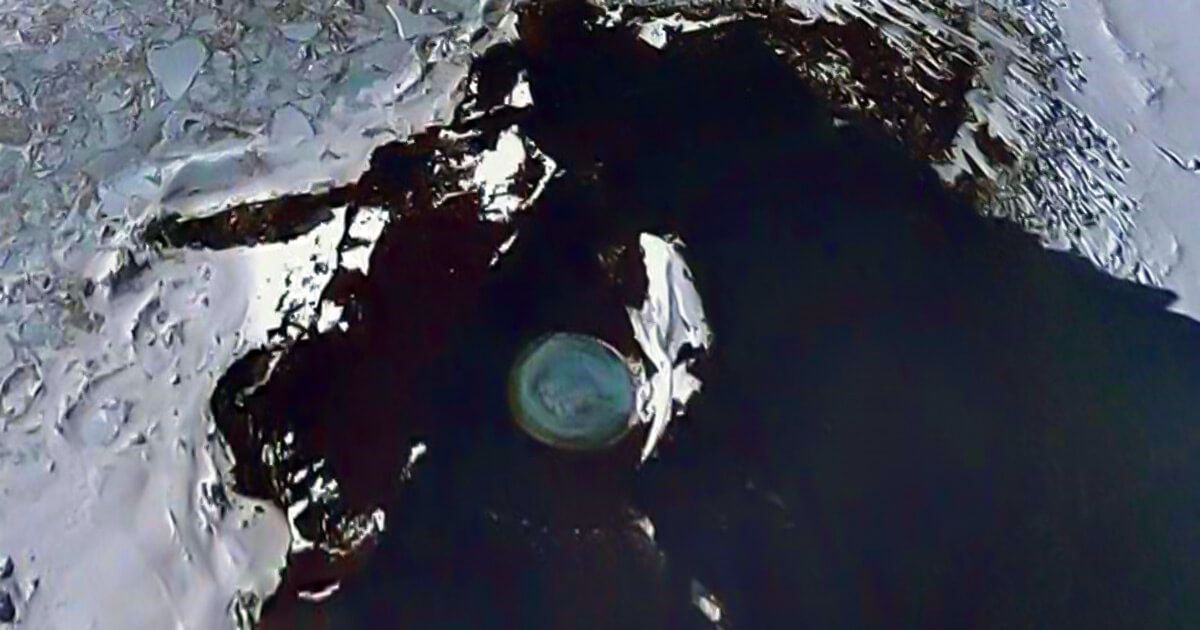 Global warming is a real issue that we need to address sooner than later, to say the least. The mere idea behind global warming is scarier than anything horror movies have come up with as of late and yet many people choose to ignore it.

But it’s not all bad though as global warming can actually help us uncover the truth too as it can clear up the ice and snow from the frozen ice caps of Antarctica that have been hidden away from humanity for the past thousand years or so. Over the years more and more strange artifacts began popping up from underneath the ice caps here and as you can tell from the images below, they keep on being uncovered to this very day.

Take for example this secret UFO underwater base that was first spotted as a virtual archaeologist was checking up the latest pictures from Google Earth’s satellite images.

Although there have been plenty of speculations that this is just a big rock that pops up from underneath the Arctic ice, you can clearly tell that the structure is metallic and that it’s unlike anything else around it too. Could the inhabitants of the secret base be still alive or is this an ancient base that was abandoned thousands of years ago?