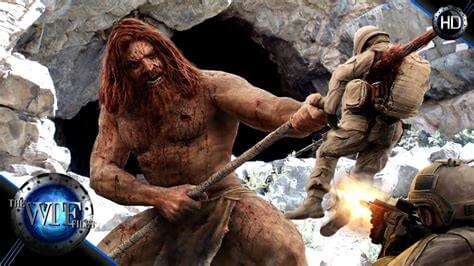 In this episode I go over a segment from our newest Watchers DVD: Watchers 10: DNA. This segment is of an interview I did with a member of the US military who was present at the shooting of the Kandahar Giant! He goes into details about the encounter with giant in Kandahar Afghanistan. Red hair, 6 fingers, 6 toes, double row of teeth! This is an absolutely incredible interview!

In 2002, a Biblical giant with flaming red hair was killed by U.S. soldiers in Afghanistan. But why did United States Special Forces kill a giant in Kandahar and try to cover it up?

These gigantic creatures were the offspring of the “sons of God,” the angels, and the “daughters of men.” In Genesis 6:4 and Numbers 13:33, the Bible speaks of “giants” populating the Earth.

When ordinary people saw them, they said “we were in our own sight as grasshoppers, and so we were in their sight.”

What’s more, these giants didn’t just exist in biblical times but live on through the present day.

The Battle with the Giant of Kandahar

The United States’ military men encountered the giant red-headed beast (Kandahar giant) along a goat path near a cave in rural Afghanistan. The giant, who was at least 18 ft. tall, appeared with a loud threatening roar.

The soldiers opened fire and shot the giant many times in the face, neck, head, and chest. The battle lasted only 30 seconds. 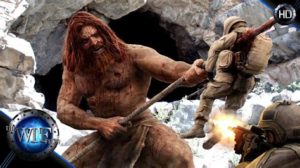 Near the deceased giant body, the soldiers noticed a 9 ft. spear made of Talibythrian stone, a commonly known material used by ancient aliens 12,750 years ago.

While the soldiers were doing an immediate autopsy of the giant’s body, the actual giant of Kandahar, a grey cloud of smoke oozed out of the giant’s mouth and formed into a sky demon.

The demon warned the soldiers of an up-and-coming Jr. demon known as Barack Hussein Obama who would take power six years later in 2008 with a plan to destroy and bankrupt America.

Giants and Their Connection with Ancient Aliens

But now, they were seeing it in person in the year 2002. This caused panic within the military unit because they knew that there were aliens being kept in remote mountainous areas in the United States.

Is it possible imprisoned aliens in the U.S. sent Biblical giants into Afghanistan war-zones where American soldiers were patrolling in order to secretly destroy them with Talibythrian stone spears?

But the biggest question is WHY? Why would the U.S. military cover up the dead giant?

If you’ve read the scriptures of the Ancient Covenant of the Grystatiion Times, you would know that Biblical giants controlled the water supply in America at the time.

And those same giants poisoned rivers and water systems with chemicals that turned frogs and other amphibians gay. Now it is becoming clear why the cover-up happened.

The U.S. military did not want the public knowing that these giants are alive because they could still be controlling the water supply in America today.

If the public knew they were alive, then there would be panic amongst citizens knowing that our dear frogs could be in danger of turning homosexual.

Be vigilant. We know that a giant was killed in Kandahar. If one was killed, there could be many more, and they could be even more dangerous knowing they are controlled by aliens.

Be sure to boil your water before feeding it to any frogs, and you and our amazing country will live forever.

2 thoughts on “Giant of Kandahar Afghanistan”