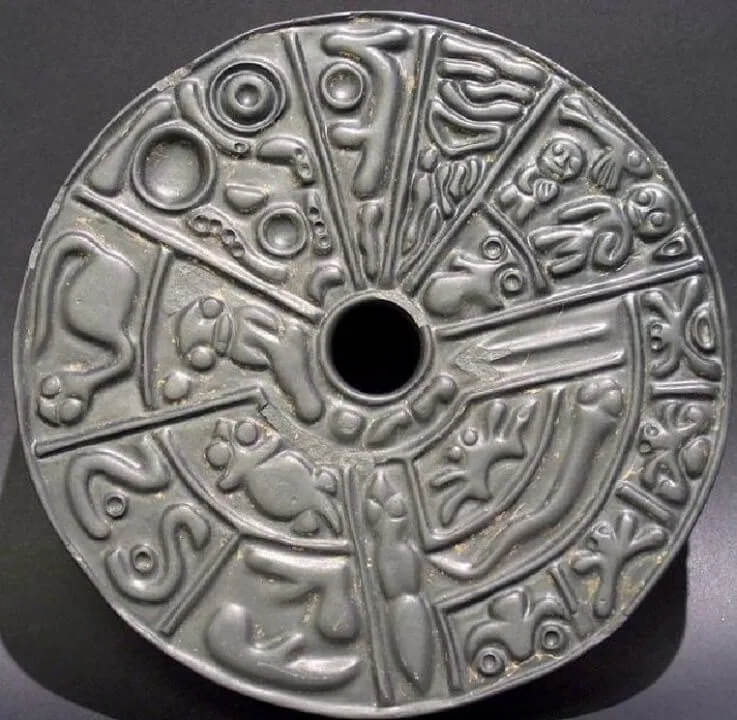 Ever since the commencement of the new millennium, scientists and researchers are attempting to decipher the human genetic plan of life.
Certain genes exist whose functions and origins are still unknown to mankind.
There is a number of skeptics who believe that a few devious scientists might design cloned “Wonder Children”, who could be ordered in a catalog.
However, the Geneticists firmly believe that this fascinating Genetic disc reveals Biological knowledge acquired from an ancient civilization that could launch a revolution in Medical history.

In ancient times, the “Tree of Life” was associated with the evolution of life.
However, the question is, What is the “Tree of Life”?
According to several ancient cultures, this is the tree erected by the Gods who gave life to men and other creatures.
Who have been those mighty and creative Gods that originated mankind?

Are the stories based of mythical beings, divine power and amphibious creatures real, or are they simply fabricated to fascinate the mankind?

This disk-shaped artifact was found in Columbia by Jaime Gutierrez-Lega., and it is one of the most interesting artifacts ever found.
The Genetic Disc is made of a very peculiar material called lydite, a marine sedimentary rock that is formed in the deep sea.
It measures a diameter of about 27cm (10.63 inches) and weighs 2 kilograms.
The astonishing knowledge of our ancestors is carved on this genetic disk revealing advanced Biological knowledge.

The artifact was carefully examined in the Museum of Natural History, Vienna, Austria.
The disk is also known as- A Disc in black stone that on its two facades encloses the “Secrets of the Life”

The disc is estimated by the scientists to be approximately 6000 years old.
To be precise, it was dated in prehistoric epoch and assigned to the MUISCA Culture.
Dr. Vera M.F. Hammer who is an expert in stones and minerals, examined the enigmatic object.

The symbols carved on the disc are very strange and impressive, it shows pictures of a sperm, fetus and even female egg.
The disc consists the carvings that seem to contain genetic or biological information.
These carvings represent the evolutionary process that carries from a frog to a man.
Other details that can be noticed are the visible presence of genital organs, spermatozoa, ova, (female egg) and even the fertilization of the ovum that is transformed in embryo until to arrive to the formation of the fetus.
The other side shows scenes that can be interpreted as the Cell Division in different stages of a frog/snake or an unknown being.

The most interesting part is that all of these symbols are only visible under a microscope.
A lot of information on the human genetics are strung on the outside of the disc.

For the records, Spermatozoids were not discovered until 1677, however, the illustrations on the disc depict that such knowledge existed in ancient times.
Does it proof that an advanced civilization existed in the past?

The current level of knowledge of humanity does not allow such a possibility, which induces a certain aura of mystery on how to obtain the information by a culture that did not have the technology to access such advanced knowledge.
How were the ancients capable of producing such an art piece?

Underground Tunnels Present Throughout The Jungle

Another mystery that has been associated with this artifact is its discovery.
The disc was discovered by Professor Lega, which at the moment was in possession of a local citizen, who asserted that he found the disc somewhere around the city of Sutatausa.

There are few researchers like Erich Von Daniken, who believe that the disc could belong to the rare collection of Father Carlos Crespi who was a missionary, and he used to work in Ecuador in 20th Century.
Father Carlos had bought objects from the locals, which they found in the jungle, ranging from ceramic of the Incas to Stone tablets.

It is believed that there were objects that did not pertain to any of the known ancient cultures of South America. The majority of the objects were made up of different metals, however, there were also stone circles and tablets covered with inscriptions and drawings.

After the priest passed away, these objects from his collection was given to the Vatican, and the others were just thrown away.
As per Father Crespi, the local citizens discovered the tablets not far from the Ecuadorian city of Cuenca- in underground tunnels and chambers located throughout the jungles.

It was also asserted by Father Crespi that an ancient system of 200 kilometers long underground tunnels existed from Cuenca to jungles.
So, could the discs be related to the people who build these underground structures?