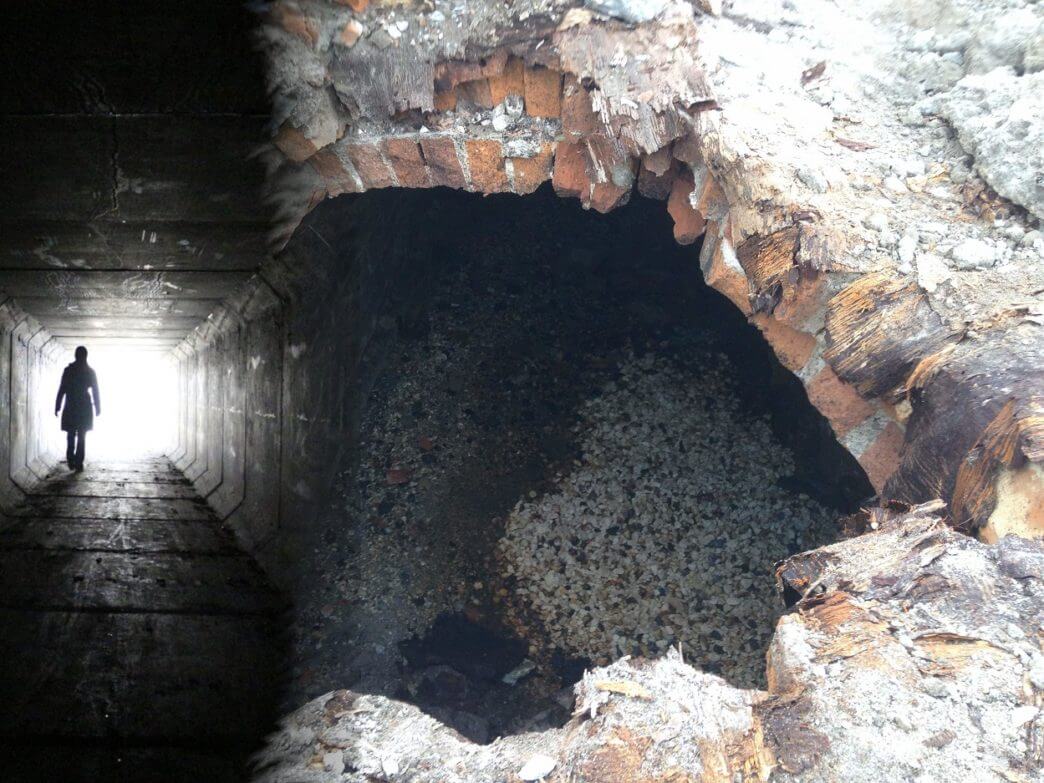 In November 2018 during a recent development of an area in Ybor City near Tampa in Florida a strange network of tunnels was discovered which “represent one of the great riddles and mysteries” of the area. Indeed they might, as nobody is quite sure what they are, who made them, or for what purpose. Of course, there are plenty of theories, some of which we will examine shortly. 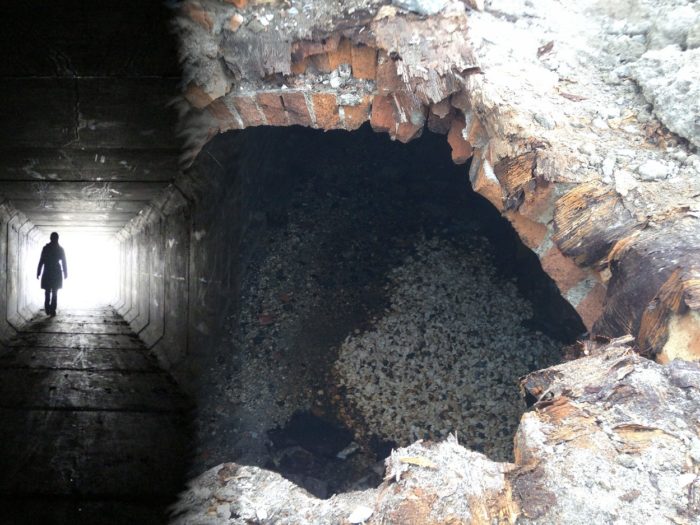 There are also many other “secret tunnel networks” around the world as well as in the United States. And many legends, folklore, and myths associated with them. Are these the remains of a long-lost and forgotten, ancient, possibly even advanced civilization that stretched the entire planet? Might these systems have once connected to each other like some hugely advanced global subterranean subway system from antiquity? Might they still do so today, and might some of these still be in use by a select, elite few? All outlandish questions, no doubt, but questions nevertheless that we should ask.

Proof Of The “Legendary Labyrinth” Under Florida?

The discovery of the mysterious Floridian tunnel system came to light as construction workers began excavating on land on the corner of 12th Street and Sixth Avenue in Ybor City near Tampa for a new commercial building.

One of those with a largely wider understanding of the alleged “legendary labyrinth” under the larger Tampa area is Dr. Gary Mormino. He has commented to the media that these systems are likely to have been constructed in the 1800s, just prior to the founding of Ybor City in 1886. They are likely, according to Mormino, to have been used for a variety of purposes, including smuggling and storing of “riches”. Mormino also believes that the tunnel system was ultimately abandoned before completion.

The first indications of such a network go back almost twenty years to November 2000. That year, during the laying of a streetcar system, very purposely constructed brick-lined walkways came to light. Many who would examine the perplexing systems would suggest they were part of a city-wide drainage system. However, detractors from those claims suggest, aside from the odd design for such a purpose, there are no records of such a project going back to the beginning of the city’s founding. This, then, would suggest a secret project undertaken by a select few “in the know”. Or, a project that began long before the founding of Ybor City. And the latter could certainly involve elements of the former.

It is theorized that the tunnel systems stretch out towards the Ybor Channel. This would suggest some connection to smuggling and possible bootlegging during the prohibition era. Some have suggested the tunnels may well have been a legitimate project “hijacked” by influential crime families for their own use. This, though, would still struggle to explain the lack of official records.

Of course, only when serious investigation of the site goes ahead will firm factual details emerge of the tunnel systems, how far the stretch, and the how old they truly might be. Although it is pure speculation at this stage, should we, for example, look to places such as Oak Island and the “Money Pit”? This construction, connected to the surviving descendants of the Knights Templar, appears to have been made long before any “official” population was in the area. Might these tunnel systems prove to be something similar? If only the “original” network, which might still lay deep within this unexplored system.

Or perhaps we should look at the tunnel systems under the city of Los Angeles. Discovered in 1934 by G. Warren Shufelt, many of the reports and findings of the initial searches, combined with esoteric information passed to Shufelt by elders of the Hopi tribe would suggest a bizarre connection to “Lizard People”. A civilization that dates back over 5,000 years, no less. Perhaps another description of these subterranean dwellers might be reptilians.

Shufelt would initially receive permission to excavate and explore the tunnel network. However, it would suddenly be revoked and the area “sealed shut”. Perhaps even more ominous was that Shufelt seemingly disappears off the record shortly after.

Just prior to the sudden shut-down of Shufelt’s project, a story appeared in the ‘American Society for Psychic Research’ newspaper featuring Edith Elden Robinson. Robinson was, at the time, one of the most renowned psychics in the United States. In it, she would state that “a vast city lay under Los Angeles. With massive tunnels that stretched out to the coast”. Furthermore, a “vanished race” had made these systems to give them “protection from the air and access to the sea”. 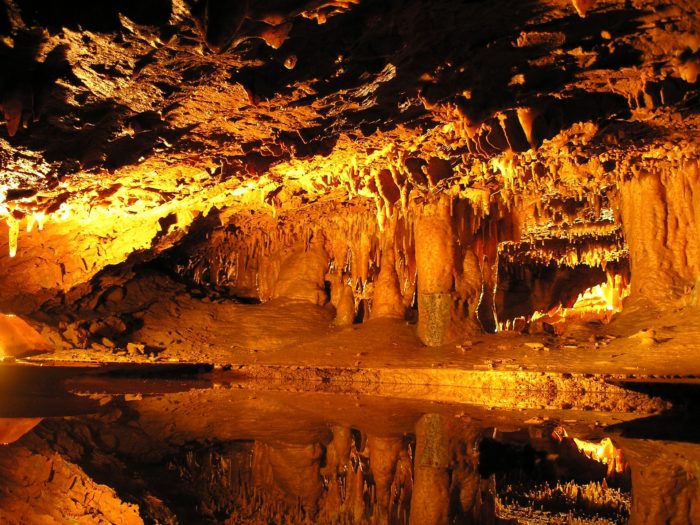 Underground caves and caverns exist all over the world

As bizarre and outright nonsensical as the above statement undoubtedly will be to some, there are claims of tunnel networks right across the United States. Quite often with connections to various mountain ranges, themselves rich in mysterious legends. Similar, still largely unexplored cave and tunnels exist within the Grand Canyon. When we consider that several hundred rooms already on record, it perhaps gives us an idea of the potential size of this underground city.

California’s Mount Shasta, on the other hand, is perhaps one of the most well-known mountains in the United States. Not least due to the folklore legends of the past, and the persistent, intriguing, and sometimes ominous mysteries of contemporary times. Brown Mountain in North Carolina is another very similar location. Legends of “strange orbs” have proven very true in that sightings of these mysterious lights continue today. You can see a clip of that below.

Brown Mountain also has legends of an “alien mummy” discovered within the tunnel networks around its base by Ralph Neal. He was, according to his account, led inside the cave and tunnel systems by an “alien presence” on several occasions before making the discovery. In the state of Missouri an apparent highly advanced ancient city was uncovered below a coal shaft in the late-1880s.

Might these tunnel systems in the Grand Canyon, California, and Missouri connect to those in Florida? And if so, might the “unrecorded bricklaying” in the Florida systems have taken place over an original, more ancient-type tunnel wall?

Indeed, in the same way that many churches and places of sacred relevance are built upon the foundations of previous building right across the world, perhaps some of the world’s underground systems are built upon and into the remains of networks from a very distant past.

“Master Builders” From An Antediluvian World?

While we will no doubt examine some of these fascinating subterranean habitats in full in future articles, if we are examining the possibility of an advanced civilization in the distant past, as well as the locations themselves there are several other things to consider. For example, were the occupants of these subterranean habitats forced underground or did they prefer such an existence? We might further ask, were the civilizations associated with their respective locations the original builders or were they simply the beneficiaries of the work of “master builders” from a global society from antiquity (even to them)?

According to some researchers, there were two floods within the last 12,000 years. Did this perhaps play a part in the creation of world-wide underground dwellings and tunnel networks? In their book Uriel’s Machine, researchers and authors, Christopher Knight and Robert Lomas, suggest that the first of these was in 7640 BC with the second in 3150 BC. And this secondary strike likely hit somewhere in the Mediterranean.

The basis of the book is that following the first of these floods – caused by a meteor strike – several “observatories” would watch the stars in anticipation of another such strike. Indeed, perhaps the astronomical connections of many ancient sites reside within this theory? Maybe, following one of those flood, survivors of this civilization undertook a sudden building of advanced tunnel networks so that future civilizations could retreat to safety should such a flood occur again?

As an afterthought, maybe we should consider the writings of Atlantis. And their use of transportation through “tunnel systems” which utilized steam pressure. As well as “the power of the Earth” to propel vehicles from one destination to another. Might these increasingly discovered underground networks be the remains of such an ancient system? 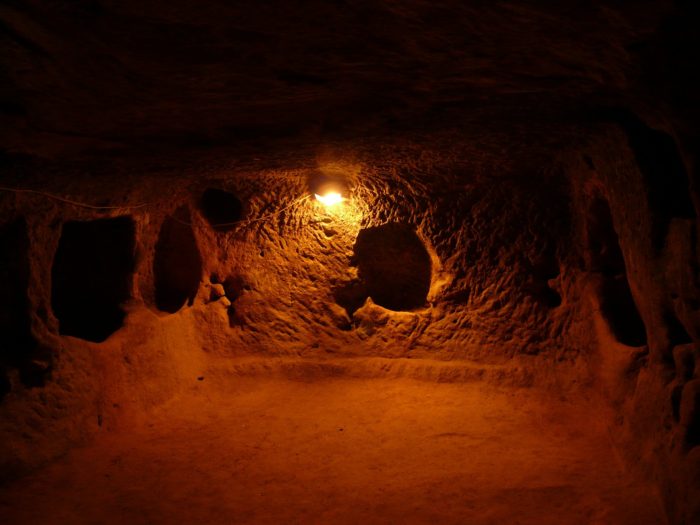 Derinkuyu – one of the most intriguing places in the world

An “Original Underground Network” From Antiquity?

Perhaps one of the most famous, certainly one of the most impressive underground cities and tunnel networks is that of Derinkuyu in Cappadocia, Turkey. The location was once home to around 20,000 people and stretches downward to 36 levels. The location is literally an underground city with living quarters, churches, locking doorways, and ample storage space. At over 200-feet below the ground at its lowest level, it is the deepest underground facility of ancient times.

Most investigations into the site suggest its origins from 1500 BC on one end of the scale. And around 800 BC on the other. Whether it was already in use long before that and simply “claimed” by the leaders of the civilizations of the time, might perhaps one day be up for further debate. After all, in the words of Graham Hancock, “things just keep ‘getting older’”.

Interestingly, and as we have mentioned above with other locations, the underground city has hosted several different civilizations and peoples. And all, it would appear, for a host of different reasons. For example, following hundreds of years with Christian connections, Muslim Arabs would occupy the underground space during the Arab-Byzantine wars from 780 to 1180. Perhaps, then, a civilization long before “Christianity” even existed first fashioned Derinkuyu and many others like it?

Perhaps we should look at the research of Dr. Heinrich Kusch and his book ‘Secrets of the Underground Door to an Ancient World’. In it, he would suggest that an “original network” of underground tunnels were under “hundreds” of Neolithic sites throughout Europe. Further stating, “from the north of Scotland to the Mediterranean”. He would observe how these tunnels dated back 12,000 years. And that the “original network” was likely huge, far-reaching and extensive.