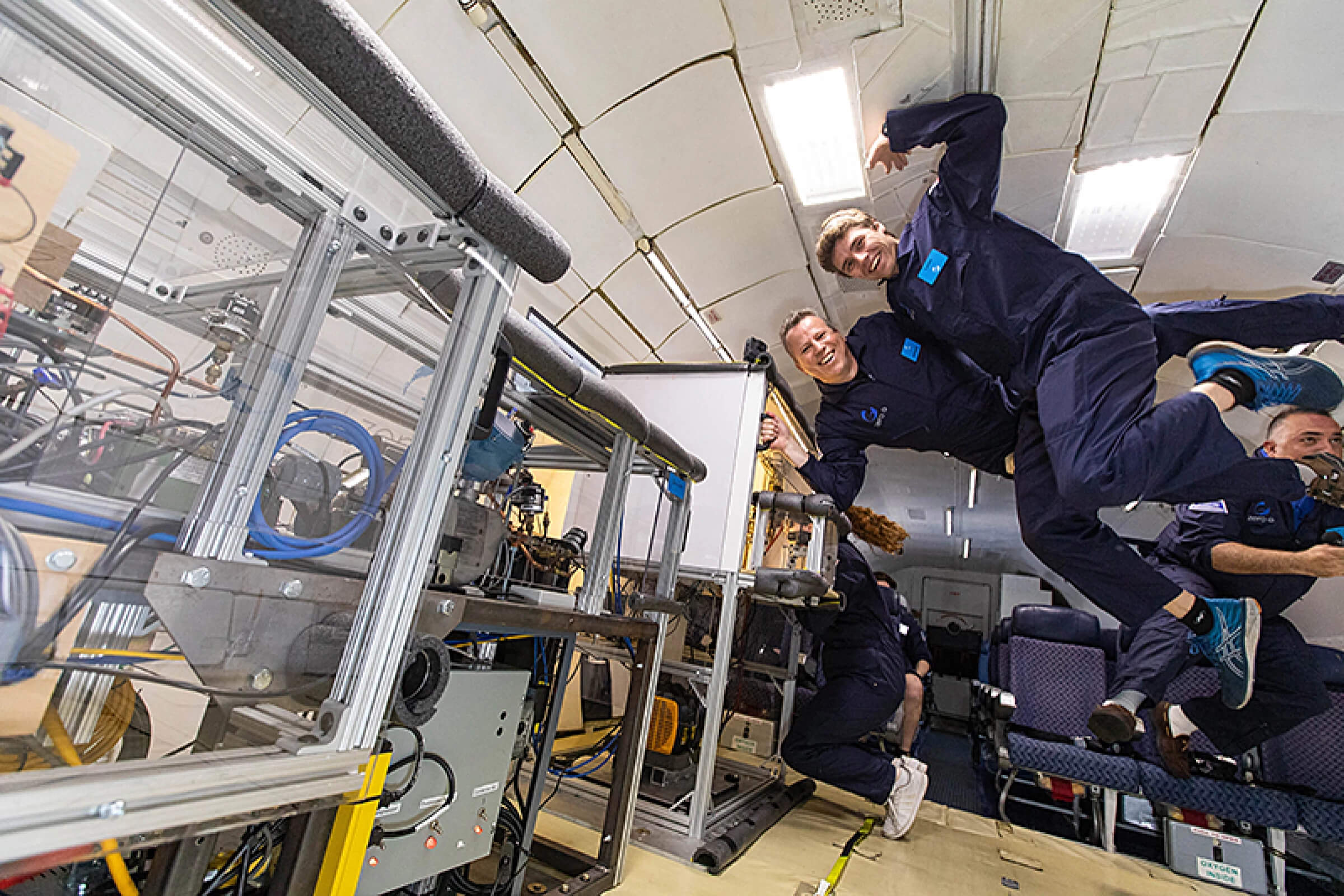 Today’s astronauts are able to survive largely on freeze-dried, canned and dehydrated foods, but there are limitations in both nutrition and flavor to these dietary regimes. Refrigeration in space is a complex engineering challenge but one that would change the game for those living in low-gravity environments. Scientists have just taken a significant step towards this future with the successful demonstration of a zero-gravity fridge in microgravity experiments here on Earth.

The difficulties in getting a fridge to work in space stem from the way traditional fridges work here on Earth, where gravity plays a central role in circulating refrigerant through the system. As it does this, the liquid undergoes a cycle of compression and expansion that converts it from a liquid to a vapor, with this phase change absorbing heat from the interior space and keeping it cool.

With no gravity to speak of in space, engineers have to rethink how these systems are regulated, and this is the problem being tackled by a research group from Purdue University. The team has collaborated with Whirlpool and equipment manufacturer Air Squared to develop a prototype space fridge designed to work in zero gravity.

Around the size of a microwave, the fridge features a compressor that is oil-free, unlike regular refrigerators, making it easier to manage in zero-gravity. This fridge also pushes the refrigerant through the vapor-compression cycle at a higher velocity than regular fridges, which is hypothesized as a way of overcoming the constraints of zero gravity.

The team demonstrated that its prototype space fridge could operate in any position on Earth, including upside down. They then took it aboard a specially designed plane from company Zero Gravity, which acts as a microgravity research lab, to see how it fared across 30 stints of weightlessness, each lasting 20 seconds.

The initial data analyzed by the team showed that the fridge operates just as well as it did on the ground, and that there was no greater risk of liquid flooding, which would damage the fridge. There is still data from the flights to be analyzed over the coming weeks, including how the fridge’s performance could be improved to save energy, but the early signs are promising.

“The fact that the refrigeration cycles operated continuously in microgravity during the tests without any apparent problems indicates that our design is a very good start,” said Leon Brendel, a Purdue Ph.D. student in mechanical engineering. “Our first impression is that microgravity does not alter the cycle in ways that we were not aware of when we tested the effects of gravity on the fridge design on the ground by rotating and inclining it.”

The video below offers an overview of the research.

Fridge works in zero gravity
Please remember we all have different opinions, Think Before You Speak or Write Something that is cruel to Others. After all, We are only Humans. Wishing you clear skies and wide eyes. To share your experiences or just leave a comment there is a area below. Read or listen.