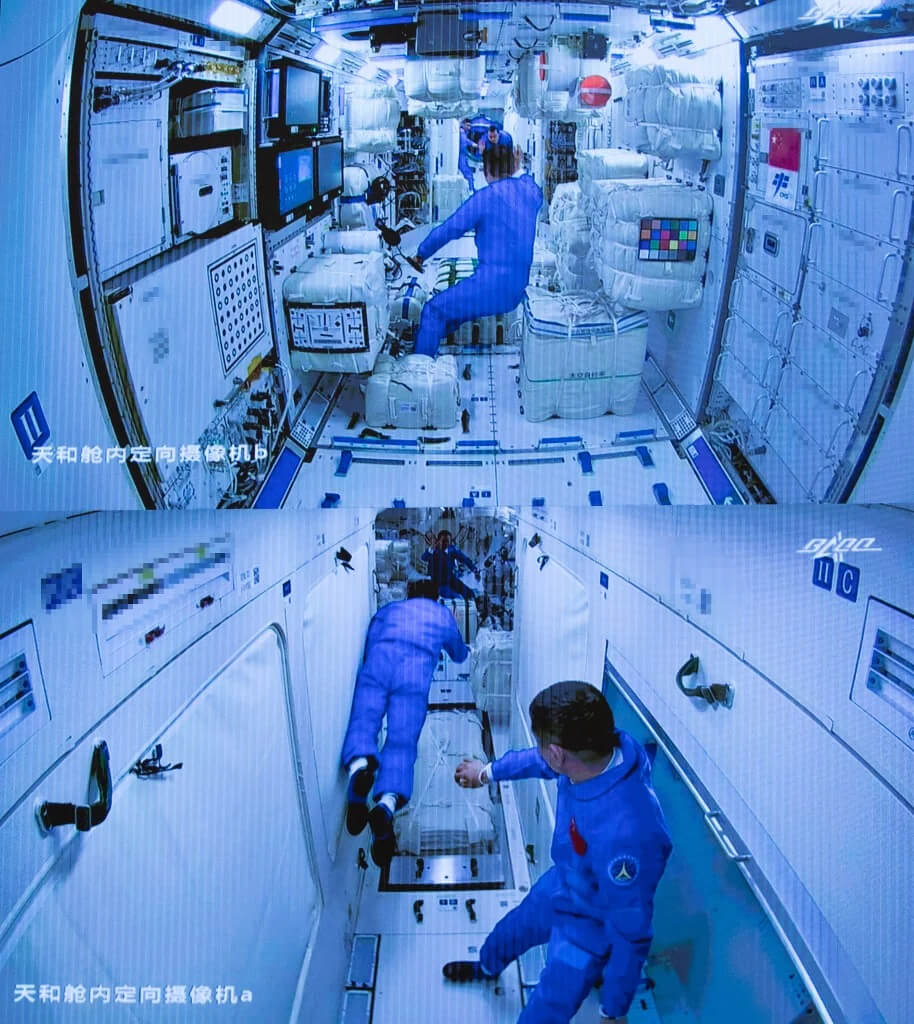 The first astronauts arrived at China’s new space station on Thursday in the country’s longest crewed mission to date, a landmark step in establishing Beijing as a major space power.

The trio blasted off on a Long March-2F rocket from the Jiuquan launch center in northwest China’s Gobi desert, and their craft docked around seven hours later at the Tiangong station, where they will spend the next three months.

State broadcaster CCTV showed a live feed from inside the spacecraft during the journey, with the three astronauts lifting their helmet visors after it reached orbit as one smiled and waved at the camera.

Another floated a pen just off his lap in zero gravity, as he browsed the flight manual.

The Shenzhou-12 spacecraft – having separated from the Long March rocket – “successfully docked with the forward port of the core module” of the Tiangong station, said the China Manned Space Agency, as state TV showed live footage.

By Thursday evening, the astronauts were shown entering the core module, one of them making a 360-degree flip in the process.

The group will be setting up their living quarters and are expected to open the door to the Tianzhou-2 cargo craft – which docked earlier with the core module – on Friday morning.

The mission’s commander is Nie Haisheng, a decorated air force pilot in the People’s Liberation Army who has already participated in two space missions.

The two other members are also from the military.

NASA administrator Bill Nelson congratulated China on the launch, saying in a statement: “I look forward to the scientific discoveries to come.” 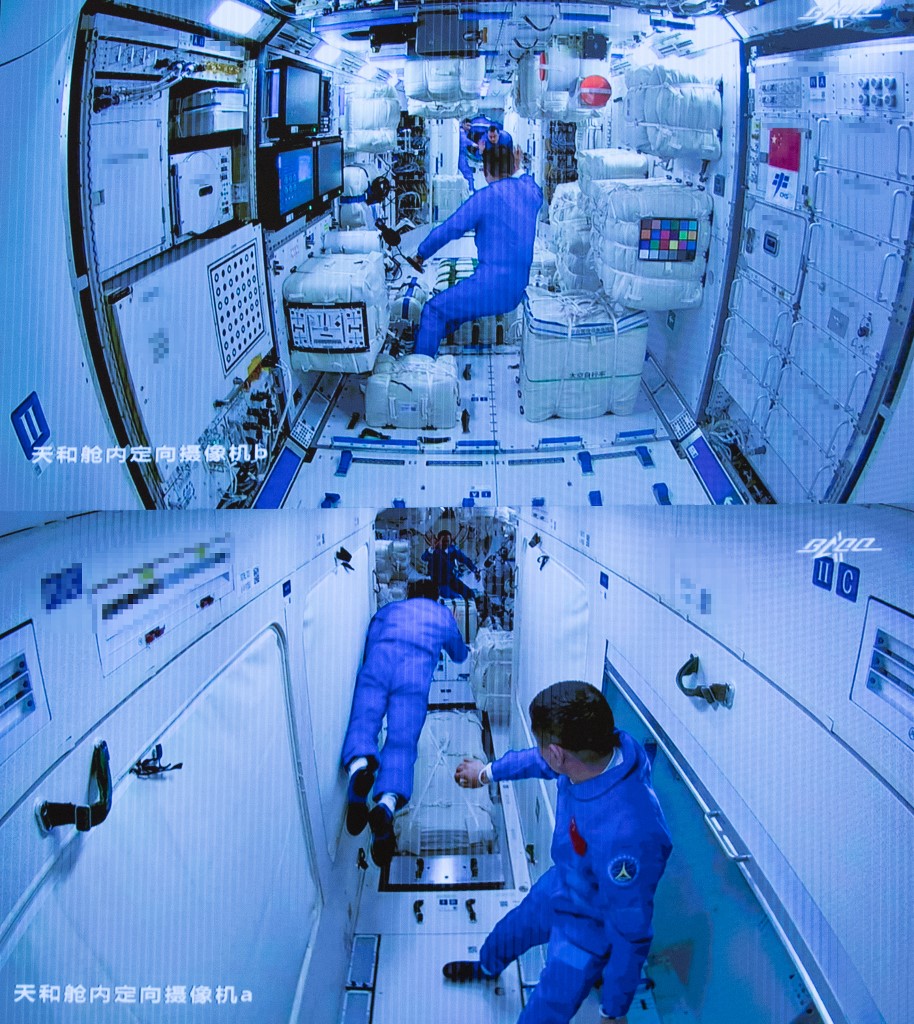 Chinese astronauts aboard the space station. (Jin Liwang/Xinhua via AFP)

The core module of the space station has separate living spaces for each astronaut, a “space treadmill” and bike for exercise, and a communication center for emails and video calls with ground control.

Huang Weifen of the China Manned Space Program said the astronauts would perform two spacewalks during the mission, both lasting around six or seven hours.

She added the trio would wear newly developed spacewalk suits.

The launch of China’s first crewed mission in nearly five years is a matter of huge prestige in China, as Beijing prepares to mark the 100th anniversary of the ruling Communist Party on July 1 with a massive propaganda campaign.

To prepare, the crew underwent more than 6,000 hours of training, including doing hundreds of underwater somersaults in full space gear.

The Chinese space agency is planning a total of 11 launches through to the end of next year, including three more crewed missions that will deliver two lab modules to expand the 70-tonne station, along with supplies and crew members.

China’s space ambitions have been fueled in part by a US ban on its astronauts on the International Space Station, a collaboration between the United States, Russia, Canada, Europe and Japan.

The ISS is due for retirement after 2024, although NASA has said it could potentially remain functional beyond 2028.

Tiangong is expected to have a lifespan of at least 10 years.

China has said it would be open to international collaboration on its space station, although it has yet to give specific details.

“There are a number of countries that have expressed a desire to do that and we will be open to that in future,” he said.

Beijing said in March it was also planning to build a separate lunar space station with Russia, and this week the two countries issued a “roadmap” for potential collaboration opportunities.