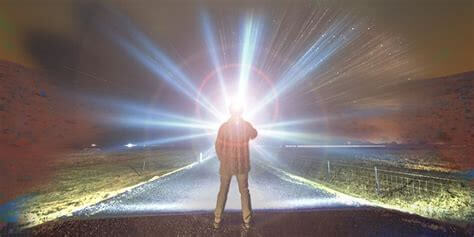 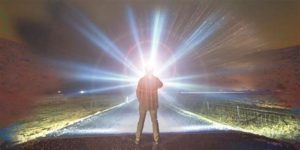 Are you worried about being abducted by aliens? Many people worldwide have claimed to have been abducted by aliens, been taken against their will to an alien spacecraft or enclosed place, questioned or physically examined, and they remember these experiences either consciously or through methods such as hypnosis. Indeed, many of those people who claim to be ‘alien abductees’ are seemingly sincere, psychologically healthy, nonpsychotic people—so are their experiences real and their claims to have been abducted true?

Professor Richard McNally and his colleagues at Harvard University have spent over 10 years researching the psychology of alien abductees, and in particular why it is that some people embrace the identity of alien abductee. His research has isolated a number of traits possessed by alien abductees each of which he argues contributes to the experiences they recall when ‘being abducted’ and to the desire to cling on to their belief that aliens were responsible for their abduction experiences. Let’s look at each of these five traits in turn.

1. Regularly experiencing sleep paralysis and hallucinations when awakening: Many people who have reported alien abduction suffer episodes of early morning sleep paralysis. On awakening from this paralysis, their terror gives rise to hallucinations of flashing lights and buzzing sounds. Some experience feelings of ‘floating’ around the room or seeing figures in the room. While many people interpret these post-sleep paralysis experiences as dreaming, some people interpret these experiences as seeing figures, ghosts, or aliens.

2. A tendency to recall false memories: In an elegant set of experimental studies, McNally and colleagues found that individuals who claimed to have been abducted by aliens were prone to what is known as “false memory syndrome.” That is, ‘alien abductees’ regularly claimed to recall words, items, sentences, etc. in memory tests that they had never actually seen before. If this “false memory” effect can be generalized to autobiographical memories, then individuals who claim to have been abducted by aliens would be twice as likely to “falsely remember” things that had never happened to them than would non-abductees.

3. High levels of “absorption”: Alien abductees also score significantly higher than most people on the mental characteristic known as absorption. This is a trait related to fantasy absorption proneness, vivid imagery, and susceptibility to hypnosis and suggestion. Because of this, it is probably not surprising that many alien abductees recall their experiences under hypnosis, where memories of abduction can be induced through suggestibility—especially if the person leading the hypnosis session asks particularly leading questions about abduction.

4. New Age beliefs: Being whisked up into spaceships by tractor beams or light sources is not something that happens every day—nor is it something that is easily explainable within our existing knowledge of physics. Similarly, being subjected to imaginative medical procedures requires a tendency to accept unusual and non-mainstream ideas. This is also a trait possessed by alien abductees. They score highly on measures of magical ideation and endorse New Age ideas that encompass beliefs about alternative medicines and healing, astrology, and fortune telling. Such beliefs would certainly allow the individual to accept things happening to them that would be dismissed by existing scientific knowledge.

As Professor McNally points out in a very readable review of his studies on alien abduction, it is still unclear whether all these characteristics are necessary ingredients in the recipe for ‘alien abduction’ or whether some are more necessary than others. Other researchers have also identified further traits that appear to be characteristic of ‘alien abductees’, such as paranoid thinking and weak sexual identity. There is still much more research to do to fully understand the motivations and thinking patterns of individuals who claim to have been abducted by aliens, but as McNally shrewdly points out, these people are not anxious nor depressed, they are not psychotic and do not appear to have any obvious mental health problems. ‘Alien abduction’ experiences often deepen spiritual awareness and give shape to the identities of abductees and provide a basis for their beliefs about the world and the universe. Whether the experiences of abduction were real or not, the experiences and interpretations adopted by ‘alien abductees’ are often psychologically helpful and can be spiritually comforting.

Finally, a note of caution. All of these studies of ‘alien abductees’ were carried out after they had their abduction ‘experiences’, so it’s difficult to know whether these five traits are consequences of the experience or were—as McNally suggests—factors that led individuals to interpret rather earthly experiences (such as sleep paralysis and hallucinations) as evidence of abduction. And then—perhaps fantastically—can we genuinely rule out the possibility that such traits are implanted in their victims by aliens in invasive medical procedures carried out on alien space ships! My skeptical, scientific mind says probably not—but who knows?