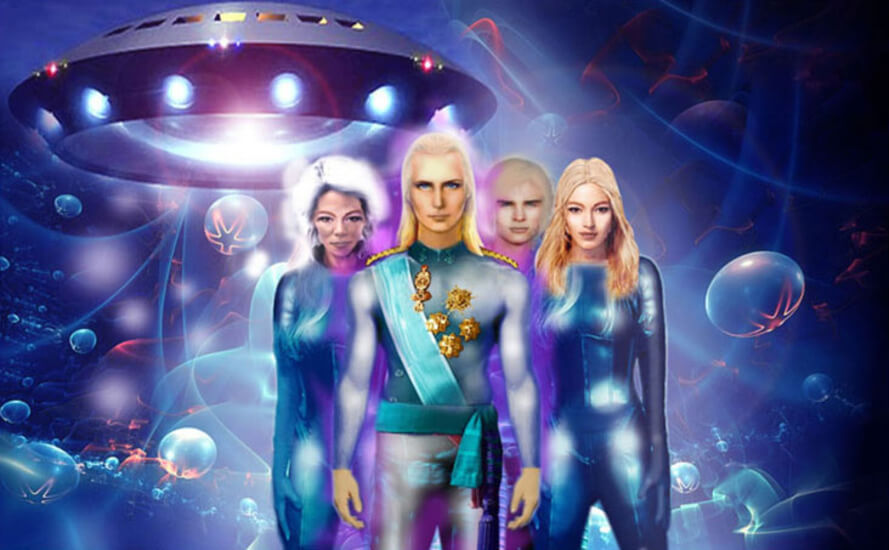 The Biggest Cover-Up in Human history…

Our Fleet of Massive Galactic Federation Ships that house billions of human beings & hundreds of extraterrestrial humanoid beings such as Pleiadians, Arcturians, Andromedans, Lyrans, Draconians, and many many more.

The Galactic Federation of Light was founded over 4.5 million years ago to prevent inter-dimensional dark forces from dominating and exploiting this galaxy. At present, there are just over 200,000 member star nations, confederations, or unions. Approximately 40% are humanoids and the rest are varied forms of sentient beings. Most members of the Galactic Federation are fully conscious beings.

Long ago, the sacred Emerald Orders of the Spiritual Hierarchies of this galaxy forged a Grand Spiritual Council of the Light. To this sacred entity came the great Beings of Light who created sacred colonies in the star groupings that you know as the constellations of Lyra, Cancer, and Gemini. These grand Beings eventually formed a League of Light, whose present progeny is the Galactic Federation of Light. The Galactic Federation is also overseen by the Great Blue Lodge of Creation, whose wondrous Light emanates throughout this Galaxy from a major stargate located in the Sirius star system. The Sirius star-nation is a proud member of the Galactic Federation.

The Galactic Federation of Light is composed of many humanities from many worlds committed to the cause of helping Earth ascend. Within the Federation is the Ashtar Command, a division whose members have the sole mission of helping in the ascension process. They send spiritual guides, who speak through a few people in this world, who have a special mission here on Earth. These people with a mission are regular humans who have taken birth just like everyone else; however, their spiritual lineage is not native to this world. Those people are lightworkers and starseeds, whose spirits originate from various worlds within the Federation, such as Lyra, Sirius, the Pleiades, Andromeda Galaxy, and countless others.

There are also children who are born today, whose current bodies are already more highly evolved than most older humans, and they are known as ‘Indigos’ and ‘Crystal’ children. And lastly, some souls are “walk-ins”, where the original soul born to a body moves on, and a light-being walks into the body left behind.

We are always being observed and protected by the Earth Alliance and our nonterrestrial counterparts. Earth is one of the most sacred and sought-after planets in our universe and others. Do not ever think that anything bad will or would ever happen to us. The Galactic Federation of Light is always here with us and has never left. Only positive possibilities from here on out.

Light has beat out the dark. Planet Earth is currently in the process of being liberated completely, and every man, woman and child will be free to live in accordance with The Galactic Codex to live a positive life with unlimited abundance. Unity consciousness is IMMINENT.

Everything is happening now and everything is unfolding as planned. Trust the process and know you are all divine beings of light.

Photo credit currently unknown for this exquisite creator and visionary.