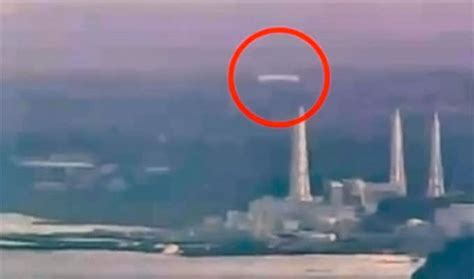 Sixteen years have passed since the disaster at the Chernobyl nuclear plant on April 26, 1986. The explosion happened at 1:23 a.m. Tons of radioactive products were emitted into the atmosphere. The machine shop of the plant was gripped with fire, and the fire was about to move on to the third power-generating unit of the plant. Firemen managed to extinguish the fire several hours later. Many of them died later of radiation exposure.

Much has been written about the Chernobyl disaster, both in Russia and abroad. It seems that the physical nature of the tragedy has determined, as well as the people who were responsible for it. The fourth power-generating unit was supposed to be repaired. Yet, before shutting it down, the administration of the plant decided to perform several experiments. Steam delivery was cut to one of the turbo generators in order to discover the period of time that electric power would still be generated due to the rotation of the rotor. The experiment was not well-organized. There was another test conducted simultaneously: the study of turbine vibration.

They started decreasing the capacity of the generating unit at 1 a.m. on April 25. The emergency cooling system of the reactor was shut down at 2 p.m. This was supposed to stop the reactor.

However, the Kievenergo energy company did not know anything about these tests. An energy control officer did not allow the fourth generating unit of the plant to be stopped. These were the prerequisites of the tragedy. Many people are still suffering.

The explosion was very large, but, luckily, it was a thermal blast. The fourth power generating unit was basically destroyed by overheated steam. There was no nuclear explosion. Roughly 180 tons of enriched uranium were in the reactor. If a large blast had happened, half of Europe would not currently be depicted on any maps.

There are many theories to explain such luck. One of the theories is that there was help from an Unidentified Flying Object. When troublesome events started to occur, some people saw a spaceship hovering above the fourth generating unit of the Chernobyl plant. Eyewitnesses say that an UFO was there for six hours and that hundreds of people saw it. People started writing about it only two years after the catastrophe. Of course, such information appeared in magazines on ufology. As it is generally believed, serious people don’t read such magazines and journals.

Here is what Mikhail Varitsky had to say: “I and other people from my team went to the site of the blast at night. We saw a ball of fire, and it was slowly flying in the sky. I think the ball was six or eight meters in diameter. Then, we saw two rays of crimson light stretching towards the fourth unit. The object was some 300 meters from the reactor. The event lasted for about three minutes. The lights of the object went out and it flew away in the northwestern direction.”

The UFO brought the radiation level down. The level was decreased almost four times. This probably prevented a nuclear blast.

Three years later (on September 16, 1989), the fourth power-generating unit emitted radiation into the atmosphere. Several hours later, a doctor saw an object in the sky above the Chernobyl plant. Doctor Gospina described it as “amber-like.” She said she could see the top and the bottom of it as well.

In October of 1990, a reporter from the newspaper the Echo of Chernobyl , V. Navran, was photographing the machine shop of the Chernobyl plant. “I photographed the top of it, including a part of the hole above. I remember everything very well; I did not see any UFO. However, when I developed the film, I clearly saw an object that was hovering above the hole in the roof.” The object looked like the one doctor Gospina saw.

It seems that aliens are not worried with the fate of humanity. They are basically worried about the planets environment.