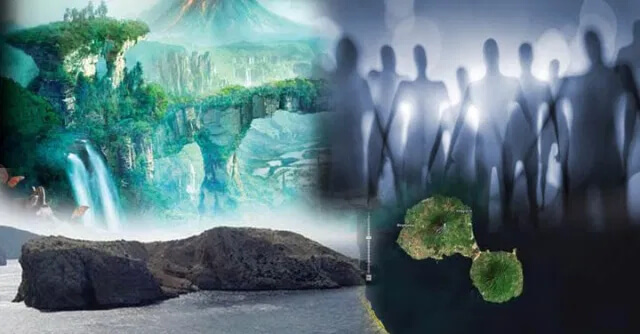 It is one of the most controversial cases of Chilean ufology. Beings that would have announced earthquakes, natural disasters and the fall of the Challenger. For more than two decades there has been speculation about the existence of the famous Friendship Island, however until now there is still no certainty of its possible location, nor of the truthfulness of the contacts with the inhabitants of that island.

When the story of the so-called Friendship Case was first published, a wave of speculation and theories began to circulate. Some argue that it was all about a mental experiment; others say that the hands of the Nazis are behind the case and most believe that they are extraterrestrial beings who have chosen the southern end of our country as a base for their operations on Earth.(Friendship Island)(Friendship Island)

The case is based on alleged radio communications between some people with inhabitants of an unknown island located in southern Chile in the 80s. The protagonists of the story, the Ortiz family, for years maintained contact with mysterious characters with an accent ” gringo”.(Extraterrestrials in Chile)

Octavio Ortiz was the first to tell how this mystery came to be part of. Tradesman by profession, he acquired an 11-meter radio for his communications: “We made contacts with these gentlemen who first thought that they were religious or Mormons because of their way of speaking. We played many songs and it never occurred to us to link them with extraterrestrial beings. And to this day I do not have the certainty that they are beings from another planet, “said Ortiz.(Friendship Island)

These characters claimed to have an island in the southern south of Chile: “Their only contact was a yacht in which they transported machinery and the people who visited them. Even they invited us, several times, but I was afraid. I did not know what we were going to find there, “he said.

One of the most controversial protagonists of this story is Ernesto de la Fuente, a mechanical civil engineer from the University of Concepción, who in 1983 claimed to have made contact with the inhabitants who lived on that island in the south. Later he would know that they were members of a congregation called Friendship.

In those years, De la Fuente acquired an 11-meter radio station with which he tried to get out of the isolation he was in. Among the many contacts with people from different parts of the island, these interlocutors appeared who claimed to belong to a religious congregation called Friendship, which would have acquired an island in the Guaitecas archipelago.(Friendship Island)

Conversations became very common during the afternoons. Many went on for more than two hours. In these real conversations, other Chilean radio amateurs participated, as well as some guests from other parts of the world.

De la Fuente had the opportunity to meet the supposed inhabitants of Friendship. According to the description he himself makes, the age of the character he met fluctuated between 35 and 55 years. His hair was dark blond, with light eyes and slightly toasted skin. Its height far exceeded that of the average Chilean. “What was most striking was the peace that radiated from his presence,” he said.(Friendship Island)

For a time De la Fuente worked for the Friendship. His work consisted of welcoming families and people who were invited to the island. In his vehicle, Ernesto took them to small ports from where they were picked up by the Mytilus II, a small boat, which was the only one authorized to reach the supposed island.(Extraterrestrials in Chile)

During the time he was able to remain on the island, De la Fuente claimed to have slept in a small piece of approximately 3 square meters. Inside there was nothing but a bed and a table with a computer terminal.(Friendship Island)

Everything was controlled through computer processors: “There was a heated pool, three large greenhouses, satellite TV lounges and other amenities that I would have never imagined. One was with many people in the corridors, everyone was smiling and nobody spoke loudly. I do not remember seeing a clinic or hospital, “he told de La Fuente.

Another fact that has given the international impact to the case is that the Friendship would have had the ability to predict things. This is how they would have announced earthquakes, natural disasters and the fall of the Challenger.

It should be remembered that despite the efforts made by different media, it has not been possible to reach the location of the island. That is one of the main questions raised by those who argue that this story is false.

Two of the expeditions to locate it were made by the Nueva Imagen production company. One with the support of the Navy and the other completely independent. In none of them was it possible to reach the given coordinates .. What do you think? Leave us your comment!(Extraterrestrials in Chile)