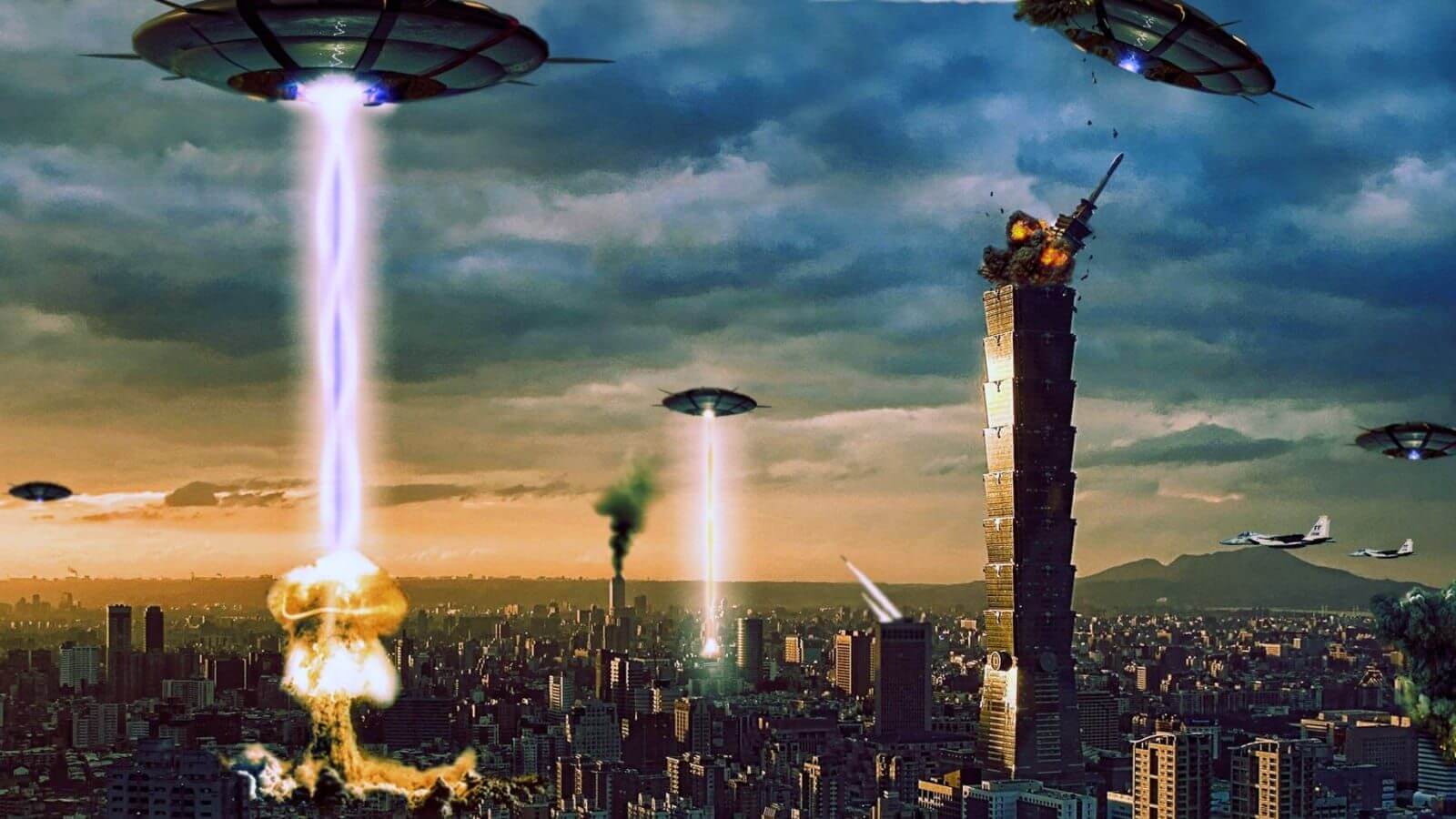 Luis Elizondo claims that Extraterrestrials are observing our planet and are specifically targeting only the nuclear capabilities of the US military. He says that countries such as China and Russia have a secret deal with Extraterrestrials giving them control over the ET technology. Elizondo warned that such countries could strike the heart of United States anytime with the help of their “foreign adversarial technology”.

Elizondo, a former intelligence officer who worked as a director of the Pentagon’s UFO research program known as the ‘Advanced Aerospace Threat Identification Program’ (ATTIP) from 2007 to 2012, revealed his team had discovered that UFOs have targeted US nuclear technology to disabled US military weapons. Elizondo claims that the government is planning to lift the lid on ETs and reveal the “reality” of UFOs to the American public soon.

Alien observers claim that the UFO report ordered by President Donald Trump (that is due to be released on June 1st) will contain vital information about super-smart Extraterrestrials visiting the Earth. Tim McMillan, a former Police Lieutenant turned UFO investigator, has questioned why the Senate Select Intelligence Committee asked Trump to sign off on the UFO report so urgently, raising assumptions that it contains real life military encounters with Extraterrestrials.

”I think for me the most concerning thing are those incidents that involve our nuclear equities,” Elizondo said in a recent press conference. ”There seems to be a very distinct congruency between [UAP/UFO] activity and our nuclear technology.” The New York Post quotes Elizondo as saying: “Whether it be propulsion or weapon systems or whatnot…we’ve actually had some of our nuclear capabilities disabled by these Beings.” He wants people to be prepared if there’s an imminent attack by external forces.

For a century, negative extraterrestrial groups such as the Draco Reptilians, the Anunnaki and the Orion group have controlled the Earth’s population with an iron grip. They chose to plunder the Earth’s economic and human resources rather than to destroy the world, which they certainly could have done. If nuclear bases were in fact disarmed, it most likely would have been done worldwide by the more benevolent extraterrestrial groups who understand that a nuclear holocaust on Earth would reverberate negatively throughout the rest of the galaxy. They would have done so in the name of peace, not invasion.

Is the real reason for Tom Delonge and Luis Elizondos ‘To the Stars Academy’, which works closely with the US Air Force to orchestrate a slow drip of ‘limited’ UFO/Extraterrestrial disclosure, to stir up public fear of a false flag alien attack on Earth as predicted by Wernher Von Braun in 1974, and recently publicized by Steven Greer? And to throw in perceived threats from China and Russia for good measure. (see Dr. Michael Sallas recent article: “Is an Alien False Flag Event Coming?”) The deep state has their back against the wall and are losing control. This would be the ideal time to roll out such a false flag event as a last ditch effort by the deep state to wrest control back from the white hat Alliance. And Elizondo may just be helping to lay the groundwork.

have been disabled by UFOs and sent out a warning that countries such as China and Russia have control over the alien technology.

Elizondo rang warning bells fearing that other countries could strike the heart of US anytime with the help of their “foreign adversarial technology,” hinting the countries have a secret pact with aliens.

Luis Elizondo previously worked as a director of the Advanced Aerospace Threat Identification Program (ATTIP), which is a secret and undisclosed Pentagon team that reportedly studied UFOs, between 2007 and 2012.

He stated that there’s an extraterrestrial observation occurring on our planet and the powers are specifically targeting only the nuclear capabilities of the US, raising suspicions that other countries might be involved and equipped with alien technology.

the nuclear weapons, and unknown technologies, which he claims to be UFO powers, targeted US nuclear technology and disabled it.

The ex intelligence officer also claimed that the government is planning to lift the lid on aliens and reveal the “reality” of UFOs to the American public soon.

”I think for me the most concerning thing are those incidents that involve our nuclear equities,” Elizondo said in a press conference. ”There seems to be a very distinct congruency between UAP (Unidentified Aerial Phenomena), associated UAP activity and and our nuclear technology.”