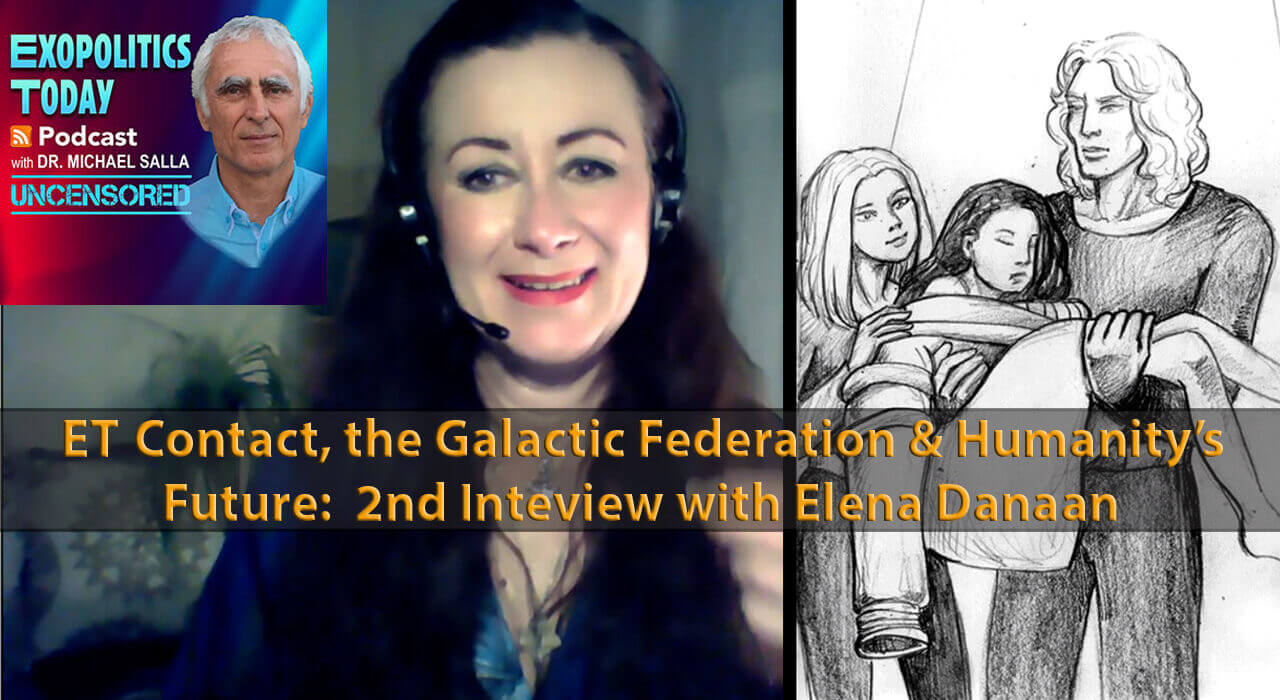 In our 2nd interview, Elena Danaan recounts her personal contact experiences, the most dramatic of which involved an abduction at age nine by five gray aliens. In the midst of two medical procedures involving implants, she was rescued by two human looking extraterrestrials using laser weapons. In the interview, Elena explains how her rescuers repurposed one of the implants so they could subsequently remain in telepathic communications. Elena learned that her rescuers belong to a Galactic Federation of Worlds that is helping Earth’s Great Awakening.

Elena explains how the Galactic Federation first became interested in Earth after it was advised by another extraterrestrial political organization, the Andromeda Council, that a future galactic tyranny could be traced back to Earth in the present era. This matches the testimony of Alex Collier who said, around 1991, that the sudden appearance of a galactic tyranny about 350 years in our future could be traced back to the Earth, Moon and Mars. In Defending Sacred Ground, Alex wrote:

Now, in our galaxy there are many councils. I don’t know everything about all those councils, but I do know about the Andromedan council, which is a group of beings from 139 different star systems that come together and discuss what is going on in the galaxy. It is not a political body. What they have been recently discussing is the tyranny in our future, 357 years from now, because that affects everybody.

Elena recounts how President Eisenhower was betrayed by the Majestic-12 Group which made an agreement with Gray aliens without his permission. This matches insider accounts that Eisenhower was on the verge of ordering the US Army to take over the Area 51 S-4 facility controlled by the MJ-12 Group in 1958 for their failure to fully brief him on their activities.

She also discussed how the Galactic Federation has been working with an Earth Alliance, and the four countries most active in this cooperation are Russia, USA, France and Israel. In addition, she corroborated Prof Haim Eshed’s recent claims that President Trump was actively collaborating with the Galactic Federation.

Elena further explains how in November 2018, she was advised by one of her alien rescuers, Thor Han Eredyon, that in two years, the Earth would enter a very dangerous phase, but at the end of it humanity would be liberated from the dark forces that have controlled it for centuries. This brings us to contemporary political events and multiple insider accounts that claim White Hats have set the stage for a series of earth shattering announcements.

Watch this fascinating interview for a glimpse into how different extraterrestrial factions are battling one another to steer humanity’s destiny.