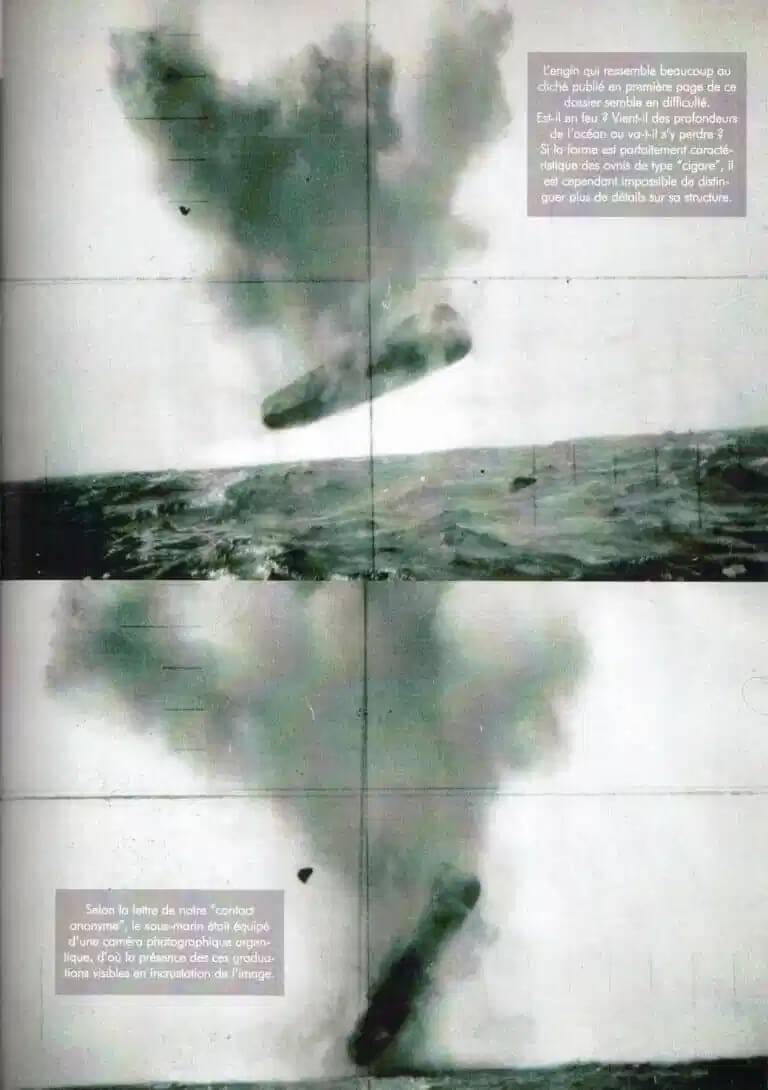 Since 1970, the US Navy has been dealing with Unidentified Aerial Phenomena (UAP), or UFOs. After the leaked UFO images that were allegedly taken by the crew of the USS Trepang SSN 674 in March 1971, the existence of Unidentified submerged objects (USOs) has become a serious threat. A similar incident happened to the Soviet submarine crew. This undated account explained the Russian submarine’s encounter with the formation of six alien spacecraft in the south of the Pacific ocean.

There are many hidden stories of the US military’s personnel that could not come out due to the peer pressure of their consequences. The USS Nimitz UFO incident encouraged others to speak out about their encounter with underwater UFOs. One such incredible USO account was shared by former Gunner’s Mate John Baughman, who served in the U.S. Navy from 2008 to 2013.

Baughman was stationed on the United States Navy’s third Nimitz-class supercarrier “The USS Carl Vinson” in 2010. The supercarrier was deployed on the mission, providing aid to Haiti that was devastated after the earthquake. Around 200,000 people died in the catastrophe. He was given a serious job to maintain a defense system on the ship. It is the same ship from where the dead body of Osama bin Laden was buried in the northern Arabian Sea.

One day while working on the flight deck, Baughman took a short break and was enjoying the sea life which he liked to do often. He said to have seen all kinds of sea life, floating under and on the surface of the water. He saw “everything from sharks, dolphins, and whales to giant squids, sea turtles, and swordfish.”

Baughman developed a skill of identifying the nature of things deep underwater by examining the “water line on the side of the ship.” That day, something surprised him underwater off the coast of Haiti. He claimed to have seen a “Tic Tac” object.

He said: “I was staring into the water from above when a large, flat, white ’Tic Tac’ object, approximately twenty feet in length, suddenly appeared in my view below me, moving right and darted into the depths as fast as it appeared. I couldn’t really comprehend what I saw. It was definitely a solid object, but when it descended, its forward end rapidly collapsed in on itself and disappeared.”

Baughman could not believe what he saw. He told his supervisor about the strange object he had seen underwater. But others were indifferent and ended the talk by saying “everyone sees weird shit in the ocean.”

He doubted about his sighting as he believed that it could be anything from an albino whale, shark, or some ship wreckage to an optical illusion. He said: “But it cast its own shadow and that’s how I was able to perceive it as a solid object.”

However, Baughman remained silent for all those years until the 2004 Nimitz event got public in 2017. This encouraged him to reveal his encounter with an underwater UFO. “It’s hard to come to grips with something like this, and I still feel somewhat insecure about it because it doesn’t make sense. But at the same time, more data points, even as basic as my story, could help solve the mystery of whether they’re foreign adversaries playing mind games, non-human entities, or the myriad of other possibilities,” he explained.

Being afraid of the response he could have received on his story, he had been keeping silence for many years. Likewise, there are other military personnel who do not reveal their incidents due to many reasons.

If you believe Baughman is strange then you should listen to Lt. Col. Richard French. He testified about his work on the UFOs in 1952 in front of 6 former members of Congress at the Citizen Hearing in 2013.

Although in the recent UAP report there was no chance to read about such cases, it helped others to come forward and speak out about their experiences. In the future, there will be more such stories revealed to the world.