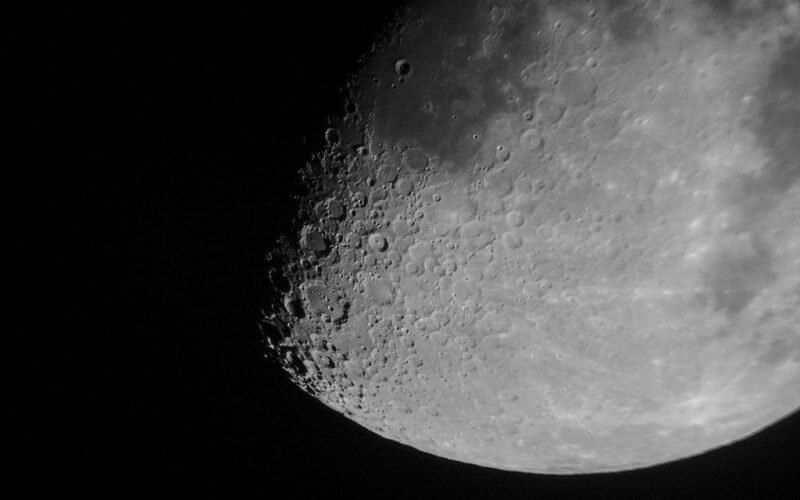 A study published in the Journal Space Exploration in 2016 provides an in depth analysis of images taken from Apollo 15 as well as the Lunar Reconnaissance Orbiter. According to the authors, there appears to be “two unusual features in the crater Paracelsus C on the far side of the moon,” the side that is never visible from Earth. By combining multiple images it becomes clear to them that what they are looking at are two walls “on either side of a narrow valley or passageway.”

Using single image shape from shading and 3D terrain visualization we show in a computer generated perspective view looking northeast that the southwest end appears to be the entrance to the passageway. A reverse angle view looking southwest shows the passageway ending at a rise of terrain at the other end, possibly leading underground. The terrain surrounding the two structures is not flat but appears “excavated ” by some unknown mechanism, natural or artificial. It is shown that these objects are visually different from the lunar background because their underlying structure is different.

The paper provides evidence supporting the hypothesis that certain features in the crater Paracelsus C on the far side of the moon may be artificial in origin.

The idea that these “passageways” may lead underground on the Moon correlates with the idea that the Moon may in fact be hollow, or at least partially. According to MIT’s Sean C. Solomon:

“The Lunar Orbiter experiments vastly improved our knowledge of the Moon’s gravitational field…indicating the frightening possibility that the Moon might be hollow.”

This was as far back as 1974, and it’s been a common theme. It arises due to the fact that we know very little about the Moon and all of the other moon’s within our solar system. That being said, the majority of scientific evidence points towards a solid Moon, but that doesn’t mean artificially built compartments within it are not a possibility.

The paper concludes by stating:

“Based on the evidence presented in this paper we believe this area in Paracelsus C is one such candidate that is worthy of future study by orbital missions and surface rovers. Both of the features analyzed in this area are statistically different from the surrounding terrain.”

Mark J. Carolotto, one of the authors of this paper, is an image scientist with almost 40 years of experience in satellite remote sensing, image analysis, digital image processing, satellite imaging, remote sensing and pattern recognition. He studied optics, signal and image processing at Carnegie-Mellon University from 1972-1981 where he received his Ph.D. in electrical engineering, and he works within the aerospace industry. He has authored and co-authored many peer-reviewed papers prior to this one.

On his YouTube channel, he provides some images from the paper in a video titled “Unusual Structures On The Far Side of The Moon.”

Reports and hypothesis about artificial structures on the moon are quite common, and have been a common theme for quite some time. In 1963, during the early years of SETI, Carl Sagan spoke about the possibility of extraterrestrial visitation, as pointed out by the study:

It is not out of the question that artifacts of these visits still exist, or even that some kind of base is maintained (possibility automatically) within the solar system to provide continuity for successive expeditions. Because of weathering and the possibility of detection and interference by the inhabitants of the Earth, it would be preferable not to erect such a base on the Earth’s surface. The Moon seems one reasonable alternative. Forthcoming high resolution photographic reconnaissance of the Moon from space vehicles – particularly the back side – might bear these possibilities in mind.

A number of books have been written over the years contemplating the subject. Amateur astronomer George Leonard’s 1976 book, Somebody Else is on the Moon is one example. Fred Steckling’s 1981 book, We Discovered Alien Bases on The Moon is another, and there are many more.

Fast forward to today and it’s hard to find solid evidence for structures on the Moon, but there are some strange leaks and testimony from people with interesting backgrounds that does make one ponder.

For example, a classified document published by Wikileaks clearly implies that the United States had a “secret” base on the Moon that was destroyed by Russia. The idea that this is, or was a reality, is strengthened given the fact that the U.S. government had plans to build a base on the Moon. Perhaps they already did? The leak from Wikileaks is dated 1979, a document from the government’s own publishing office from 1966 clearly shows one of the goals of the United States government was to build a base on the moon.

A memorandum that was addressed to the CIA director regarding “Military Thought (Top Secret)” by Lieutenant General Korenevskiy highlights this point even more. It also appears to be from the 1960’s:

“Already, interest in the moon is not limited to a study of questions and a discussion of discovered potentialities. Specific projects are being worked out which propose the construction of various structures under the surface of the moon from the freight compartments of missiles, and also the employment of various versions of pneumatic structures. The U.S. Army Corps of Engineers and also various American companies (“matin”, “Aerospace”, etc), are conducting a great deal of work in this direction.

Another document that compliments the Wikileaks one, also from the 1960’s comes from the CIA keeping tabs on Soviet space plans, a portion of it reads as follows:

The idea that humans may have built structures on the Moon, or perhaps intelligent extraterrestrials currently or in the past, is a hypothesis contemplated by many. So why do so many see this as ridiculous? Well, perhaps it simply isn’t talked about. But this is a deeper question for later.

I found it curious that the authors of the paper state the following:

A decidedly conservative mainstream scientific establishment often rejects anomalies based on subject matter alone, i.e., there cannot be alien artifacts on the moon because there are no alien artifacts on the moon (or other planets). Such a view is an example of circular reasoning, based on the belief that extraterrestrials do not exist, or if they do exist that they could not have traveled to our solar system.

How much do our beliefs and perceptions about our world limit and hinder our ability to discover and acknowledge ideas and results that may not “fit the frame?” How much do we limit our consciousness and perceptions about our world, who we truly are, and what we are capable of as a result of our belief? Why are we mostly determined to say “this is the way things are.”

That being said, the collective mind does seem to be opening up and asking more questions at a quickening rate right now.