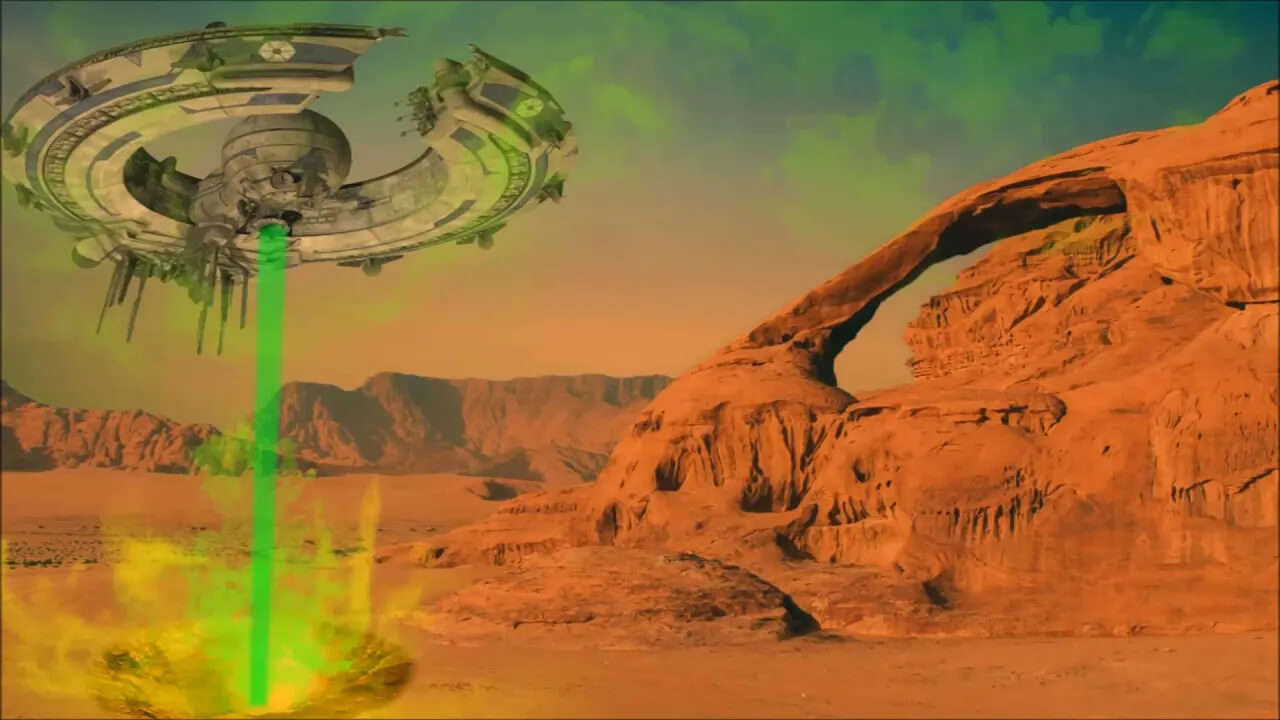 There is a lot of archeological evidence discovered over the past decades, which refers to aliens, as well as the legends of ancient civilizations, such as the Dogons of Mali – West Africa who claim to know about the existence of beings from Sirius. A and Sirius B, and that Sirius B revolves around Sirius A – a truth confirmed by astrophysicists only in the 70’s, or such tribes, seemingly primitive and without astronomical knowledge, could not know such things. And rightly so, we wonder who gave such knowledge to the Dogons, when and especially for what purpose?
Well, such riddles from ancient cultures and tribes considered primitive are in full swing and persist today. Why does it persist? Because we have no way to prove them scientifically, for the simple reason that we do not have the possibility – scientifically speaking – to prove palpably that there are extraterrestrial beings, although as I said in many places in the world have been discovered paintings and representations of all kinds with a human-like appearance, but drawn differently on the cave walls precisely to be easily distinguished from the people of those times, also represented on the cave walls in a more simplistic form.
If there is such evidence, although the extraterrestrial beings represented there can not be found anywhere on Earth, we have nowhere to find it, it means that there is a kernel of truth about the presence of such beings, from different worlds, who visit the planet since in which the human species certainly did not exist at all. This is evidenced by the humanoid footprint very similar to that of man, found in the United States of America, in the national park “Dinosaur Valley” on the banks of the Paluxy River in Texas, near Glen Rose. These traces were first discovered in 1984. Although scientific circles at the time initially expressed skepticism about the authenticity of these traces left in the analyzed rock, for 12 years since 1984 archaeologist Carl Bow has carried out many excavations. and investigations, to bring to light the truth in this regard. Here is part of his statement about what was found there:
“My reaction was shocking. I heard that human footprints had been found in this place on the banks of the Paluxy River near Glen Rose, Texas. But I was rather skeptical, and then, as I removed the layers of stone, the team and I excavated a series of dinosaur tracks. Next to an 18.5-inch dinosaur footprint, I excavated a 16-inch human footprint. I excavated 12 footprints placed in a series of footprints. And, when you find a string of footprints, with footprints left, right, left, right, with a correct distance between steps, then you have to interpret this string as belonging to the human being.
It is said that these traces on the banks of the Paluxy River are false, being carved in the limestone rock to attract tourists. Well, we found traces that went under the limestone layer, and we even had to remove the limestone layer, piece by piece, and we discovered that the dinosaur tracks, along with the human ones, continued under the pieces of stone. This evidence is real. Today, many of the so-called human footprints have fallen victim to erosion, and into the hands of vandals. ”
The problem with such evidence is not that it has existed for about 100 million years – not even primitive man existed at the time! – but why is such overwhelming evidence being challenged? And especially who directs the vehement contestation of such evidence?
The Peruvian plateau of Nazca has been researched for 40 years by Erik Von Daniken, who wrote “Memories of the Future” and whose continuation with a second volume appeared in translation this year under the name “Gods they never left us. ”
All those mysterious gigantic drawings, which can be discerned only from high altitude on the plane, were made by the native population of those times, it is said in the basic hypothesis, under the guidance of other unearthly beings. Of course, there are many places in the world where we can see such remnants of things that existed long ago in the mists of time, and we can ask ourselves the following question: if there is so much evidence and evidence of the interference of other beings outside our world with our history. who are those who want to cover up all this evidence or at least cover it up as ridiculous? For example, traces of human footsteps, along with those of dinosaurs, have been found in Peru, Russia, and elsewhere in the world, and their age is estimated according to modern technology at over 120 million years.
– In the south of France there are cave paintings dating back 15,000 years ago, depicting flying saucers of various types.
– Evolved ancient peoples such as the Egyptians, Greeks and Romans meticulously noted all events, including signals of spaceships usually spherical or disk-shaped, described as columns of fire, bright clouds, flaming spheres, flying over and they maneuvered over the ancient fortresses.

3 thoughts on “Evidence of the Existence of Aliens 2021”