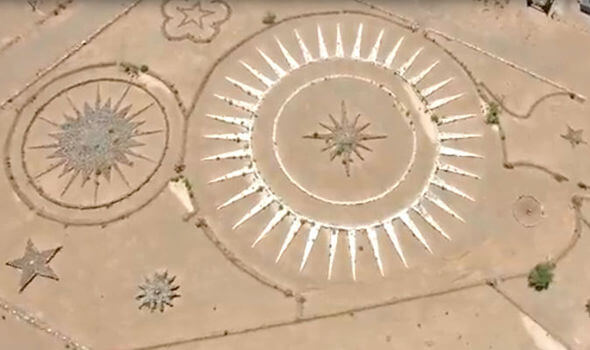 ‘ET told me to do it’ UFO alien landing pad built in Argentinian desert (Image: YOUTUBE)

“They were solid, circular and like burnished metal.” (Image: GETTY)

“They landed about 100 meters above our heads and projected on us a beam of light that made us both see their own brightness.

“The funny thing is that it did not affect our vision. Something began to bubble through my brain: it was an order.

After supposedly receiving the message in 2008, Mr Jaisli immediately got to work in constructing the star which has 36 points and measures 48 meters in diameter.