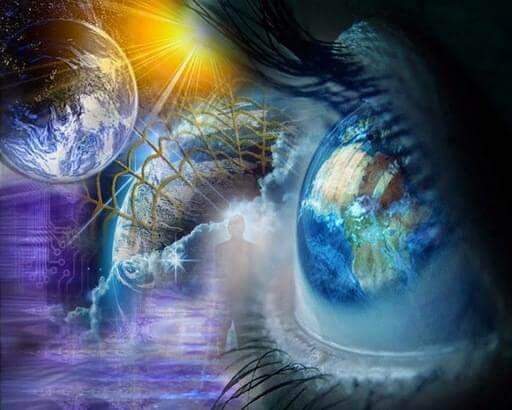 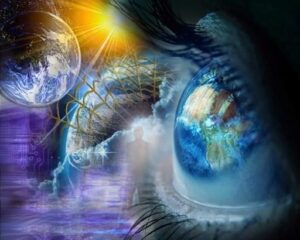 Beloved Ones,
I come on the wings of love! I wish to speak with you in regards to the crumbling of the systems of the world that are taking place and will continue to take place in the coming days. Hold your Light and high octave frequency steady – be the calm within the storm as it unfolds in ever deeper layers, bringing to the surface the truth of many things, truths that were hidden in the shadow worlds that are now being exposed to the light of awareness within the human race on this, your planet. The truth, in this case, is much stranger than any fiction that has been concocted in times past to deceive the Earth’s population. It is a difficult situation for everyone to fully grasp immediately and so these truths come in smaller increments so that the human race on planet Earth has a chance to absorb and accept the truths, revelations, and disclosures that have been exposed before the next ones unfold.
There is a great effort in these times to suppress the information that is nevertheless coming to the surface of the world’s population for their awareness and understanding. It is a confusing time for many, especially for those who did not know such activities were taking place. They will be looking for a solid foundation on which to place their feet and finding instead that everything has changed or has been revealed to be vastly different from what they were told was their reality – and so we ask you to stay calm and stay centered in the source of your own being in order to maintain stability for the planet. Hold space for the people of Earth to find the clarity of mind that they will need to get through these turbulent and confusing times. Let them know that they are not alone in facing these shadow events and let them know they will be protected by the angelic leagues who serve the Divine Plan.
There are many forces of angelic beings who are serving as protectors and healers of humanity. In truth, they know that there are humans who carry and hold the angelic lineage within their genes upon the planet Earth. Humanity also carries the templates of many of the Star Nations who in previous epochs of time donated the DNA of their race that were the best attributes of their lineage to be added to the human DNA. They did this with great hope that it would help advance the humans of the future onto a faster track of planetary evolution and spiritual growth. This ‘seeding’ continued throughout the millennia with visitations from enlightened beings, who cohabited with the humans – adjusting and refining the human DNA so that it could eventually be a fit vehicle in physical form able to embody a highly advanced consciousness and frequency level.
These humans would become a new root race of higher consciousness illumined beings and they would anchor and create a golden age of love, peace, joy, prosperity, empathy, and compassion for all of the inhabitants, the planet, and the natural and elemental kingdoms, the forgotten kingdoms of the Earth. All of these would know and understand their oneness as Infinite Sparks of Creator Source expressing through physical form with all of life. They would follow the natural laws as they created and brought into form an environment that nourished and nurtured all within its sphere of influence. There was, during these times, an invading force of off-planet marauders who took control of the running of the planet for their own agendas, using the Earth’s resources and enslaving the human race – the true inhabitants of this free-will planet, to serve their self-interested purposes.
They used their technology for tyrannical purposes and since there were actually very few of them on the planet because their body systems could not survive for long on the surface of the Earth, they moved underground and developed a system of indoctrination and programming of the minds of humanity along with tampering with the human DNA systems. It started out as a ‘benevolent’ visitation where they were welcomed by the peaceful, loving and trusting humans who followed a higher way of illumined living that turned into a nightmare for the humans living at that time and for all human lifestreams since then.
Now the time has come where all the conditions are coming together and taking place for humanity to take back the control of their free will planet and themselves by declaring their true sovereignty and freedom – as the higher energies from the cosmos raise their awareness into higher and higher levels of understanding.
I AM Archangel Michael.
Channelled by Marlene Swetlishoff
Artist: unknown