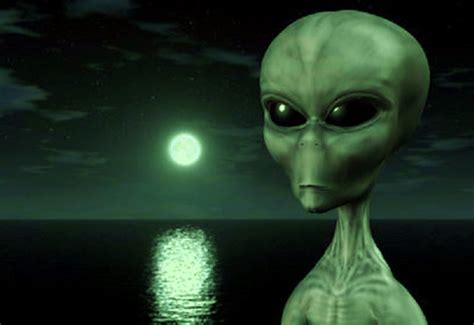 In 1978, a polish farmer named Jan Wolski claimed that he had been abducted by the aliens that they took him to their spacecraft for an experiment. “Emilcin Abduction” is considered to be one of the most famous encounters with extra-terrestrials in Poland.

The 71-year-old farmer from the small village of Emilcin in eastern Poland recalled that in the early morning of May 10, 1978, he was riding his horse-drawn carriage through woods when he saw two small humanoid figures with green skin and huge black eyes. As he passed them, the two creatures jumped onto his carriage and started talking in an unknown language.

Wolski said: “All in all, I drove out from behind these bushes and there’s this, well, some car hovering in the air.”

He described that the UFO was the size of a mini-bus, white in color, and was making a “buzz” sound. There, he found a lift that took him inside the craft. As the platform rose up, one alien waved his hand in a gesture of inviting him.

Soon, Wolski found himself inside the aircraft, where the aliens began to carry out strange manipulations with him: they asked him to undress and began to examine his body using devices similar to small saucers.

According to Wolski, the spacecraft had no windows or portholes, a small amount of daylight came through a passage that resembled a door.

“He held ‘the saucers’ to my front, then turned me around holding my arm slightly. Then he raised my arm up and began to do something at my side with those plates… then from behind and on the other side.”

Interestingly, after the aliens finished the experiment and he got dressed, they even offered him honey-like food, which was in the form of icicles, but he was not in the mood to eat anything. After some time, he was released. The man nodded and said goodbye to them. The aliens also nodded in return.

Wolski was completely shocked about what had happened to him. He told his incredible story to his family and neighbors. His sons gathered people and went to the landing site of the spacecraft, but upon arriving there, they found nothing. There saw only crumpled grass and numerous paths scattering in different directions.

Wolski left his family and neighbors at the landing site and returned home. His sons noticed the footprints but did not say whether they were small or large in size.

Journalists and UFO enthusiasts called the incident “an encounter with the fourth kind.” The case files had been forgotten in the local archive for many years, but then, it was nevertheless made public. Two journalists named Henryk Pomorski and Krystyna Adamczyk interviewed Wolski two months after the incident and recorded him in the tapes which had been kept private for many years.

A ufologist from Łódź, a city from Poland, Zdzisław Blania made the Wolski alien encounter a big sensation in the media. As soon he came to know about the encounter, he went to Emilcin and began his investigation.

He had been publishing articles on UFOs and alien encounters in the press but never attracted a lot of audiences. But he took Wolski’s case seriously and wanted to do everything credible. He even visited a psychologist to confirm that Wolski was an absolutely normal person and had no mental conditions.

Blania even managed to find another eyewitness who had seen UFO that day. A 6-year-old boy claimed to have seen a bus-like UFO over the village.

The media started showing interest in his articles and soon, he became popular in the press. On June 6, 1978, an article was published in the Kurier Polski newspaper where Blania said that Wolski had even described costumes worn by the aliens. But this detail was never published.

Blania earned a great profit from the story and even published a book in 1996: “Zdarzenie w Emilcinie.”

This incident is deeply entrenched in the minds of local residents, who had not forgotten about what happened for decades. So, in 2005, a monument was erected in Emilcin which has become a famous tourist spot. Besides, a time capsule was buried next to the monument that is set to open in 3011.