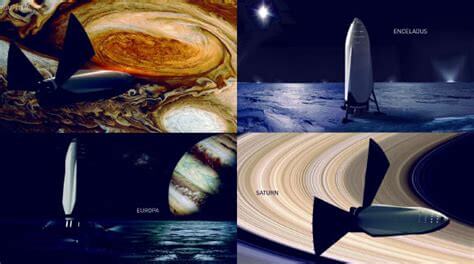 Elon Musk said he wants to put a million people on Mars by 2050. the CEO of SpaceX has made headlines over the recent months because he explained his super ambitious plan to colonize the red planet and send a million people there. Mars is a cold, unforgiving red desert. The Romans called it, the god of war. Because it has a thin almost airless atmosphere, and because of the iron oxide chemicals in its soil, giving it a reddish hue, the fourth rock from the sun, has often been called…Red & Dead. But future generations could someday call this red wasteland home, according to Elon Musk. The colonization of Mars is not a new idea, but it has been popularized in recent years by famous scientists and thinkers. Among them is Elon Musk, who hopes that we will someday become a multi-planetary species. Before we dare to dream about such an astonishing world, we will have to face many hard challenges that come along with space travel and perhaps the most daunting task to overcome is going to be the difference between Earth and Mars. Before we potentially establish a colony on Mars, and since terraforming the red planet cannot be expected as a near-term solution, habitable structures like domes would need to be constructed with pressure vessels similar to spacecraft. Despite the many challenges that come with space travel let alone the ambition of colonizing and potentially terraforming an entire planet, Elon Musk is determined on the quest for us to become a multi-planetary species and perhaps Mars will have a population of a million people by 2050 if all goes according to plan. It is fascinating that we’re living in a time where these possibilities are no longer just in the realm of science fiction and are serious talk in the scientific community. Perhaps by the end of this decade we will go to Mars and do the other things not because they are easy but because they are hard. In terms of space travel and exploring our solar system, specifically going to Mars, the 2020’s may very well be like the 1960’s of the Moon era. It’s an exciting time to be alive.