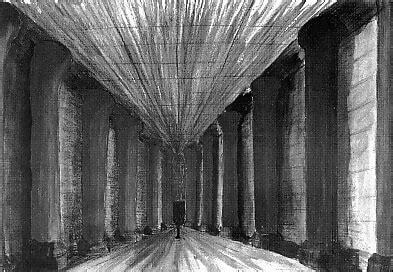 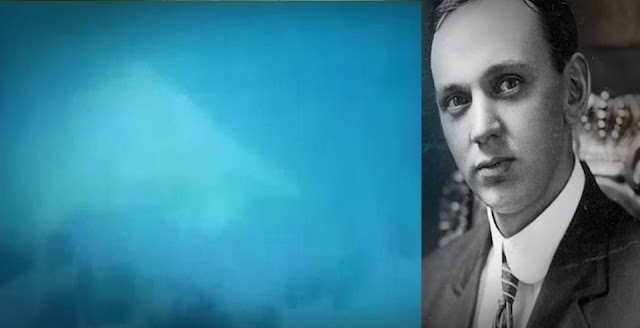 The civilization, according to Cayce, began around 200,000 years ago and stretched from the Straits of Gibraltar to the Bahamas.
Its final destruction occurred around 10,000 BC, but priests who used crystals to “communicate with other worlds” were warned about the coming cataclysm. This led them to construct three “Hall of Records,” which were located in Egypt (under the Sphinx), at Piedras Negras, Guatemala and near the Bimini Islands.
Little detailed his underwater investigations at Bimini and Andros Islands, his most recent trip there was in May 2005. In regards to what is called the “Bimini Road,” he described a formation of six-sided rectangular slabs which are 2ft. by 3ft. each.
The stones were not actually part of a road, but rather composed a harbor works, that was used as a huge breakwater for maritime activity, he suggested. Little said that seven different categories prove these stones were man-made, and they probably date back at least 10,000 years.
Referring to theories about Atlantis mention the extensive use of crystals by Atlanteans, see our in-depth report on the Mystery of the Crystal Sphere of Atlantis.
Link article:
https://ufosightingshotspot.blogspot.com/2013/03/mystery-of-crystal-sphere-of-atlantis.html
Below an excerpt of the report:
Atlanteans allegedly harnessed the energies of the pyramids, using harmonics linked to crystals to that end. As we have the Great Pyramid at the center of the planet linked to the grid matrix that creates our reality, so, too, did the Atlanteans.
Their pyramid allegedly sunk to the bottom of the Atlantic Ocean which is a metaphor about returning to the collective unconsciousness or source of creation.
Atlantean crystals received power from a variety of sources, including the Sun, the Earth’s energy field grid system or from each other.
Grids point are often marked by pyramids. The Atlanteans used this energy, combined with crystals, to transmit energy from one pyramid to another or, as aliens, to enter and leave the planet.XX
The Astounding Discovery of Dr. Ray Brown:
Known as Ray Brown’s Atlantean Crystal Sphere, the discovery of the sphere occurred during a scuba diving trip to the Bari Islands in the Bahamas in 1970.While diving, Ray Brown – a naturopathic doctor – became separated from his friends and while he searched for them, he came upon a strange pyramid structure.
Just what the purpose of the crystal sphere was, and what role it once played in the enigmatic instrument Brown found inside the sunken Bahaman pyramid, remains a mystery, though of course there are some interesting possibilities.
Though startled by the find, he investigated and was amazed that the sides of the pyramid were completely smooth and the joints between the individual blocks to be nearly imperceptible. Upon entering the pyramid, Ray was further astounded by the clean, smooth sides of the interior: no algae or coral grew on the walls.
Not only that, but he was able to see the interior clearly as the room was well lit but there was no detectable source of light. He tried to remove a a multi-faceted red gemstone attached to a metallic rod that descended from the center of the ceiling, but was unable to dislodge it.
About four feet below the point of the red gemstone, stood a bronze metal sculpture of two open hands, and resting upon the palms of the hands was a crystal sphere, about four inches in diameter. He was surprised that he could lift the crystal sphere easily….
Please remember we all have different opinions, Think Before You Speak or Write Something that is cruel to Others. After all, We are only Humans. Wishing you clear skies and wide eyes. To share your experiences or just leave a comment there is a area below. Read or listen. We are the change the world has been waiting for! Have you witnessed an unidentified flying object? You are not alone. Whether you think UFOs are black projects, extraterrestrial craft, something else altogether, or just don’t know, again: you are not alone! Unconditional love. The road we all get to walk.