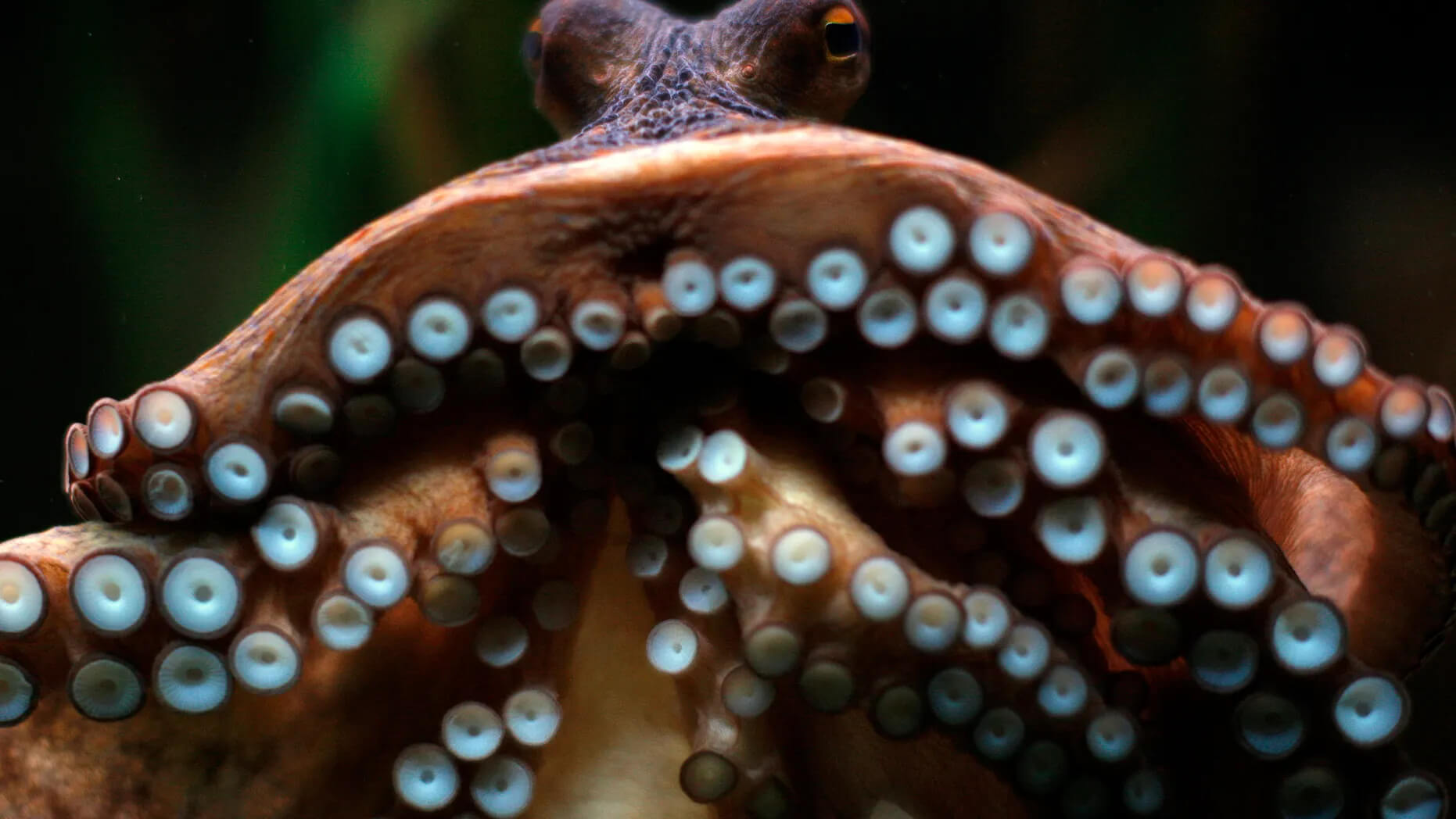 Researchers have serious reservations about a recent study that suggested octopus may have come to Earth from another planet. (REUTERS/Jon Nazca)

The ability to edit their own bodies. This has biologists scratching their heads.

Evolution doesn’t work that way. It’s supposed to be spurred by genetic mutations — a change in DNA — that proves to be beneficial to the host.

So how could a creature evolve in such a way as to allow them to rebuild themselves?

Now a new train of thought has emerged.

They didn’t. At least, not here. Instead — it’s an advanced biological ability that came from outer space.

In April last year, researchers found octopuses — and some of their cuttlefish and squid cousins — regularly edit their RNA.

This sets them apart from the rest of the animal world.

RNA, like DNA, records genetic code. But where DNA is a double-stranded molecule, RNA consists of just one strand. Its role within our body is to transmit genetic information to trigger the production of proteins.

But some scientists feel RNA may have been the original DNA, acting as the permanent storehouse of genetic code among Earth’s earliest organisms.

When it comes to cephalopods like the common squid, researchers have found that up to 60 percent of the RNA in its nervous system had been edited after it was programmed by DNA. These changes adapted its brain to shifting temperatures in its ocean habitat.

Last year, it was discovered two species of octopus and one of cuttlefish does the same thing — routinely.

“This shows that high levels of RNA editing … (is) an invention of the coleoid cephalopods,” U.S. Marine Biological Laboratory researcher Joshua Rosenthal said.

How this ability is triggered, or controlled, is not yet known.

“It could be something as simple as temperature changes or as complicated as experience, a form of memory,” Rosenthal said.

But the ability to reshape physiologies on the fly has come at a price.

This could be because the drive isn’t there: They’ve found editing RNA is way to adapt to — and survive — change. So their DNA doesn’t need to change.

“The conclusion here is that in order to maintain this flexibility to edit RNA, the coleoids have had to give up the ability to evolve in the surrounding regions — a lot,” Rosenthal wrote.

The origin of life on Earth is one of the toughest nuts for science to crack. We know much of the chemistry involved. But not the set of circumstances that brings it all together into a living being.

There’s still a gap in our understanding large enough for gods and other extraordinary ideas to fit within.

It’s the idea that life here began out there — with scatterings of organic molecules carrying their pre-programmed codes for life across the gulf of time and space.

But the idea is being examined.

Now a peer-reviewed article published in the science journal Progress in Biophysics and Molecular Biology is stirring the origins-of-life pot.

The recent Rosetta mission to Comet 67P Churyumov-Gerasimenko confirmed organic molecules that form the basis of sugars and amino acids were dusted among its mounds and valleys of frozen ice.

But these materials are the building blocks of DNA.

The new report, Cause of Cambrian Explosion — Terrestrial or Cosmic?, argues that our existence isn’t based on these interplanetary building blocks alone.

Instead, it builds up the idea that our biochemistry has been contaminated by influences from beyond our own planet.

The authors argue that a cloud of organic material likely rained down upon the Earth about 500 million years ago. And that changed everything.

The Cambrian Explosion is certainly mysterious. It was a period of time where life on Earth diversified dramatically, and rapidly.

It’s an event which took place shortly after the emergence of retroviruses in our environment.

It was especially dramatic for a type of mollusk called a cephalopod. Tentacles reached out from their shells and wove their way into enormous variety of creatures which eventually became the octopus, cuttlefish and squid we know today.

“We believe this coincidence is not fortuitous but is consistent with a key prediction … whereby major extinction-diversification evolutionary boundaries coincide with virus-bearing cometary-bolide bombardment events,” the study’s abstract reads.

This idea is that space-borne retroviruses eventually found their way to the Earth’s surface before attaching themselves to living organisms. Once there, they reprogrammed the creatures’ evolution.

“A second focus is the remarkable evolution of intelligent complexity (Cephalopods) culminating in the emergence of the Octopus,” the study reads.

“A third focus concerns the microorganism fossil evidence contained within meteorites as well as the detection in the upper atmosphere of apparent incoming life-bearing particles from space.”

The paper argues the space-based transfer of life was likely on a larger scale than just retroviruses. Whole sets of frozen genetic material were cast about on the stellar winds before splashing down in our oceans.

“Thus the possibility that cryopreserved squid and/or octopus eggs, arrived in icy bolides several hundred million years ago should not be discounted,” the study reads.

It’s interesting conjecture. It’s an idea that fits the circumstances. But concrete evidence is yet to be produced. The idea is yet to be tested.

“Life may have been seeded here on Earth by life-bearing comets as soon as conditions on Earth allowed it to flourish (about or just before 4.1 Billion years ago); and living organisms such as space-resistant and space-hardy bacteria, viruses, more complex eukaryotic cells, fertilized ova and seeds have been continuously delivered ever since to Earth so being one important driver of further terrestrial evolution which has resulted in considerable genetic diversity and which has led to the emergence of mankind.”