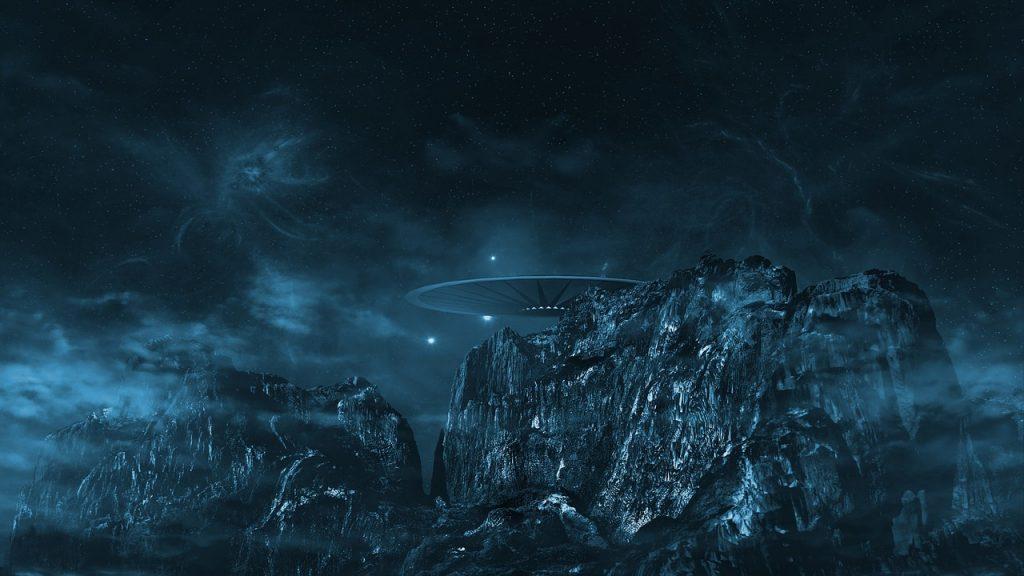 Do you believe in UFOs?  Decades ago, if you answered yes to such a question many would have considered you to be a nutjob.  But at this point UFOs are not a “conspiracy theory” any longer.  In fact, even the U.S. government is admitting that they exist, and in just a few weeks we may learn a whole lot more about what the U.S. government really knows about this phenomenon.  When President Trump signed a 2.3 trillion dollar COVID relief bill last December, it contained a provision which requires all U.S. intelligence agencies to submit an unclassified report to Congress that reveals all that they know about UFOs…

In December 2020, President Trump signed a coronavirus relief bill that included an interesting stipulation – the bill set into motion an 180-day time frame in which US intelligence agencies must tell Congress everything they know about UFO sightings, via an unclassified report.

Remarkably, in what sounds like the opening crawl of an unimaginative sci-fi film, the report must also include an analysis as to whether or not UFOs pose a threat to national security (perhaps, one day, our puny, primitive weapons will be used to “bring democracy” to a space-faring civilization).

Unfortunately, U.S. intelligence agencies insisted that 180 days did not give them enough time, and so now the report is expected to be released somewhere around June 1st.

But it is coming, and the COVID relief bill was very specific about what it must include…

It will be fascinating to see what actually ends up in this report.

Personally, I don’t think that the intelligence agencies will come even close to revealing everything that they know.  But the fact that former Director of National Intelligence John Ratcliffe was willing to share so much information during an interview with Maria Bartiromo on Friday seems like a good sign.  According to Ratcliffe, there have been “sightings all over the world”…

Ratfcliffe said some UFO sightings have been declassified in the past, but a report to be released by the Pentagon and other federal agencies will present more information to the American people.

“There have been sightings all over the world,” Ratcliffe said. “And when we talk about sightings, the other thing I will tell you, it’s not just a pilot or just a satellite or some intelligence collection. Usually, we have multiple sensors that are picking up these things.”

Yes, it is definitely quite true that there have been sightings all over the planet, but Esri has released an animated map that shows that more UFO sightings happen in the United States than anywhere else by a good margin.

During his interview, Ratcliffe also admitted that some of the things that UFOs do are “difficult to explain”, and that includes “traveling at speeds that exceed the sound barrier without a sonic boom”…

“Frankly, there are a lot more sightings than have been made public. Some of those have been declassified. And when we talk about sightings, we are talking about objects that have been seen by Navy or Air Force pilots, or have been picked up by satellite imagery, that, frankly, engage in actions that are difficult to explain, movements that are hard to replicate, that we don’t have the technology for, or traveling at speeds that exceed the sound barrier without a sonic boom.”

Videos from the Navy were released last year through the Freedom of Information Act that showed UFOs moving at incredible speeds and performing seemingly impossible aerial maneuvers.

In the 2015 videos, Navy pilots can be heard expressing disbelief. All three UFO videos were captured by Navy F/A-18 Super Hornets.

If UFOs can perform “seemingly impossible aerial maneuvers”, that would seem to suggest that whoever is piloting them is even more technologically advanced than we are.

I am entirely convinced that the U.S. government knows a great deal about UFOs and those that are flying them, and millions of Americans are very much looking forward to the release of the upcoming unclassified report.

U.S. government agencies will certainly not tell us everything, but I do believe that they will reveal more details than they ever have before.

Ultimately, I believe that the stage is being set for a great deception of epic proportions, and that is why I am starting to write more about the UFO phenomenon.

As more information is shared with the public, the narrative will be that UFOs are “spacecraft” that contain “aliens” from another planet.

And I think that it is quite likely that officials will insist that they are “friendly” and that we should be open to “learning” from them.

But the truth is that they are definitely not our “friends”.

As humanity moves into the darkest hours that it has ever known, people will become increasingly desperate for someone to come along and save us.

And if “aliens” were to show up with technology that we do not currently possess, many would be tempted to embrace them as “saviors”.

For decades, Hollywood has been relentlessly priming us for such a scenario, and now the U.S. government is starting to publicly acknowledge that UFOs aren’t just science fiction.

This is a story that is going to become increasingly important over the next few years, and it isn’t going to end well.