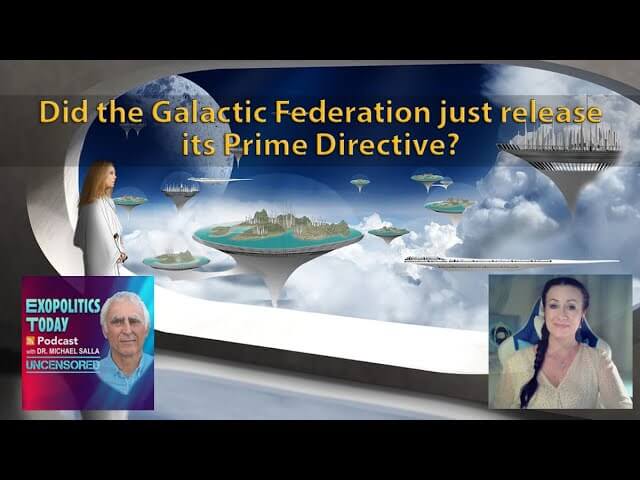 Michael Salla
In this Exopolitics Today interview, Elena Danaan, a former professional French archeologist, discusses a recent communication she received that details the Prime Directive of the Galactic Federation of Worlds. Elena is publicly releasing the ten articles making up the Prime Directive, along with commentary by her primary extraterrestrial contact, Thor Han Eredyon. The contents of the Prime Directive are known to participants in secret meetings and agreements that have occurred between the Galactic Federation and national space program leaders and major aerospace corporations. Its contents have not been publicly released until today. In the discussion with Dr Michael Salla, the contents and implications of the Prime Directive are analyzed in terms of their scope and implications for humanity.