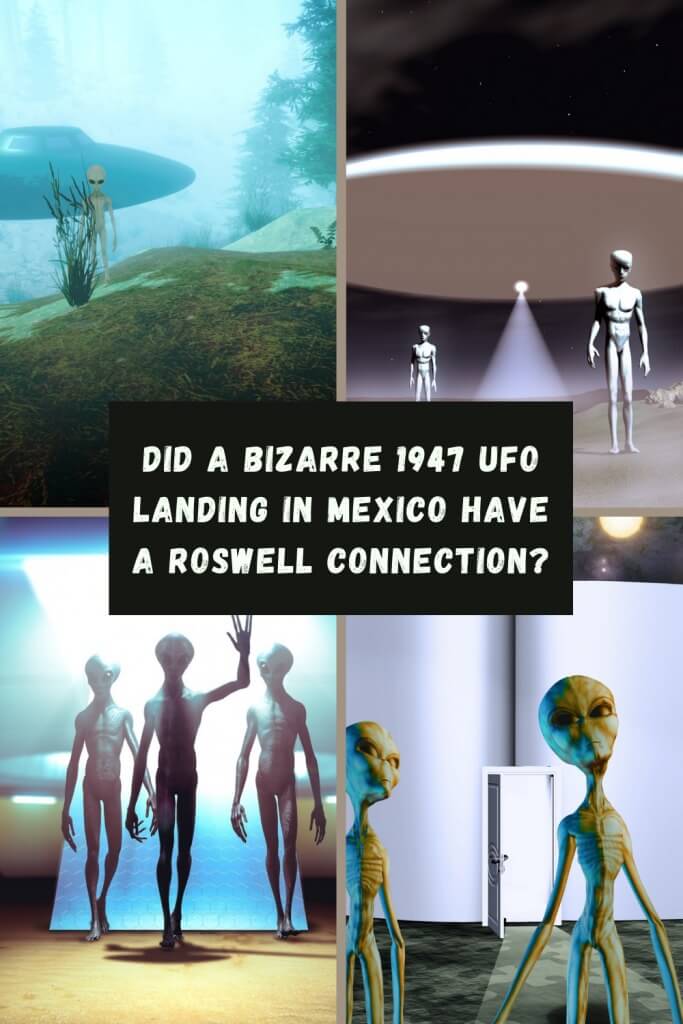 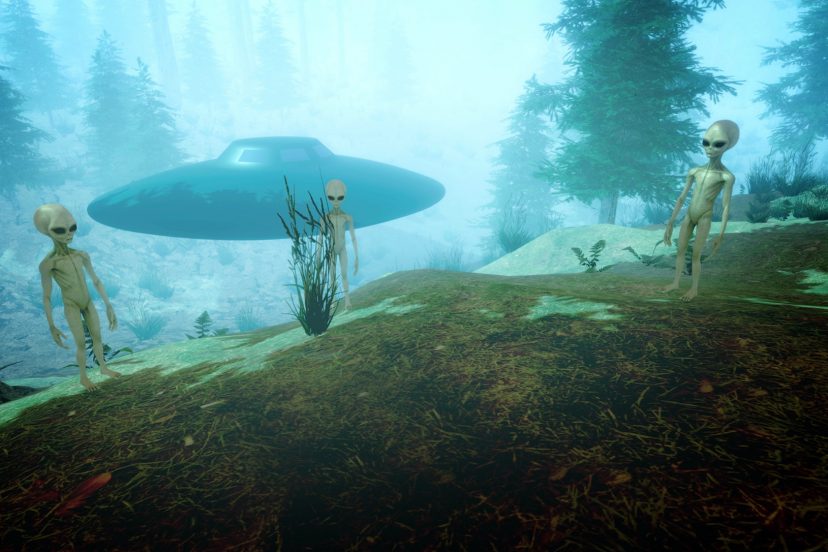 Did a 1947 UFO landing near the Rio Grande on the Mexican side of the U.S. border have a Roswell connection?

Of course this is just conjecture but the coincidence is interesting.

It happened on a hot in June day during 1947 and is bizarre to say the least. The craft landed just forty feet from the children and two small extraterrestrials exited it.

They stood outside the disc-shaped object and observed the children playing.

They then motioned for the kids to come towards them in a hand wave fashion but the kids were too frightened to respond.

Eva Reveals The Details Of Her UFO Landing 73 Years Later

Apart from initially telling her parents seventy three years ago what she witnessed, Holguin, who is now eighty years old has kept her UFO encounter to herself.

Her parents moved in political circles in Mexico and were quick to admonish the young girl over her story for fear of ridicule.

Despite their daughter having a life-changing moment, talk of UFOs and aliens wasn’t good for their political image.

The connection with Roswell?

Well, maybe there wasn’t any but what Holguin and her two friends witnessed in June of 1947 just a month before the Roswell crash is interesting.

Were these aliens the same ETs who crashed at Roswell? Were they members of the same race of aliens? And were they part of an expedition team connected to the Roswell ETs?

Why wouldn’t you at least ask the question? You’ve got to.

When I was contacted by Holguin’s daughter Vanessa about her mother’s encounter, it just seemed to strike a chord.

Not just the bizarre nature of it but the fact that it was right on the cusp of the Roswell crash timeline.

A group of innocent kids playing out in the fields; a small craft lands nearby and two aliens emerge and summon the children to come towards them.

And the main witness keeps her bizarre alien encounter “under wraps” for seventy three years for fear of embarrassing her parents.

She remembered her mom had mentioned the incident to her but never really took much notice.

This time her mom gave her more details and it piqued her curiosity”.

She became even more interested when her mom actually described two small alien beings at the scene.

“I submitted some of the details on the MUFON site last year but never heard back”.

“My mother was playing with two other children when they saw a UFO land near them. It was a dusty landing kicking up dirt and small rocks around as it touched down”.

“They had no idea what they were looking at but slowly approached the two beings that came out because they appeared to have some normal human features from a distance”.

“The small beings waved at them and the kids came closer as they thought they had a new set of friends to play with”.

“But once they were close enough to see the entities’ actual features and realized they were not children, they screamed and took off running”.

“The alien ship also took off immediately as well”.

“She tried explaining to her family what had happened but being the baby of a big household, they didn’t believe her, and brushed her aside”.

“She was very emotional for weeks after the event”.

The alien entities were described as being about three to four feet high. But Holguin was adamant they weren’t the typical grey aliens often reported.

“When the dust settled, they were able to see that the craft was some sort of disc and two beings came out of it”.

“My mother said they looked like small children but were very different in the way they acted”.

“They were bald and she said that their eyes were yellow and actually illuminated”.

“And when she made eye contact with them she received a very intense look back from the aliens”.

“She said that their faces didn’t look disfigured or like the ones seen on the internet. They had small noses and yellow eyes”.

What I like about this encounter is the sheer simplicity of it.

Three innocent kids; a daytime UFO landing; two occupants exit the alien craft and try and communicate with the children; the brief encounter ends when the kids are spooked and run off and they in turn, spooked the two ETs whose exit from the area followed soon after.

I interviewed Eva Holguin with her daughter Vanessa’s help. Holguin’s first language is Spanish and Vanessa acted as an interpreter. The interview is almost totally unedited which seemed the best way to present it.

Holguin takes us through the initial encounter, her parent’s response, the description of the craft and aliens and why she decided to finally come out and share her story.