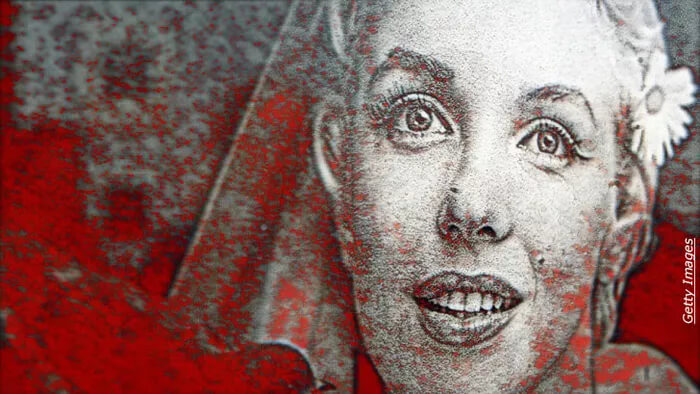 Date Sunday – May 16 2021 Host George Knapp
Guests Cheryl Costa, Nick Redfern
UFO researcher Cheryl Costa has created one of the most significant databases for serious UFO researchers with her UFO Sightings Desk Reference book. In the first half, she joined George Knapp to discuss her new edition of the database, which covers USA sightings from 2001-2020, and makes complex information accessible to the general public. Compiling more than 167,000 reports from the first two decades of this century, she was able to extrapolate various findings and rank different aspects of the UFO phenomenon. This chart tracks the different shapes of UFO craft that witnesses reported, with light, circle, sphere, and triangle the most popular. Rarer forms included chevron, boomerang, diamond, and Saturn-like.Costa said the cities with the most frequent UFO sightings were Phoenix (#1), New York City (#2), Las Vegas (#3), Los Angeles (#4), Seattle (#5), Portland (#6), Chicago (#7), and Tucson (#8). Population wasn’t always the biggest determinant, she explained, as temperate weather, leisure time, and hours of darkness were also significant factors, as well as broadband access (the reports she studied were generally made to online resources). According to researcher Tom Conwell, being near water, fault lines, and contaminated areas (such as fracking and dead mines) seems to increase the likelihood of seeing a UFO, she cited. “Experiencers” have said that the aliens are particularly concerned about Earth’s pollution and how we take care of our planet, Costa added.——————-In the latter half, author Nick Redfern delved into the mysterious death of Marilyn Monroe, and whether it was a murder made to look like an accident or a suicide. Through FOIA, he learned that the CIA created a document in the 1950s on how to kill someone and make it not look like a murder. Their report outlines ways to do this with someone that is already a drug user, and Redfern concluded it could have well been the tactic used on Monroe. He noted that the CIA and FBI created files on Monroe after she expressed interest in traveling to the Soviet Union. In 1995, investigative author Milo Speriglio presented a document that indicated Marilyn had been killed because she was on the verge of revealing secret knowledge of UFOs and dead alien bodies, which JFK had shared with her.Speriglio also claimed that Marilyn’s diary mysteriously disappeared from the coroner’s office, never to be seen again. While the Speriglio document has never been fully authenticated, Redfern finds some of the information and assertions in it to be intriguing. The report features details from conversations between the writer Dorothy Kilgallen and various people that knew Monroe. Kilgallen, herself, died under similar circumstances to Monroe, and some have suggested she was murdered because she was about to spill the beans on the JFK assassination. The Speriglio document came from UFO researcher Timothy Cooper, who was said to receive a whole batch of leaked or stolen papers in the early 1990s about secret bases and aliens.
Please remember we all have different opinions, Think Before You Speak or Write Something that is cruel to Others. After all, We are only Humans. Wishing you clear skies and wide eyes. To share your experiences or just leave a comment there is a area below. Read or listen.