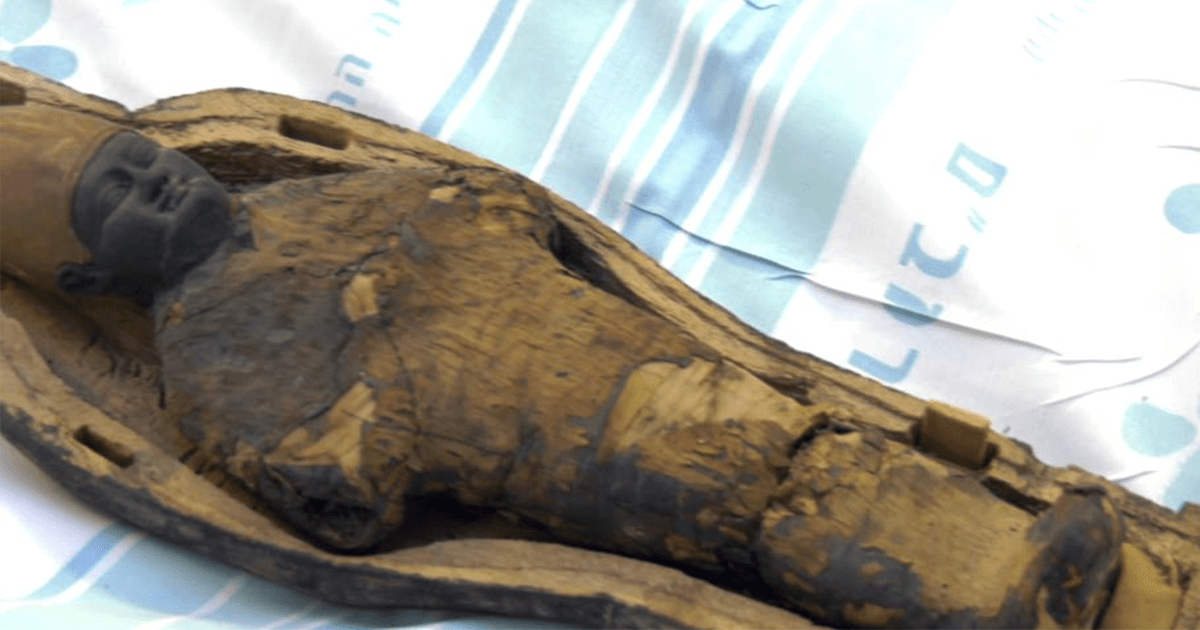 The discovery of two ancient Egyptian sarcophagi has led experts to believe that what appears to be non-human beings were originally mummified over 3,000 years ago. At first, experts believe that these were the remains of a small child of some sort, but through the use of the CT scan, they were able to discern that it is not even human, to begin with.

One of the sarcophagi was occupied by a bird which was meant to represent the god Horus while the other was believed to be the child of a ruler or a powerful individual at the time. The funny thing is that these sarcophagi had been under the custody of the National Maritime Museum for decades now and yet even they didn’t know about this, to begin with.

The discovery was officially made at the Rambam Hospital in Haifa, Israel, as the remains were officially scanned here, revealing the fact that the remains of the child-like being were considered to be an offering all along to Osiris, the god of death and lord of the underworld.

The child-like mummy was later on reported to be some sort of a hand-crafted plant matter doll which was meant to represent the god Osiris all along. Often times referred to as a “grain mummy” or a “corn mummy” according to Ron Hillel from the Haifa Museum, this was definitely a shocking discovery, to say the least.

Apparently this was meant to serve as food for the lost souls from the afterlife that had found themselves inside of Osiris’s lands.