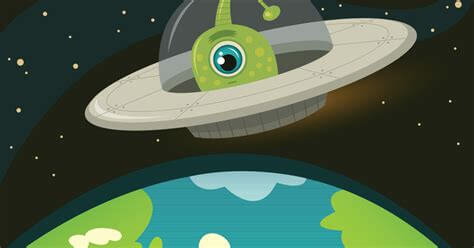 Is it really possible to move stars ? Image Credit: NASA
A new theory suggests that an intelligent alien civilization may try to collect and store stars for energy.

According to senior scientist Dan Hooper from the Fermi National Accelerator Laboratory in Illinois, sufficiently advanced extraterrestrials may take steps to acquire stars in response to the accelerating expansion of the universe which, over a very long period of time, threatens to push all the stars and galaxies so far apart that it will no longer be possible to travel between them.

One option would be to build a structure ( such as a Dyson Sphere ) around a star and harness its energy that way, however this method is only likely to work for so long.

Eventually, all the remaining stars will simply be too far away to be of use.

As such, Hooper argues, an advanced extraterrestrial race could be taking steps even now to collect and store stars as a source of energy while it is still possible for them to do so.

What’s more, we may even be able to observe this activity using telescopes here on Earth.

“Given the inevitability of the encroaching horizon, any sufficiently advanced civilization that is determined to maximize its ability to utilize energy will expand throughout the universe, attempting to secure as many stars as possible before they become permanently inaccessible,” he wrote.

But how viable is this idea ? For one thing, stars don’t last forever – they will eventually die – and moving them around the cosmos is not going to make them last any longer.

What’s more, if a civilization is advanced enough to do this, it will almost certainly be able to find a way to generate enough energy to sustain itself without having to rely on harnessing it from stars.