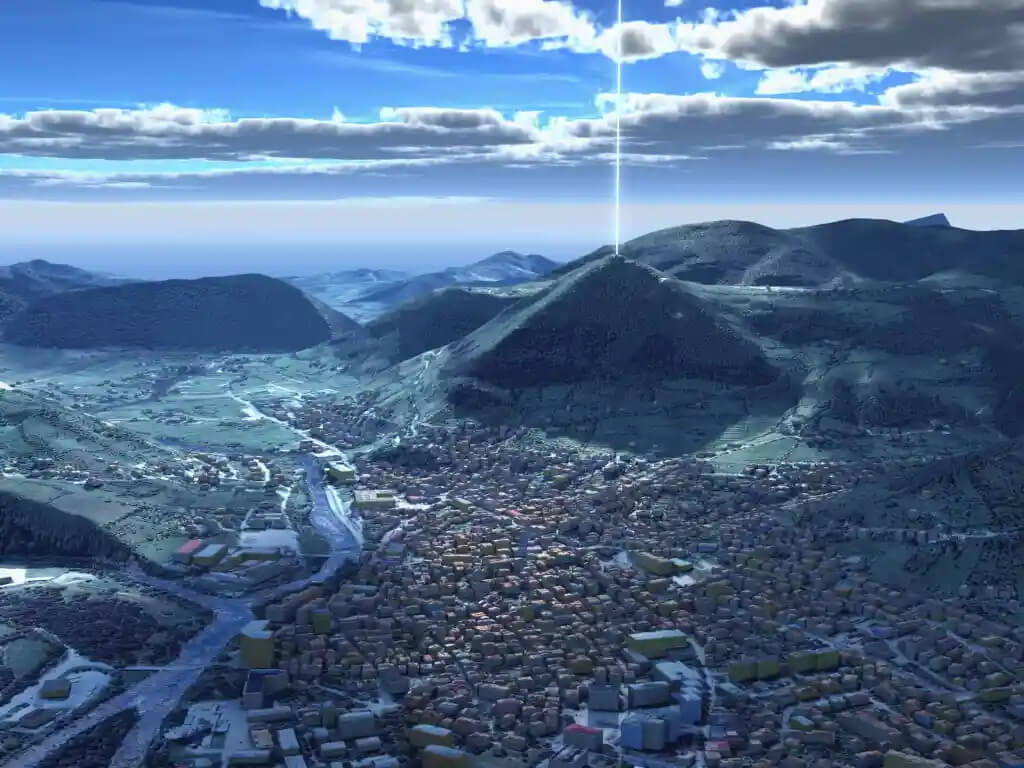 In ancient times, various cultures constructed pyramidal structures all around the globe. A lot of discovered pyramids might overshadow the famous Giza pyramids. Some are known as the tombs of ancient kings/queens, while the purpose of others is still a mystery. The discovery of Bosnia pyramids in 2005 baffled the archeologists as they had never thought that Europe would also have its own pyramids.

Are they the first ancient pyramids of Europe?

21 miles (35 kilometers) away from the north of Bosnia’s capital Sarajevo, there is a cluster of hills in Visoko which according to Semir Osmanagich are one of the oldest pyramids on Earth. The site was discovered in 2005 by Osmanagich and has been a tourist spot since then. Beneath the hills, there is a network of tunnels that connects the pyramids.

Osmanagich was born in Yugoslavia and emigrated to the United States when the Bosnian War broke out in 1992. He claimed to have discovered four pyramids and further stated that they were built by the lost civilization that is yet to be found. He believed that the people behind the construction of Mesoamerican and Egyptian pyramids also built the four pyramids of Bosnia and Herzegovina and that the pyramidal complex could be, according to his words, “the mother of all the pyramids.”

NBC wrote: “Osmanagic believes the hill was shaped by the Illyrian people, who inhabited the Balkan peninsula long before Slavic tribes conquered it around A.D. 600. Little is known about the Illyrians, but Osmanagic thinks they were more sophisticated than many experts have suggested.”

Experts from all around the world have studied and measured ultrasound, infrasound, infrared and electromagnetic fields of unknown origin at the top of the Bosnia pyramids of the Sun and Moon. A Finnish scientist named Heikki Savolainen performed a set of electromagnetic, ultrasonic, and infrasound recordings at the top of the Visoko pyramids, and the results were amazing. He found that the underground tunnels and the pyramid had a connection. That is what electromagnetic and ultrasonic radiation showed.

However, many researchers around the globe denied that the fact that Bosnia has any pyramid.

Savolainen said that those complex structures are about 29.200 years +/- 400 years old. The further analysis stated that the ultrasound beam found at the Bosnian Pyramid of the Sun comes in regular blocks of 9,3333 Hz with peaks up to 28.3000kHz.

Furthermore, energy screenings show that the ionization level has over 43,000 negative ions which is about 200 times higher than the average concentration which makes these underground chambers display healing properties.

Croatian physicist Dr. Slobodan Mizdrak registered the EM signal at 28 kHz at the top of The Bosnian Pyramid of The Sun in April of 2011. After him, researchers Dr. Paolo Debertolis, Heikki Savolainen B.E.E., Davor Jadrijević B.E.E., Goran Marjanović B.E.E., Goran Samouković B.E.E. and others confirmed the results of Dr. Mizdrak. Computer simulations of electric potential, direction and magnitude of electric field reveal an electromagnetic mechanism that generates the ultrasound.

Cosmic Internet At Bosnian Pyramid of the Sun

Dr. Semir Osmanagić made another shocking discovery that questions the history of Europe as well as Planet Earth. According to him, an energy phenomenon, popularly known as “Tesla’s Stationary Waves” was recorded at the top of the Pyramid of the Sun. These waves are believed to travel faster than the speed of light without losing power as they pass through cosmic bodies, enable the concept of a cosmic web or cosmic internet and almost instantaneous intergalactic communication in the universe.

This energy phenomenon allowed Osmanagić to believe in a hypothesis that the pyramids were used as energy boosters that send and receive information through the sun by the ancient civilizations. He said: “I wrote about the role of Mayan’s as the “cosmic watchmakers” and a civilization whose goal was to harmonize our Planet’s frequency with the Sun’s. This hypothesis I had, for the time being, Wikipedia Editors used as the “argument of discrediting.”

Additionally, he faced a lot of criticism and hate when he asserted that the Bosnian Pyramid of the Sun is the oldest in the world. “Our evidence of the oldest concrete of the best quality in the world which has been discovered on the Bosnian Pyramid of the Sun and the existence of the largest network of the prehistorical tunnels have caused the written petition of the European Archeological Association against our research,” Osmanagić wrote.

There are certain points explained by Dr. Osmanagić that dignify the importance of pyramids in cosmic studies. They read:

1. “The pyramid is most powerful of all geometric shapes in terms of the energies. If located over the potent energy spot, the pyramid becomes the energy amplifier. Under the Bosnian Pyramid of the Sun, there are iron plates (generating electromagnetic field), underground water flow (releasing negative ions), and the second one, deeper underground water flow, creates electricity together with the one from the above. Also, we find the natural magnetism, Orgone energy… These energy phenomena can be measured with our scientific instruments. But, how can we measure the energy phenomena for which we haven’t yet developed the scientific instruments?”

2. “During the archaeological excavations, we’ve discovered great amounts of quartz crystal on the surface of the Bosnian Pyramid of the Sun. It’s also found in the underground tunnels and most probably it can be found under the Pyramid itself. It’s well known that the quartz crystal is receiving and then amplifying the energies. The cavities (the underground tunnels) also amplify the energy. The spiral layout of the seven-leveled tunnel inside the Pyramid leads to the acceleration of the energy travel and to the amplification of its intensity.”

3. “The energy flow had greater intensity and it was much stronger. Our Planet was stronger and healthier in the past until the global catastrophe manifested and the last Ice Age occurred 12,000 years ago.”

A similar claim about pyramids was forwarded by alleged Russian Professor Genrikh Mavrikiyevich Ludvig. He claimed to have read secret files in the Vatican library, according to which pyramids in Egypt under certain ritual manipulations generate an energy-informational exchange with the cosmic mind. Nevertheless, other researchers have always disputed Dr. Osmanagić’s discovery and believe the Bosnia complex is not pyramids at all, but rather natural structures known as flatirons.