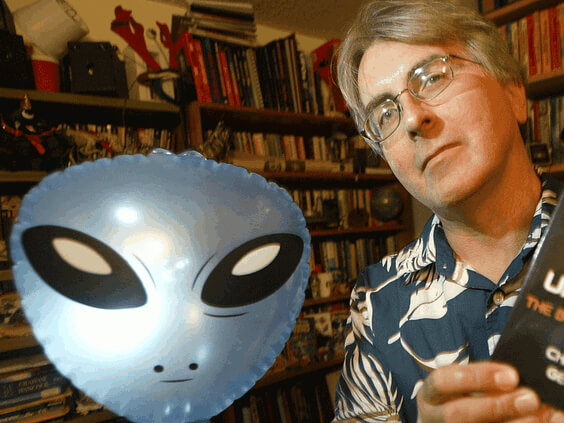 In the past few years, the US government has disclosed several UFO/UAPs documents that had been collected for decades. Still, it is not enough for UFO enthusiasts as they believe it is just the tip of the iceberg, the real treasure is still hidden. Like the US, Britain and Canada are also collecting UFO data, but most people are frustrated as they have not disclosed much in recent years.

Christopher Rutkowski, Canada’s top UFOlogist revealed that since 1989, his organization Ufology Research (formerly known as Ufology Research of Manitoba) had collected and analyzed Canadian UFO data. According to a 2017 survey done by his organization, around 1,101 sightings have been recorded in a year that makes an average of three sightings per day. It is considered the fifth highest number since they began collecting data in 1989.

The study indicates that people who witnessed unusual objects in the sky failed to provide any explanation. Most of the witnesses are the police, pilots, and military individuals. A report by VICE World News revealed that the Canadian Government, Royal Canadian Air Force (RCAF), and NORAD are actively reporting unidentified and identified flying objects. Timothy Sayle, Assistant Professor of History and Director of the International Relations Program said: “It concerns me that there is so much secrecy around this.”

Besides, Vice shared another report that states Canadian private company known as Nav Canada that owns and operates civil air navigation systems holds the most compelling UFO data, and it has no interest in sharing it with the public. Nav Canada provides Air Traffic Services, Aeronautical Information, and Air Navigation Technology. The company directs thousands of flights per day and has been storing data shared by professional pilots including UFO sightings.

“Nav Canada is also in direct communication with Canada’s military, quickly informing them of aviators’ sightings, like on the night of April 8, 2019

, when it alerted the air force after a WestJet flight approaching Regina ‘reported a white flashing light moving above’ 60,000 feet, which is well below most satellites and beyond the reach of any Canadian fighter jet.

Additionally, Nav Canada reported another sighting occurred on December 15, 2009. The report said, “Fort McMurray Tower observed a bright object northwest of the airport at 1450z (0750 local time) on December 15 and the object moved in a southerly direction initially then continued eastbound until it disappeared into the sunrise. Its altitude was unknown but was well above the horizon. The object moved from northwest to southeast and was in a straight line, with no erratic movements. The object was moving very fast and appeared too fast to be any commercial aircraft and was one solid bright light. JZA 334 was delayed on departure for about 4 minutes until the object was well east of the aircraft’s departure path.”

Sean Holman, an associate professor of journalism at Alberta’s Mount Royal University and a researcher who focuses on Canada’s freedom of information laws said: “We’ve often seen these kinds of situations come up where the government privatizes something, and then you’re no longer able to get the records related to that thing.”

He added that “Nav Canada essentially has discretionary power over the release of information about this issue. That makes it extraordinarily difficult for anyone seeking a greater understanding of these incidents.”