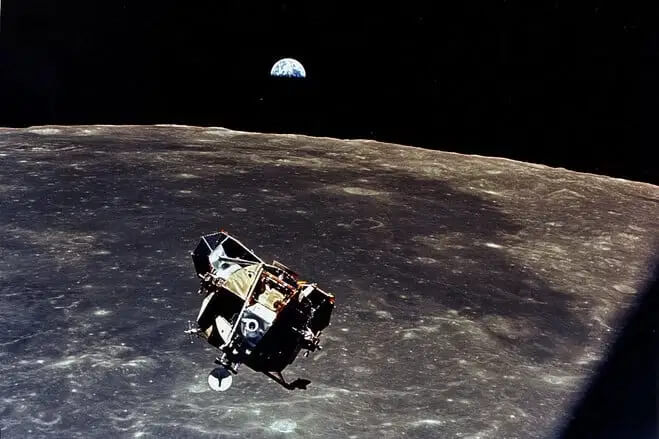 NASA’s new chief Bill Nelson has recently begun to study UFOs after the US government showed a serious interest in them. He personally does not believe that the UFOs are extraterrestrial and if that was the case then he would know.

Eventually, he stated that people cannot rule out the other possibility as well. NASA has been exploring space for a long time and there are chances that they have found a sign of aliens but hiding it from the public. There are some NASA legends such as Gordon Cooper, Edgar Mitchell and Story Musgrave, who are firm believers of UFOs.

NASA conspirators have a full assurance that the US space agency has been covering the evidence of UFOs since the first Apollo mission. Donna Hare claimed to have worked for NASA contactor Philco Ford in the early 1970s. She had a high-security clearance to walk in NASA’s photo lab and other departments.

During the Disclosure Project press conference, Hare revealed that NASA covered up and eliminated space anomalies such as UFOs from the satellite photos. Hare has got several awards in the space programs. She dedicated most of her time as a technical illustrator in space programs. She created lunar maps, landing slides and had been working 15 years as a sub-contractor for NASA.

She claimed to have access to a place known as “Building Eight,” from where she made contacts with high-ranking officials. Once, she walked into a restricted area which was NASA’s photo lab. She noticed the lab had photographs (mosaic) of the Moon taken from satellites. She was with a friend who pointed at one of the photographs and surprisingly, she saw a round white dot.

“I said to him what is that. Is that a dot on the emulsion? Then he’s grinning and he says dots on the emulsion don’t leave shadows on the ground. There was a round shadow at the correct angle.

I looked at him and I was pretty startled because I’d worked out there several years and never seen anything like this never heard of anything like this and I said is this a UFO and he’s smiling at me and he says I can’t tell you,” Hara said. She knew what he meant but could not tell. He said that their work was to airbrush them before putting into the public domain.

According to her, NASA had a protocol to alter the satellite images, and workers who were assigned to this program were put in quarantine. She was told by one of the sources that during one of the moon landings, three UFOs had landed. Subsequently, there was a codeword “Santa Claus” for these crafts.

No one was allowed to talk about these in public, otherwise they would face serious consequences after retirement. She remembered that one person from that secret program told her that every astronaut had seen those crafts during their space missions. She had never seen that man again but got his name which was given to Ufologist Dr. Steven Greer in a hope that he would find him.

Former US Air Force Sergeant Karl Wolfe, who died in a bike accident in 2018, was another person who shared a similar story. He also had top-secret clearance and worked at Langley Air Force base in Virginia, the USA.

Karl worked as a precision electronics photograph repairer for Nasa’s Lunar Orbiter Project. One day, he was taken into a lab by another worker who showed him a photo of artificial buildings at the lunar base. His death remains a mystery as many believe that he was killed for exposing top-secret documents.

Karl was not the only whistleblower whose death seems mysterious. Former U.S. Army Command Sgt. Major Robert Orel Dean claimed that when he worked for NATO in France, he read a document titled “The Assessment” in the 1960s. According to him, the document consisted the information about “photos of dead aliens, crashed UFOs and reports by military pilots and scientists.” Coincidentally, he also died a week before Karl’s death in 2018.