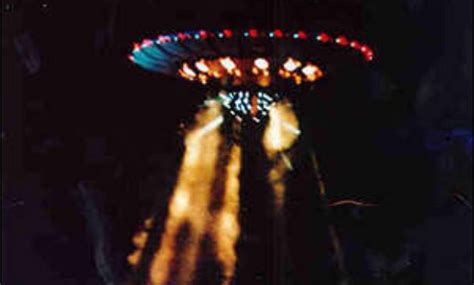 A man at Bluff City in Sullivan County, Tennessee claimed to have seen two sets of Christmas tree-like UFOs with lights. According to his testimony filed in Case 73064 in Mutual UFO Network (MUFON) witness reporting database, he was in a vehicle driven by a friend around 6 p.m. on December 10, 2015, as they were traveling along Chinquapin Grove Road during a drive from Cater County to Sullivan County.

The reporting witness was sitting in the passenger seat when he saw the UFOs to his left shortly and then to his right, just above the Holston Mountain. It appeared as if several UFOs flew in sets of two.

According to the reporting witness, one set was traveling side-by-side, while another set was hovering over the mountain, but they weren’t side-by-side, one was above the other. The witness went on to say that they resembled flashing Christmas trees, but no mountains or trees as their background because they were flying in the sky.

The witness said that each set had a different color as one appeared orange-red, and the other one had bluish-white. The witness believes other people could have seen these UFOs too.
The reporting witness and his friend stopped their vehicle along Weaver Pike Road and got out of the vehicle for a better vantage point.

They saw a helicopter with a spotlight going to the area following one of the unusual Christmas tree craft. They saw one flying at a low level with a sound similar to a jet, but much softer for the given distance. No videos or photos were included with the report filed on December 11, 2015.