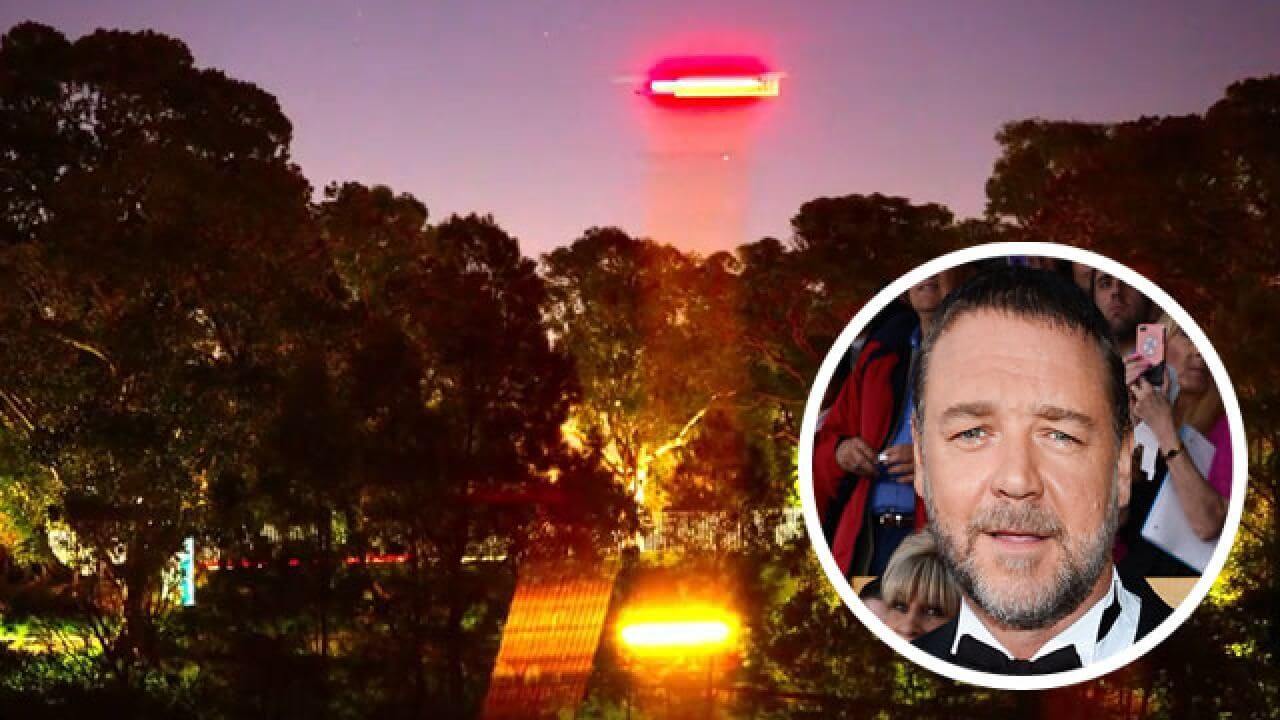 • Many people have stories about seeing UFOs in the sky. But somehow, people pay more attention when it is a well-known celebrity who claims to have had a UFO sighting. Here are some celebrities who have UFO stories of their own.

• Muhammed Ali – One of the most celebrated boxers of all time, Muhammed Ali saw no less than sixteen UFOs throughout his lifetime. In one incident, Ali saw two UFOs outside of New York City. “I happened to look up just before dawn, as I often do while running, and there hovering above us was this brilliant light hanging as if by an invisible thread.”

• Mick Jagger – In 1968, Rolling Stones front man Mick Jagger went on a camping trip with his girlfriend, Marianne Faithfull, where they both saw a luminous, cigar-shaped UFO. Then in 1969, on the same night as the band played the infamous Altamont Speedway Free Festival, Jagger saw a UFO while he was performing on stage.

• Kurt Russell – One evening in 1997, the actor Kurt Russell was piloting a small plane onto a Phoenix airport runway when he inexplicably saw a bank of lights in the shape of a triangle nearby. Years later, his partner Goldie Hawn was watching a television report on UFO sightings which featured ‘the Phoenix Lights’, the most reported UFO sighting of all time. Russell exclaimed to Hawn, “Wait a minute, that’s the night I was landing in Phoenix!”.

• January Jones – The ‘Mad Men’ actress January Jones was in her 20s in Iowa when she saw a light in the sky moving in an incredibly fast and erratic pattern. Jones joked that she was trying to figure out whether it was a spaceship or a shooting star.

• Kacey Musgraves – Singer Kacey Musgraves was attending a wedding when she joined a group of people headed to the beach. There, the group saw a UFO moving in an erratic flight path. The object even changed its shape as it crossed the sky. Musgraves says that she’s seen two other UFO sightings, one in Nashville and one in LA. Each time, there were people with her who could confirm the sighting.

• Russell Crowe – The actor Russell Crowe (pictured above) had set up a time-lapse camera outside his office in Sydney, Australia attempting to capture footage of some fruit bats. Instead of fruit bats, he discovered that he had filmed a strange glowing object in the sky that resembled a ship or a yacht. Crowe uploaded the video to YouTube where it attracted massive media attention and sparked many debates. (see video clip below)

Many people have stories about viewing real UFOs in the sky, perhaps some of those unidentified flying objects

carrying a crew of extraterrestrial life. Often these experiences are brushed off as figments of an overactive imagination however when a celebrity reports a sighting people pay attention.

Muhammed Ali
The most celebrated boxers of all time Muhammed Ali also claimed that in his lifetime he saw no less than sixteen UFOs. A UFO expert & author Timothy Green Beckley sat down with Muhammed Ali and was surprised by the amount of first-hand knowledge the boxer had about UFO sightings.

Muhammed Ali described to Green Beckley an encounter he had with two UFOs outside of New York City: “I happened to look up just before dawn, as I often do while running, and there hovering above us was this brilliant light hanging as if by an invisible thread.”

Olivia Newton-John is known for her singing career and her most notable acting role as Sandy in Grease. When she was just fifteen Newton-John claimed to have seen a real UFO, describing a silvery object

speeding through the sky. Ever since that night, Olivia Newton-John has been fascinated with all things extraterrestrial and firmly believes that we’re not alone in the universe.

Mick Jagger
Mick Jagger first claimed to spy a real UFO was in 1968 when he went on a camping trip with his then-girlfriend Marianne Faithfull. Jagger described the UFO as “luminous” and “cigar-shaped”.

The next encounter with a UFO was on the same night as the infamous Altamont Speedway Free Festival in 1969. Jagger claims to have seen another UFO while he was performing on stage. A UFO sighting might have been the least shocking event of the festival considering the disturbing deaths that occurred that night.