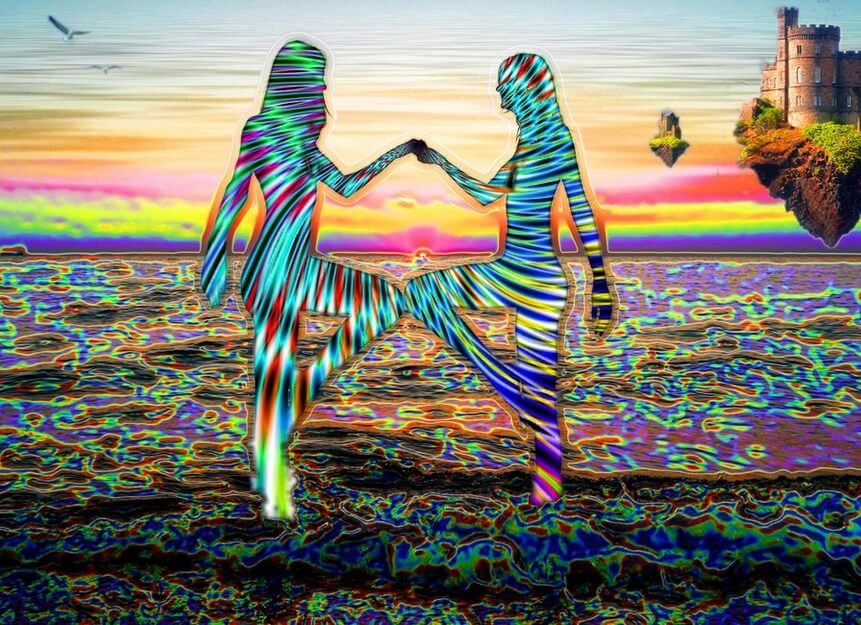 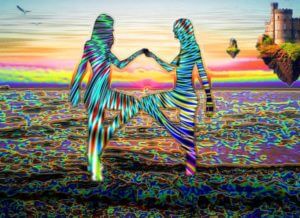 Science is dragging psychedelics out of stigma, suggesting they have a remarkable host of abilities in fighting addictions, depression — or tapping into the mystic.

In July 2015, 25-year-old programmer Mickael Bergeron Neron landed in the jungle bordering the city of Iquitos, the largest metropolis in the Peruvian Amazon. He was there for a spiritual retreat involving the use of ayahuasca, an herbal drink made from plants that grow in the Amazon jungle. Bergeron Neron would use his experience to try to get rid of “residual early trauma,” a vexing anxiety he had with girls. His previous experiences with psychedelics had fallen short, but this time, he was confident it would work.

“Early into the experience, I was merely feeling love. [Then], my whole body was lightning with love. Later, I was love. And yet later, I was a fountain pouring love. I got how life could not sustain itself without love. I was seeing that since my parents met and had me through love, I was a product of love and, by extension, love itself. I was shown that not only life, but the universe itself could not exist without love, and that, fundamentally, love makes up the whole universe. When I had the experience, I was not just part of the universe, but I was the universe itself.”

These are only some of the epiphanies Bergeron Neron experienced after consuming ayahuasca alongside 21 people, including several shamans and facilitators.

Officially, psychedelic drugs, or hallucinogens, are any of the so-called mind-expanding drugs that can induce states of altered perception and thought. The most common hallucinogens people consume are N,N-Dimethyltryptamine (DMT), ayahuasca, peyote, psilocybin, Lysergic acid diethylamide (LSD), and cannabis.

The field of archaeology has provided fossil evidence showing that the use of psychedelic substances in ritual ceremonies goes back 10,000 years. Psychoactive plants were used for centuries by indigenous Amazonians, who believed they permitted their “holy men” to treat physical and mental diseases and communicate with forebears and gods. In Hindu scriptures, we find descriptions of soma, a juice drink deriving from the fermented milky sap of Asclepias acida (a climbing plant found in mountainous areas), which supposedly opened the doors of the divine for its users. In ancient Egypt, high priests were thought to drink extracts from the psychoactive flower blue lotus of the Nile. In the Eleusinian Mysteries, the most renowned of all ancient Greek religious rites, we discover kykeon, a mixture of water, barley, herbs, and ground goat cheese, which supposedly causes drinkers to experience the mystery of death and rebirth.

“Τhere is a lot of scholarship arguing that the substance that is taken at the height of this mystery was some sort of psychedelic substance, and it is also argued that the experience helped even ancient Greek philosopher Plato form his philosophical understandings. Psychedelics might have deeply influenced the growth of Western civilization,” says William Barnard, professor of religious studies at SMU Dedman College of Humanities and Sciences.

Strange, however, that modern science still cannot offer an exact explanation of how hallucinogens work.

“Our understanding of how psychedelics work is very primitive,” says Roland Griffiths, professor of psychiatry and behavioral sciences at Johns Hopkins University School of Medicine. “These are fundamental experiences and changes in the field of consciousness. And there is a very core understanding about the nature of consciousness.” In fact, Griffiths believes it is debatable whether or not consciousness can be explained from a neurobiological basis.

“We have some hints, however,” he says. “One of the interesting observations that has been made repeatedly with psilocybin and other classic hallucinogens is a decrease in activity of the default mode network (DMN), which is the part of the brain that is associated with self-referential processes and anything related to ego, and whose activity is seen to increase per contra in depressive disorders.”

Griffiths’ studies have observed a similar decrease in the DMN functioning of long-term meditators. “Much of meditation reduces egoic control, and that maybe happens with psilocybin, and this is why with both meditation and psilocybin, people are brought into the compelling experience of the present moment. They become intensely aware of awareness; they just collapse into the present moment,” Griffiths says.

Barnard notes that psychedelics come with the remarkable ability of helping us tune in to other preexisting higher frequencies of consciousness that are screened out by brain activity. “This is because the primary function of the human brain is not consciousness, but survival, in a world where information may become overwhelming,” he says. Barnard adds that psychedelics can democratize the mystical experience: “There is an elite group of people more talented in being able to access these altered states of consciousness, and psychedelics can make spiritual experiences more accessible to all.”

Now back in his native Quebec, Canada, Bergeron Neron is amazed at how much calmer and more confident he feels, even more than two years after his experimentation with ayahuasca in Peru. But he is also baffled at the fact that many of the realizations he had during those two hours of “healing” later slipped through the cracks of his mind. “The ‘me’ prior to this experience would have been extremely judgmental of whoever reported this, saying this is nonsense New Age stuff, yet I am [telling] it to you right now,” Bergeron Neron says.

A recent data analysis showed that in the United States, psychedelic drugs like LSD, psilocybin mushrooms, peyote, and mescaline seem to be as popular among young Americans today as they were among their baby boomer parents in the 1960s and ’70s. These substances seem to be more than the spark plug behind the work of musicians, artists, and highly creative people with a recalcitrant streak—their scope has been extended into mainstream scientific research. “Yet, for almost 47 years now, these drugs are classified as Schedule 1 drugs, meaning that prescriptions may not be written for them, nor are they readily available for clinical use,” says Barnard.

It was in 1970 when U.S. President Richard Nixon signed the Controlled Substances Act, which deemed psychedelics to be of no medical value and to have a high potential for abuse, particularly by youth, putting the final nail in the coffin of an insurrectional drive to expand the human mind. Soon afterward, science rather buckled under the pressure of the times and ceased looking into the properties of psychedelics for at least 20 years after their embargo.

But as the 1990s rolled along, they marshaled a reignited interest in the use of mind-bending substances. A barrage of mainstream scientific studies started revisiting the effects of psychoactive substances on spiritual wellness and management of pain or addictions. In 1991, Michael Winkelman wrote “Therapeutic Effects of Hallucinogens.” In 1999, Thomas Lyttle saw Psychedelics Reimagined; in 2012, Ben Sessa devoted a book to The Psychedelic Renaissance; in 2017, William Barnard published “Psi and Psychedelics; Meditation and Mysticism: Religion, Science, and Non-Ordinary States of Consciousness,” and Roland Griffiths (alongside Matthew Johnson) wrote “Potential Therapeutic Effects of Psilocybin.” For the past 27 years, the scientific community has been literally teeming with studies dedicated to mind-expanding drugs.

So are we all now free to take them and bask in the euphoric feelings of a mystical experience feeling completely safe? “Our work should not be interpreted as such,” Griffiths answers. “In our lab work, we screen out, for example, individuals with personal or family histories of psychotic illnesses, and we still see some people having difficult experiences. We should not forget that schizophrenia doesn’t manifest until a person’s late teens or early twenties, a time from which experimentation with similar substances could start off. Even though these drugs are not addictive, they are not for all, and some people might end up with enduring psychological and psychiatric problems. We are talking about a very small percentage, but we should still be very cautious”

Psychedelics remain Schedule 1 drugs in the United States (and their ranking is not better in most other countries, as they are fully banned in the UK and Japan, for example), right next to heroine and one notch above cocaine (which is Schedule 2) on the ladder of toxic jeopardy — while so far, none of the psychedelics renaissance studies have translated into law enforcement policy in the countries where they are prohibited.

“There are several reasons why this happens,” Barnard says. “One can be traced back to the counterculture of the ’60s. When people took LSD, they tended to actively question some of the central assumptions of Western society. They tended to protest—something extremely threatening to ‘The Powers That Be.’” But there is also this Western need to approve of only a circumscribed spectrum of states of consciousness. As Barnard puts it: