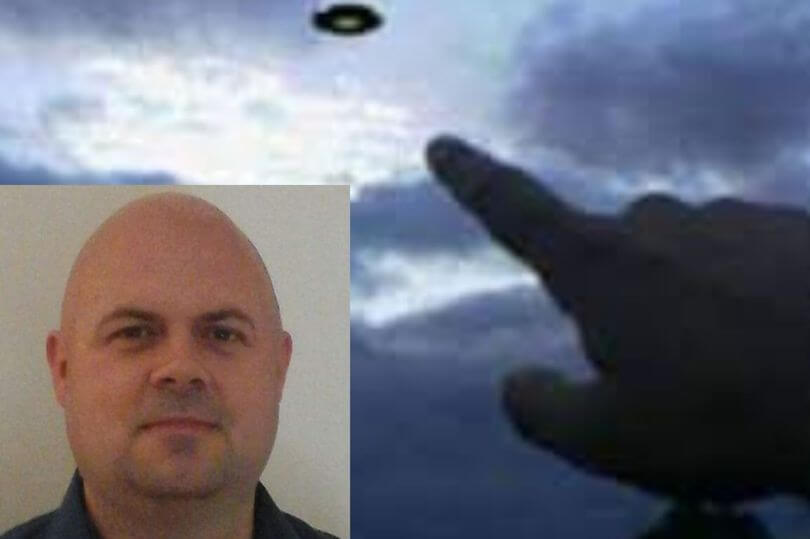 For most people, UFOs are a source of intrigue and the extra-terrestrial is reserved for sci-fi Netflix binges.

“I’ve been interested in this line of work for as long as I can remember” said Glen, 45, who works as a mental health care assistant when he’s not chasing UFOs.

“But it was one story from my late-father that really inspired me- because he was a very skeptical man.”

“He told me that one night, before I was born, he awoke around 2 or 3 in the morning to the sound of a vacuum cleaner. He ventured downstairs expecting to find my mum, but instead, saw a very big, bright, yellow and orange blinding light coming from outside the window.

“He went to take a closer look, it lit up the sky for a few more seconds, and then it vanished.”

Glen was captivated by the tale, and eagerly consumed as many books and articles on the topic as he could get his hands on. Soon, he began travelling the length and breadth of the UK to meet people who alleged they had witnessed similar phenomena.

He said the most compelling case he’s dealt with over the last 20 years involved a woman from Northumberland, who came forward 2 years ago saying she’d seen an unrecognizable object in the sky followed by two Apache helicopters.

“Through my investigations on that case I spoke to a gentleman from the Ministry of Defense” said Glen.

“He confirmed there were 3 Apache helicopters deployed at the same time and location.”

“It might not mean a lot to other people, but to me it validated her sighting of an unrecognizable object. She was adamant that the third was not a helicopter.”

Glen said the North East is somewhat of a “hotspot” for sightings, with many reports coming in over the last few years, including across Hartlepool.

There was a particular ‘abduction’ case in the borough, which refers to an individual claiming that they have been taken by an extra-terrestrial force. Glen said in these instances people often state they have been transferred to a craft or experimented on.

“It was a sensitive case” said Glen. “A man in Hartlepool complained of missing time while he was a awake, and a triangular shaped craft outside his room when he went to sleep.”

“He said these things happened to him on 3 separate occasions during the 1980s” he added.

Glen said he feels there is a difference between these ‘abduction’ scenarios and hallucinations he observes in his job as a mental health worker.

“These witnesses don’t just come out with their visions, they act very cautiously” he said.

“Often it’ll start with them describing a sighting, and once they trust you, they’ll confide in you about something more.”

According to Glen, the nature of Ufology has changed over the years, especially with the advancement of smart phones and other video technology.

“I’m not necessarily saying there are more UFO’s” he said. “But there’s definitely more people capturing them.”

“And this means some of the stigma attached to reporting UFO’s is falling away, people are feeling more confident than ever coming forward.”

He believes the stigma attached to being a UFO researcher is also easing: “When I first started- there was a lot of name-calling and friends and colleagues taking the mick, but that’s settled down now.”

“I’m part of a strong community of researchers and we are all in it for the same reasons” he said “To help people and to gather as much information as possible to substantiate that there is life out there. It would be an amazing discovery.”

It’s clear that Glen believes that some UFOs are more than just unidentified flying objects, and that there is the potential for alien life.

“There will be a lot of logical explanations for UFOs or abductions- no one can deny that. A perfect example is a bird flying, sometimes at certain angles they are hard to distinguish” he said.

“But, there’s a small amount that just can’t be explained, and for that reason, I do believe there is something else going on.

“Regardless of whether you believe in evolution or religious arguments, it seems highly unlikely that we are the only life out there.