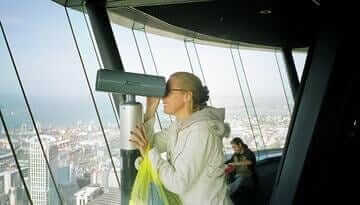 “In the deepest sense the search for extraterrestrial intelligence is a search for ourselves”  – Carl Sagan, American astronomer

It is an understatement to say that the time has arrived for a serious and open international dialogue regarding the possibility of future interplanetary relations. In no other area of human experience has so much evidence existed for so long, and yet been attended by such a paucity of serious research and analysis – at least in the civilian domain. While the subject matter of UFOs itself is extraordinary, it is the absence of a serious human response to it that is most extraordinary. – Dr. Steven Greer

“Our sun is one of 100 billion stars in our galaxy. Our galaxy is one of the billions of galaxies populating the universe. It would be the height of presumption to think that we are the only living things within that enormous immensity.” – Werner von Braun

“If it is just us, seems like an awful waste of space.” – Carl Sagan

“A time will come when men will stretch out their eyes. They should see planets like our Earth.”
― Christopher Wren

“Either way, the urge to know more about the universe seems to me irresistible, and I cannot imagine that anybody of truly poetic sensibility could disagree.” ― Richard Dawkins

“In our time this search [for extraterrestrial life] will eventually change our laws, our religions, our philosophies, our arts, our recreations, as well as our sciences. Space, the mirror, waits for life to come look for itself there.“ — Ray Bradbury

“Two possibilities exist: Either we are alone in the Universe or we are not. Both are equally terrifying.” – Arthur C. Clarke

“To consider the Earth as the only populated world in infinite space is as absurd as to assert that in an entire field sown with millet, only one grain will grow.” — Metrodorus of Chios, 4th century BCE.

“The earth is not alone, it is not like a single apple on a tree; there are many apples on the tree, and there are many trees in the orchard.” — John Burroughs, The Breadth of Life, 1915.

“A single message from space will show that it is possible to live through technological adolescence… It is possible that the future of human civilization depends on the receipt of interstellar messages.” — Carl Sagan, ‘The Quest for Extraterrestrial Intelligence.’ Smithsonian magazine, May 1978.

We Are What the world Has Been Waiting For!